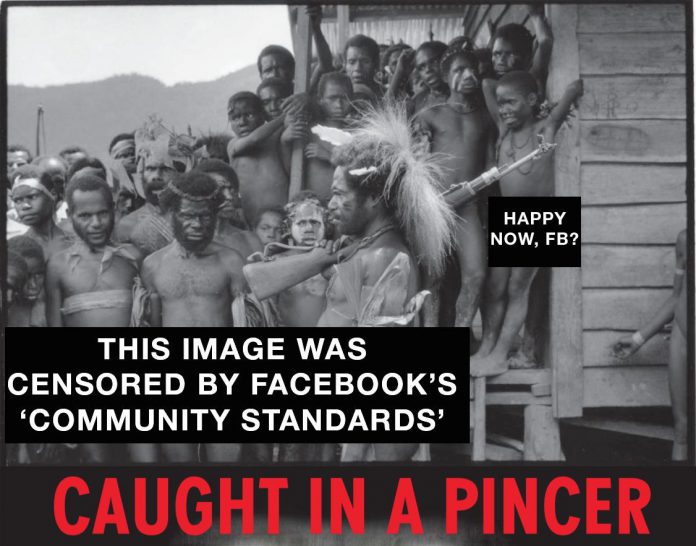 Facebook has censored a West Papuan image by a Vanuatu-based photojournalist for the second time in less than four days – this time “within one minute” after the photograph was posted.

Port Vila resident Ben Bohane has specialised in Melanesian, kastom (custom) and conflict photography for more than two decades. He runs the agency Wakaphotos and is the author of the book The Black Islands: Spirit and War in Melanesia.

Last weekend, a two-page feature spread authored by him about a perceived threat to the region’s stability because of Indonesian political influence in the Melanesian Spearhead Group was published by the Vanuatu Daily Post under the headline “Caught in a pincer”.

READ MORE: The Vanuatu Daily Post feature and photo that sparked the fuss

The article was subsequently republished in the Pacific Media Centre’s Asia Pacific Report on Monday under the headline “China? No, let’s face the elephant in the Pacific room”,

The photo has previously appeared in The Black Islands and other outlets, and can be seen in a 2006 Bohane photoessay at Pacific Journalism Review.

He told Pacific Media Watch that within one minute he was “notified that the content has been removed and I am now banned from posting anything on FB for 24 hours”.

“Facebook seems to be censoring West Papuan images of mine used in news stories, saying they don’t meet ‘Community Standards’ because of “nudity”.

“Either that or the Indonesian government is reporting the images to be removed because they don’t want Papuan resistance photos spread on the web.

“Memo to Facebook – this is how Papuans live! Your ‘Community Standards’ obviously don’t include Melanesian culture.

“I have sent FB messages to complain, as have some regional news media outlets, and am posting images here as a test to see if they will be removed again and the problem persists….” 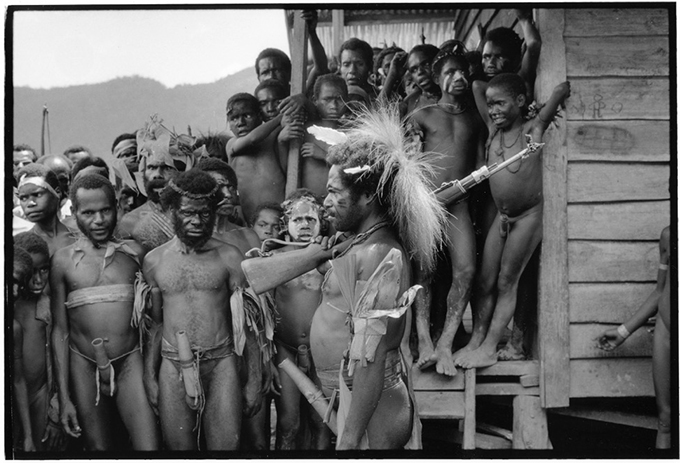 THE ORIGINAL PHOTO BEFORE BEING CENSORED BY FACEBOOK: West Papua: An OPM guerrilla with cassowary headdress during an independence flag-raising ceremony in the Highlands, 1995. © Ben Bohane