TRIBUTE: By Geoff Lealand in Auckland

David Beatson, broadcaster, editor, journalist, public intellectual and media visionary, proposed a new, or renewed, role for New Zealand public broadcasting in anticipating and managing risk – such as natural disasters and technological crises, says an academic in his public tribute.

Speaking at an inaugural memorial lecture in Ponsonby today celebrating the life of Beatson, Associate Professor Geoff Lealand of Waikato University said that when he died last year New Zealand had “lost a champion for public media and he will continue to be missed”.

The inaugural lecture to a packed Leys Institute library hall was organised by the Better Public Media Trust and preceded a panel debate by Broadcasting and Communications Minister Clare Curran and Radio New Zealand chief executive Paul Thompson about the planned “evolution” of RNZ into RNZ+.

I do feel privileged in being asked to deliver this inaugural David Beatson lecture today, and in such auspicious company. It will be a short speech and I will try not to meander (even though my opening remarks may seem a little oblique). 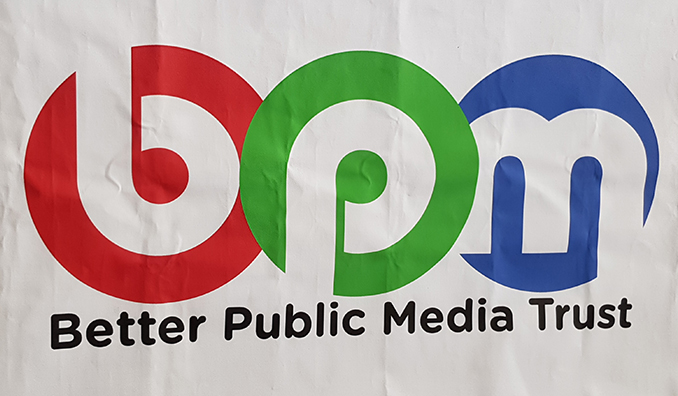 Others have lauded David’s contributions to the intellectual life of New Zealand—and to public media in this country, in particular. My role really is to remind us of his legacy, and how we need to keep steadfast in our advocacy (even though things are looking a little rosier than this time last year).

My first encounter with David was in the mid-1980s when he was the editor of the New Zealand Listener, working out of the Bowen State Building in Wellington (in the days when it was a publication less obsessed with house prices and health scares). I was working in the same building, in the Audience Research Unit of BCNZ; my first job in NZ after returning from studies in the United States and a position at the British Film Institute.

My role was to do qualitative audience research (the kind of research which investigates the motivations and responses to media content). It was also my first illuminating experience with ratings; quantitative measurements which claim to record “presence in a room where a TV set is on”. This experience led to a deep and abiding disbelief in the efficacy of this way of describing audience behaviour.

But that is a topic for another day. The reason why I sought out David was because I had started writing a regular column for the Listener about audience research, mainly working with David’s deputy editor Helen Paske. I wandered down the halls of the building one day, to suggest to David that I could also write an occasional book review, starting with a piece on a monograph by Massey University sociologist Brennon Wood, applying Marxist theory to an analysis of television news.

I still remember the look of complete disbelief on David’s face at the sheer audacity of anyone coupling Karl Marx with the production of television. At this point I realised that our politics didn’t match, for I was more receptive to the idea that news production embodied processes of power, reinforcement of political norms, and implied assent from viewers.

But this did not inhibit friendly conversations when we met again, in the ensuing years. One thing I always liked about David was his willingness to listen to and acknowledge that academics had something useful to add to debates about the role of the media in NZ life (the same cannot be said of some of his contemporaries!).

David had a rich life-time experience of broadcasting, which stood in strong contrast to the politicians and politically appointed members of various boards who fiddled around with broadcasting without really knowing what they doing (there were both Labour and National examples). David had a deep understanding of that territory.

He was a man of integrity. In my experience, a person with principles who didn’t play games. Those were not qualities you could take for granted in the fields of politics or broadcasting administration.

He had known NZ broadcasting when it still had a public service spirit, and he remained wonderfully loyal to that. The history of the last 30 years has been the gradual victory of commercialism and populism over public service. David kept the faith, and it mattered so much to him that he never stopped trying—trying to hold back the tide. Whenever I met him in his last years, he would talk of new initiatives, new possibilities. He never stopped campaigning.

Roger declares David as a great defender of the idea of public service at its best. In his own words, he grew up in a world where the communicator’s basic task was defined simply: inform, educate and entertain, ie not to pontificate, declare viewpoint nor share personal prejudices or judgements.

Furthermore, David believed that the core values of the news media should be fairness and equity—because it is in the common interest that public media delivers those important non-commercial values in ways that reflect the needs and interests of the diverse communities that must interact in our society.

Innovative thinker
He was also an innovative thinker. Even in the late months of his life, when he was wheelchair-bound, he was offering challenging and innovative ideas (his iMedia/Public Media Project) for ways of protecting and promoting public media spaces and voices, framed with an acute awareness that technology was bringing enormous changes in media production and delivery, and that things could never be the same again. But it was not a nostalgia for times past, but motivated by the need to preserve the best of media in the new environment, which in David’s words was eating the New Zealand mainstream media’s lunch…dinner…and breakfast.

The last time I heard a public presentation from David was the address he gave to the AGENDA 2020 seminar at Auckland University of Technology last year. He provided an overview of the challenges facing the media (both globally and locally), then revealed one of his new initiatives, new possibilities. He proposed a new (or renewed?) role for New Zealand broadcasting—television in particular—in anticipating and managing risk—most particularly, natural and technological crises, with their potential to disrupt life in both the short term and long term.

I think we have seen sufficient recent examples, both local and global, of the urgency for crisis management. David’s proposals to use very significant spare capacity for advertising-free, New Zealand ‘public goods’ local content, for periods of national or regional states of emergency, interaction, and local content neglected by mainstream broadcasters. I doubt that David had any time for a laissez-faire or a ‘she’ll be right’ attitude to all aspects of NZ life, and this also would have applied to the looming possibilities of disaster.

Coincidentally, I have friends in Helensville who were still waiting for reconnection of electricity a full week after the storms of two weeks ago. David would have pointed to this event as an example of risk realised (the lack of communication between Vector and customers was a recurrent complaint, together with suggestions of degraded infrastructure). This was an event of medium magnitude; we can longer dismiss the possibility of events of greater magnitude.

When David died, we lost a champion for public media and he will continue to be missed. Others will need to step up (and I think that BPM is one) to fill the space; space which too easily gets colonised by self-appointed, no-nothing commentators and simplistic thinkers (you know who I mean).

As Roger comments, many New Zealander’s alive today have grown up in a world of neoliberal thinking and lack any clear understanding of the principles of public service broadcasting. In remembering David, we need also to remember that concept and that tradition!

I roto i te mahara (In loving memory), David. 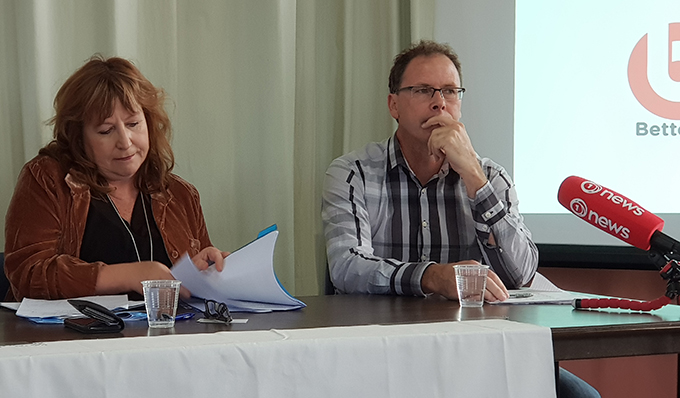