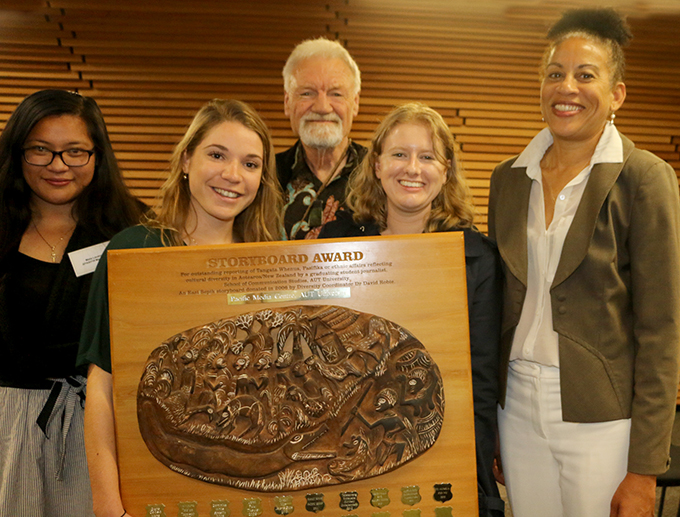 Hele Ikimotu was awarded the John Foy Memorial Award for broadcast journalism and will be flying to Fiji tomorrow to continue the Bearing Witness climate change project this year.

‘Great honour’
Cleaver and Hutt both travelled to Fiji last year where they created a multimedia feature on the Fijian village of Tukuraki, which was hit by a deadly landslide and two cyclones in the space of five years.

The project also won the Dart Asia-Pacific Prize for Journalism and Trauma at the annual Ossie Awards for Student Journalism at Newcastle, NSW, last December.

Cleaver is now editor of Debate Magazine and Hutt is a reporter with the North Shore Times.

Hutt said it was a great honour to receive this award.

“This award is not just our award, it is also Tukuraki’s award for letting us come up to the community and let us tell their story. I think it had only been told in Fijian media and ABC Australia,” said Hutt.

‘Journalism highlight’
Cleaver said her time in Fiji was a moving experience. “It was a privilege to be a journalist and hear these people’s stories. When else would you get to hear these people’s personal testimonies from someone who has been through so much as well.”

“The Pacific Media Centre has been so supportive to both of us throughout this process. Thanks so much to Professor David Robie and everyone else involved,” said Cleaver.

“The trip was a journalism highlight. This is why I wanted to get into journalism.”

“It’s so awesome that Dr Robie is driving this PMC project. It needs someone passionate to keep it going and it’s such a privilege to be a part of that.” 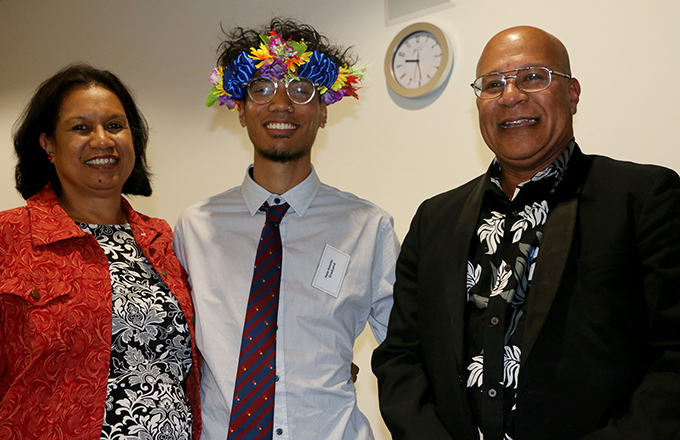 Louise Matthews, curriculum leader of AUT’s journalism programme, presented the award to Ikimotu and said he “aced” his undergraduate courses and stayed on to do postgraduate study this year.

Ikimotu thanked God, the John Foy Memorial Trust sponsors and his “supportive and inspiring” journalism tutors in his acceptance speech.

“I’m so excited and nervous to go over there. I come from an ancestry of storytellers. There are times I doubted I had the ability to be a good storyteller but this award has affirmed I have what it takes, and I’m so excited to see where journalism takes me.

“I’m so excited to use it as a platform for my people and continue being a voice for the Pacific. I was born in the Islands and I know my family back home are proud that I’m doing it and representing them.”

Ikimotu leaves for Fiji tomorrow with fellow participant Blessen Tom to carry on this year’s version of the Bearing Witness project.

Ikimotu and Tom will be heading on a two-week climate change mission to the main island of Viti Levu where they will be interviewing local people who are directly affected by the devastating effects of climate change in the Pacific.

Ikimotu and Tom will be searching for stories, interviewing people directly affected by climate change and reporting directly for Asia Pacific Report, Wansolwara and other media. 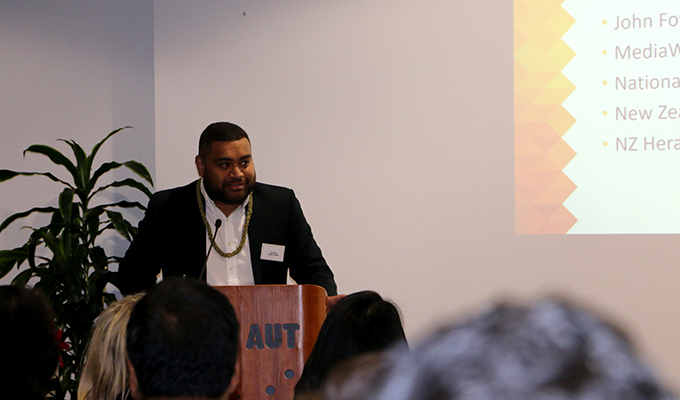 Tagata Pasifika’s master of ceremonies John Pulu, an AUT graduate and past winner of the Storyboard for diversity journalism, entertained the audience with his witty remarks. Image: Del Abcede/PMC.