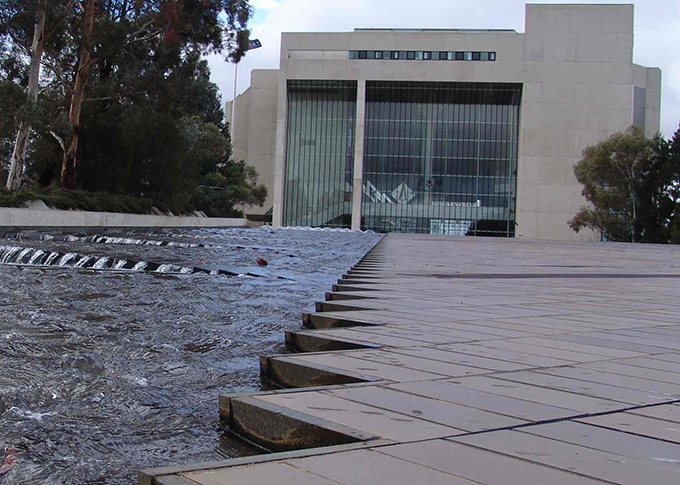 The decision to terminate a long-standing arrangement that saw the Australian High Court act as a partial appellate court for Nauru, as reported last week, has heightened concerns about Nauru’s appropriateness as a venue for an Australian immigration detention centre.

The timing of the decision – 90 days’ notice of the termination was quietly given to the Australian Government on 13 December – appears to have been designed to block the avenue of appeal for 19 citizens (several former Nauruan MPs among them) charged over a 2015 protest outside the Parliament of Nauru.

However, it has also served to further erode the rights of hundreds of asylum seekers, including dozens of children, currently in Nauru.

The cancelled court arrangement had been in place since 1976, yet determined only 16 cases in total. Thirteen of those cases were heard in 2017, with 11 brought by asylum seekers disputing the refusal of refugee status.

Of those 11 cases, only one was dismissed. Eight were successful, and two were dropped due to refugee status being granted in the interim.

Nauru has declared it will set up its own court of appeal, but in the meantime asylum seekers are denied the basic legal right of appeal.

Australia supports Nauru’s sovereignty and its December 2017 decision to terminate the treaty in advance of the nation’s 50th anniversary of independence.

Secretive nature
Australia is right to support Nauru’s assertion of sovereignty, and the removal of this somewhat awkward arrangement – an oddity the Australian Law Reform Commission recommended terminating in 2001.

But Australia also needs to question the secretive nature of the announcement, its politically motivated timing, and the fact that the termination took effect before an alternative appeals court could be established.

Several legal rulings and a Senate inquiry have determined that Australia has a duty of care in relation to the asylum seekers in our facilities, regardless of their location, and this development indicates a further blow to the rights of an already vulnerable population.

This shutdown of a legal avenue of appeal is not the only reason to question the ongoing appropriateness of Nauru as a site for Australia’s immigration detention centre.

In the past few months, a steady stream of cases have demonstrated Nauru’s lack of capacity to deal with the mounting number of health issues among asylum seekers held on the island.

Despite Australia’s claim that “healthcare in Nauru is the responsibility of the government of Nauru”, in reality, Nauru is unable to meet asylum seekers’ needs.

The Australian government’s own health contractor on the island has declared the hospital in Nauru to be unsafe for surgery, and Nauru has no permanent specialist child psychiatrists.

Suicide risk
In 2018 alone, there have been two cases (here and here) of juveniles at acute risk of suicide on Nauru being ordered by Australian courts to be transferred to Australia for treatment.

Taiwan has also been used as an alternative venue for surgical treatment not available in Nauru. Because Taiwan is not a UN member state, and therefore not party to the 1951 Refugee Convention, refugees transferred there cannot claim protection on their arrival.

A consideration of Australia’s duty of care in relation to the asylum seekers housed on Nauru begs the question of why Australia continues to doggedly prioritise the US resettlement deal to the exclusion of all other options?

This is particularly pertinent in light of President Donald Trump’s recent escalation of negativity towards immigrants and refugees, and the slow pace at which the US deal is unfolding.

UNHCR Director of the Regional Bureau for Asia and the Pacific in Geneva, Indrika Ratwatte, recently urged the Australian government to reconsider the offer by New Zealand Prime Minister Jacinda Ardern made in November, and reaffirmed this week.

By doing so, Australia could quickly bring an end to the suffering of many of the detainees who remain on Nauru.

Ultimately, Australia needs to recognise that the asylum seekers on Nauru are its responsibility, and that Nauru’s declining ability to provide them with adequate care and basic rights is a problem that must be solved.

Erin Harris is a research associate at the Lowy Institute, where she works with both the Diplomacy and Public Opinion Programme and the Digital Program. Her research interests include gender, development and the Pacific. This article originally appeared on The Interpreter, published by the Lowy Institute and is republished with the permission of the author.