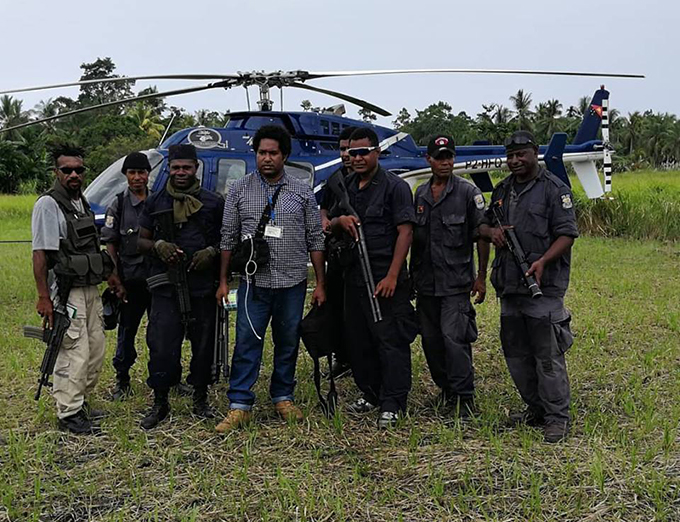 In the ongoing saga of stopping illegal logging in Papua New Guinea’s Oro province, our facts reveal that the PNG Forest Authority is failing our people.

A network exists whereby a few corrupt public servants in both Oro and the PNG Forest Authority have helped facilitate fraud and theft of resources worth millions. This network exists in every province where there is illegal logging occurring.

In Oro we have identified those involved and they shall be dealt with.

Meanwhile, our investigations reveal that PNGFA is negligent in its efforts and has been facilitating the theft of our forest resources for decades, it is complicit in the transnational crimes being committed and those who process the paperwork are in fact accomplices.

Despite all the government rhetoric about stopping illegal logging such as the SABLs and being concerned about the environment, the truth is, that this government entity, designed and created for the purpose of protecting PNG interests – PNG resources –  is in fact failing miserably in its mandate and is assisting transnational criminal cartels steal our forest reources.

What is the point of an organisation we pay for with our taxes to serve transnational criminal cartels and sell us out?

Pretext and fraud
Every month, shipments worth millions leave our shores – forest resources obtained under pretext and fraud, leaving behind destroyed landscapes, polluted waterways, and miserable landowners who have either been fooled or contemptuously mistreated and intimidated by corrupt elements of the public service and police.

But we can stop it.

If we know about it and do nothing, we too are complicit.

I am doing something about it. I need you to stand with me and demand that the PNGFA and its Chairman, David Dotaon,a and its minister, Douglas Tomuriesa, and its entire department act to stop these crimes against Papua New Guinea and our people and protect our forest resources.

Immediately review all licences granted to logging and you will find:

Engage army and police
You can engage the army and the police to shut down all such operations and seize and auction all machinery.

If they sue us, so what? They are running illegal operations of a transnational criminal nature and they will lose in court.

Finally, some of the proceeds can be used to compensate genuine landowners.

Just give me the resources and let me select a team of great, patriotic policemen, soldiers; Labour, Migration, IRC and Customs officers, state lawyers – and watch.

The mandate of this forests department besides protecting Papua New Guinea interests at all times is to develop clever innovative strategies to use our forest resources in a sustainable manner.

There are options whereby the vast forest resources that provide us such a rich life do not need to be destroyed. We don’t need to destroy our forests so that we can progress. 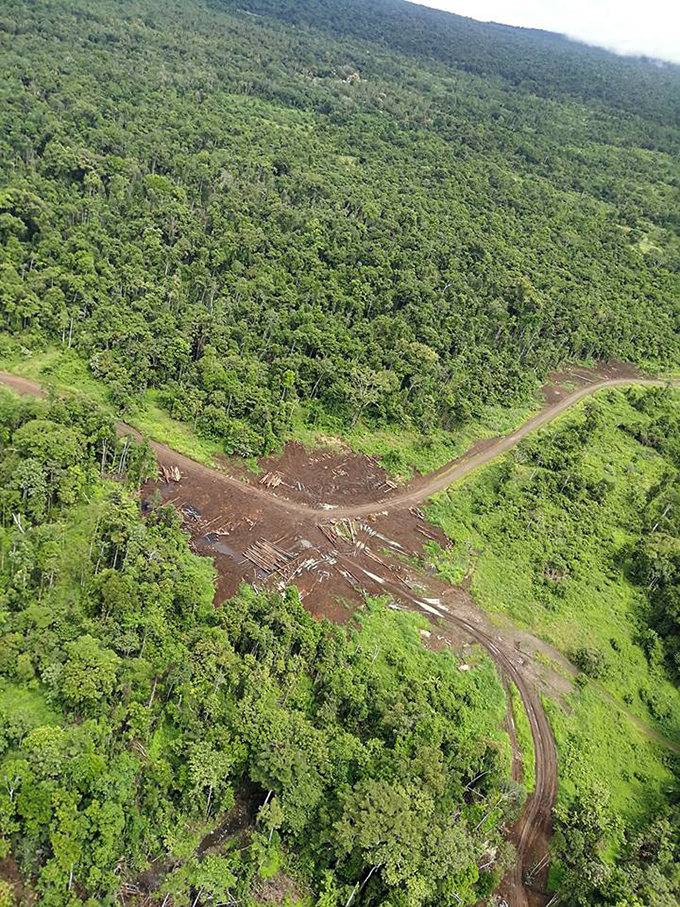 Illegal logging in Oro province … “We don’t need to destroy our forests so that we can progress.” Image: Gary Juffa/FB

Sustainable alternatives
At a time when the world is facing a global warming disaster, we can do our bit by preserving our forests and finding alternative means of income using forest products in a sustainable manner.

Yet after 40 years, we have silently and meekly allowed pirates to raid our shores and accept a few measly kina in compensation.

For each shipment worth about K6 million (K2.6 million), we accept less then K100,000 (NZ$43,000). Where is the common sense in this? For each forest cut down, thousands of species of flora and fauna are devastated and some may never recover.

We are destroying our natural home so we can live in an unnatural home … in pursuit of money and material goods so we can be “happy” because someone who we thought was more educated and civilised told us so.

But we will never be happy in this endless pursuit of the unnatural, living in an unnatural world where unnatural leaders make unnatural decisions that cause us more misery – naturally. We are only chasing illusions of happiness.

Certainly if we continue to allow this, if we are thinking, intelligent patriots, as we so often like to tell one another, then we are truly failing ourselves, our nation and our future.

It can be done  – it just needs all of us to rise up and do it together.

Gary Juffa is an Opposition MP in the Papua New Guinean National Parliament and Governor of Oro (Northern) Province. This commentary was first published on his Facebook page.