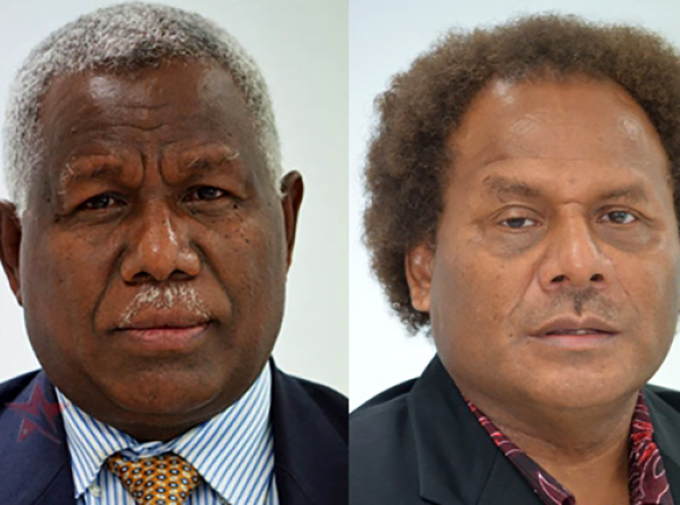 SIBC reports Houenipwela is considered the better candidate by the public.

In government for seven years, Houenipwela’s top priorities if elected are political and fiscal stability.

He told Solomon Star News these were the fundamental reasons the Democratic Alliance Party switched from the opposition to the caretaker government.

Houenipwela also told SIBC the DAP made the move in an effort to form a new coalition which would provide the nation with desperately needed political stability.

‘Never accepted’ money
“Political and fiscal stability underpin the general stability of any nation and these were the fundamental reasons for switching sides.

“We did not join the caretaker government in search of positions or in search of money. We were never offered any money because everyone in Parliament knows that when we were offered money, we never accepted them,” Houenipwela said.

Houenipwela’s DAP walked away from the opposition due to a lack of consultation over a proposed cabinet line-up, he said.

The DAP’s move comes amidst a three week period which has been marked by changed allegiances and moves to consolidate power.

Solomon Star News reports the Heritage Park Hotel camp is now comprised of the Kadere Party, People’s Alliance Party, People’s First Party and the DAP, bringing their numbers up from 23 to 30.

Houenipwela confirmed the caretaker government coalition partners consist of the two political parties that formerly made up the opposition and three political parties of the former Sogavare-led Democratic Coalition for Change Government (DCCG).

Fugui announces policies
Opposition candidate for prime minister, Fugui, told SIBC the value leaders placed on their duty to the nation was more important than setting political and fiscal stability as priorities, as good governance and a stable economy result from leaders valuing their role.

The group which nominated Houenipwela included former Prime Minister Manasseh Sogavare, who was ousted last week following a 27 to 23 no-confidence vote, after initially refusing to resign.

Fugui said Sogavare should withdraw support of the Indonesian-ruled region and not waste the Solomon Islands time, as Papua New Guinea had not been advocating for West Papua.

Sogavare hit-back in his rebuttal and said the government’s position must be consistent with its position on New Caledonia’s independence, French Polynesia’s decolonisation agenda and Taiwan’s bid for United Nations membership.

He added the Solomon Islands must stand beside its Melanesian brothers and sisters, as they did not enjoy the same basic rights.

Sogavare survived a no-confidence motion in October 2006 despite deteriorating relations with Australia, but did not survive a vote of no-confidence in December 2007.

The election of Houenipwela or Fugui to the top post of prime minister takes place on Wednesday, November 15 at 9.30am.