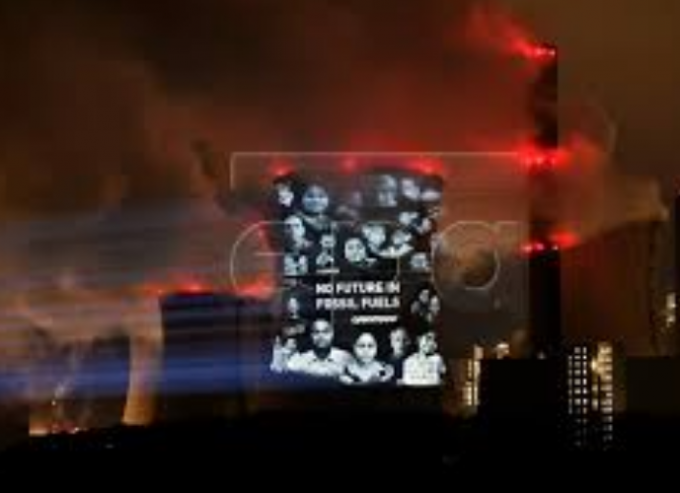 Australia has picked up a second Fossil of the Day award at COP23 in Bonn for seeking to twist, water down and delete references to finance from the loss and damage decision text, Greenpeace reports.

Loss and damage refers to impacts of climate change including slow onset events such as sea level rise, and extreme weather events, such as tropical cyclones, which may both result in loss of lands, livelihoods and in small island states, coastal areas.

“Australia has long lacked many things – sympathy, support, and solidarity among them – with its Pacific Island neighbors, but these bullying tactics are over the line, even for them,” the Climate Action Network, which presented the award on day six of COP23, said in a statement.

Australia’s reported hypocritical behaviour also appears to contradict the comments it made in its opening statement on behalf of the Umbrella Group of non-EU developed countries to current COP President, Fiji’s Prime Minister Voreqe Bainimarama.

“We are mindful that this is the first time a Small Island Developing State has held the presidency and we are committed to providing our full support for your successful presidency, including to bring the Pacific consciousness to this COP which we know to be an important aspect of your presidency,” Australia said in its opening statement to the COP plenary.

“Australia’s domestic policies, such as support for the fossil fuel industry through subsidies, is insult enough to the Pacific. Couple that with blocking financial mechanisms for the highly affected, and you do not have a recipe for friendship,” Greenpeace Australia Pacific head of Pacific Net Matisse Walkden-Brown said.

“Support is necessary and deserved from countries who have caused this problem. Developed countries’ fossil fuels is the Pacific’s loss and damage. The issue of Loss and Damage finance needs to be advanced not continuously pushed to the next session,” PICAN said.

Australia was awarded the Fossil of the Day along with Canada, the EU and the US.

Australia, through the Umbrella Group, also argued in 2015 that there be no reference to loss and damage in the Paris Agreement, reportedly driven by fear of being forced to pay compensation for climate damage caused by their emissions.

On day two of COP23 Australia received the Fossil of the Day for its support of the Adani Group’s plans to build the world’s largest export coal mine.

Activists from Greenpeace in Germany and Pacific Island representatives have sent a message to leaders meeting at the UN climate talks in Bonn, projecting an image of faces onto a coal power plant and calling for an urgent phase out of fossil fuels, Greenpeace reports.

The message “No future in fossil fuels” and #COP23 was projected onto the polluting Neurath coal power plant alongside faces from the Pacific Islands and around the world to put a spotlight on the impact the emissions from climate summit host nation Germany have on the Pacific.