The Australian West Papua Association has condemned the arrest of 65 KNPB and student activists in Sentani and 4 in Nabire on Monday.

Local news media, such as Suara Papua, have reported the latest arrests, as well as 31 KNPB activists being arrested in the capital Jayapura last Friday, bringing the total of arrests to at least 100 in four days.

“The Indonesian security forces are doing everything possible to stifle any raising of awareness of the issue of West Papua by cracking down on peaceful rallies,” said Joe Collins of AWPA.

“In this case they arresting people for simply handing out leaflets about the upcoming rally planned for 15 June 15  [today].”

Although the activists have been released, many were injured by being thrashed with canes.

Suarapapua.com reported that Allen Halitopo, chairman of KNPB Sentani, had confirmed the arrests of activists and students at the KNPB Sentani.

Now freed
Allen said all the arrested had been freed. There is only one student who was currently experiencing health problems. He was arrested at the airport Sentani.

In relation to the 31 activists arrested on the June 10, the Director of Manokwari’s LP3BH (Institute for Research, Study and Development of Legal Aid) reported to local media Tabloid Jubi that  “the deeds of the Jayapura police chief clearly violate the principles of respect for human rights set out in the Criminal Procedure Code and Law No. 39 of 1999 on Human Rights and the Universal Declaration of Human Rights and the International Covenant on Civil and Political Rights which has been ratified by the government of Indonesia”.  [Google translation]

Collins said it was hoped that the governments in the Pacific region (the Melanesian Spearhead Group leaders are due to meet in Fiji) are noting the mass arrests in West Papua.

He called on the MSG to raise concerns with Jakarta about the abuses in West Papua and to urge Jakarta to allow rallies like the one planned for today to go ahead peacefully. 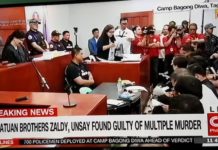 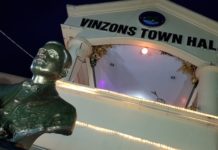