AsiaPacificReport.nz Assad vows to ‘retake the whole of Syria’. Video: AFP interview on France 24 OPINION: By Alastair Thompson The news that the Russians (Sergei Lavrov) and Americans (John Kerry) have come to an understanding on the next steps in Syria is confounding the pundits today – and the instinct to cling to the previous narrative (Russians bombing civilians) is something the BBC is struggling with somewhat. This BBC news report for example is being headlined as we speak on the televised news – at the top of bulletins – with the spoken headline “Pressure is mounting on the Russians over their bombing campaign in Syria”. Whereas the real news is that the Americans appear to have turned against their Free Syrian Army allies and decided to throw in their towel with the Russians – which, if for real, is a seismic shift in the conflict. That said, it is also something the political voices in Washington have been hinting at for some time and that European voices have been calling for over months. The lead story on the BBC website hints at the more complex goings on with a rare AFP interview with Assad in which the president says he plans to retake his entire country (most of which is at present outside his control), although he says he does expect it to take some considerable time.

Assad talks of there being two tracks, negotiations and fighting terrorists which are proceeding in parallel. Simultaneously (perhaps as a sideshow – but with an element of truth lurking within) a bunch of apocalyptic pundits are talking of WW III breaking out in the region, either between the Turks and the Russians to the north, or between the Saudis, Egyptians and the Russians in the south. Turkey and Saudi will be doubtless livid with the US decision to negotiate with Assad and the Russians and will see this decision for what it is, a massive U-Turn in policy which leaves them both in a rather dangerous and difficult position. Apocalyptic reports Three apocalyptic reports on these developments can be read here: These reports need to be taken with large quantities of salt. That said, the lead up to the breakthrough talks in Munich between Russia and the US has plenty of credible intrigue associated with it. First on Wednesday, US General Steve Warren very publicly in a video press conference with media accused Russia of bombing two hospitals in Aleppo and precipitating a humanitarian crisis for Turkey (thousands of people fleeing Aleppo are on the Turkish border). The following day a Russian general responded very publicly with an allegation that two US A-10s had bombed the hospitals, having flown in from Turkey to do so. This was very quickly followed by a report quoting General Warren – who made the original accusations, this time responding by email and telling a US military publication that the US hasn’t bombed Aleppo since 2014 and it’s all nonsense. It would seem that the US military leadership have either rapidly changed their plan, or there is sunlight between the political and military leadership. As for us plebs on the receiving end of the TV version of the news, any news anchors who continue to report the events of the past two days as “more pressure being put on Russia to stop bombing civilians” are somewhat missing the importance of what is really going on here. And finally for people who are keen to see a Syrian/Russian view of what is going on in this conflict on a blow by blow basis, this YouTube channel is interesting. Prospect of Saudi incursion raises fears of a Syrian conflict without end — –]]> 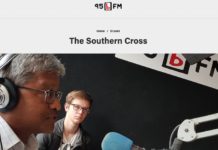 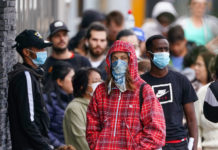