ON TUESDAY I listened to Eric Crampton (of the New Zealand Initiative) discussing on Radio New Zealand the virtues of economic growth. It was a good discussion, and Crampton’s view was much more nuanced than those of many growth advocates.

It’s also true that, while income inequality may be increasing within countries, it is decreasing on average between countries. Global growth has certainly decreased material poverty in China, though the pollution there has substantially offset increases in the material living standards of many Chinese. Crampton places excessive faith in the continuance of the historic ‘Kuznets Curve’, whereby addressing and mitigating issues such as pollution became part of the growth process. Essentially he said that with growth we become better equipped to deal with any adverse consequences of growth.

In this view, modern economic growth essentially becomes a process of sustainable technological innovation. Thus there is no necessary endpoint, especially if declining population also becomes a part of the long-run per capita growth process. Crampton clearly sees both sustaining technological innovation (beginning with the industrial revolution) and fertility decline as essential features of modern growth.

Important issues arise from what Crampton did not say. The industrial revolution in Britain 200 years ago was itself an outcome of a sustainability crisis, especially a crisis of deforestation and therefore shortage of traditional fuels. The turning to coal as a substitute for wood (and later oil and gas as other fossil fuels), combined with the huge extension of lands opened to western capitalism enabled and initiated modern economic growth. We have long hit the limits to land expansionism through invasion (though other forms of imperialism, mainly private land imperialism, continue), and we are now hitting the limits to the fossil fuel economy. We cannot extrapolate the future of growth from its 200-year recent past.

The key concepts we must focus on are inputs (rather than outputs) and productivity (ratio of outputs to inputs). In Crampton’s benign economist version of growth, we economise on inputs, especially land (natural resource) and labour (declining fertility). Established capitalists and policymakers see growth differently.

We need to be much more explicit about inputs rather than outputs in our 21st century discussion on growth. The concern is that both the political process and the business worldview sees all output growth as good, whether that output growth arises from productivity growth or from increased use (‘dis-economising’) of inputs.

Indeed macroeconomic policy is all about increasing the exploitation of inputs: expanding labour supply by making welfare benefits more conditional and by pressuring people to retire at older ages; increasing natural resource exploitation by searching for evermore fossil fuels; and austerity policies, meaning (somehow) rapidly growing our capital resource base (built environment and machinery) while barely increasing our consumption of (private and collective) goods and services.

If we are to raise productivity and to expand the supplies of labour, land and capital inputs, then we are pursuing a future of accelerated unnuanced growth. This is not the benign growth that Eric Crampton sees.

Economic growth, in itself, is neither bad nor good. The particular growth policies that governments around the world are pursuing are, however, very bad. Governments and their business allies are relentlessly pursuing input-driven unsustainable growth. The only good news is that such input-expansionist policies, based on principles of austerity and labour-land exploitation, can only fail. Austerity only equated to ‘more factories’ in Stalinist Russia and Maoist China.

Good things that do happen in the next few years – and there will be many of them – will be despite these input-expansionist macroeconomic policies, not because of them. 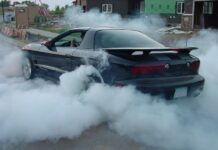 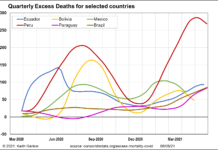