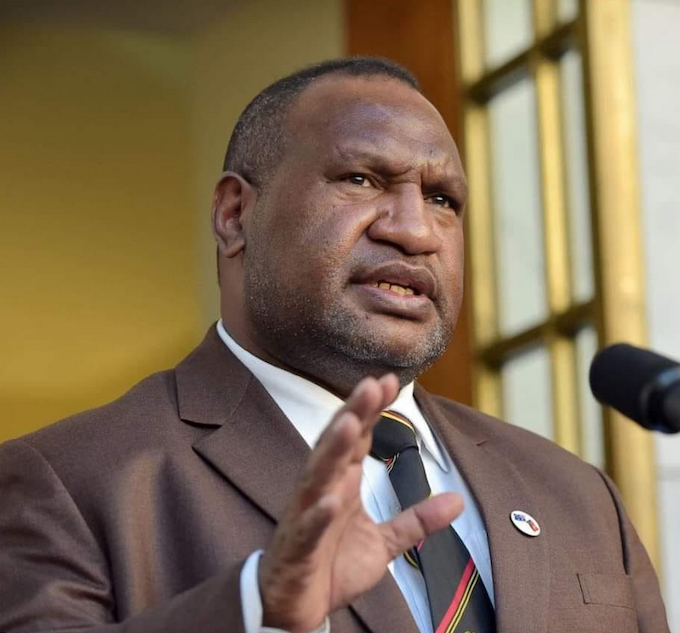 A total of 41 members from the government side crossed to join Namah and O’Neill and provide them the 57 votes required (majority is 56) to take control of Parliament business and change the Permanent Parliament Committee members to ensure their planned notice of a no confidence vote makes its way to the floor of Parliament.

So was this expected?

Behind the scenes, I have been tracking the likes of Basil, William Duma, Charles Abel, Sir Puka Temu, Sir Julius Chan, Paias Wingti, and Chris Haiveta, expecting them to make a play for a change of Prime Minister.

I was very much aware that Basil was in secret talks with O’Neill and Namah, who were so desperate to change the government that they would mislead Basil into crossing the floor.

Basil believes he will be the next Prime Minister; so does Chan and O’Neill.

PM Marape informed
I brought this issue to the attention of Prime Minister Marape on numerous occasions so he would be informed on the what was going on behind the scenes.

However, he wanted to believe that both Basil and Duma would stay loyal to the government because he afforded their parties’ every request.

57 MPs voted with the Opposition today. Opposition has numbers to change PM.

39 MPs voted with PM. PM claims to have 52 supporting him.

While I note some will say this is a lie because I said there would be no vote of no confidence in the November session, I was factually correct. The November session is over, and Parliament is now adjourned to December 2020.

What is the play?

Right now, I still don’t believe there will be a vote of no confidence. More importantly, the motion for a vote can’t be moved for another four weeks.

Eighteen days from now – on Tuesday, 1 December 2020 – Parliament reconvenes. The Opposition will submit its notice of a no confidence vote against Prime Minister Marape to the Speaker.

The notice must be signed by no less than 12 members and name the next Prime Minister (which is not yet decided).

Naming ‘next PM’
On Wednesday, 2 December 2020, at 1pm, the Speaker and Permanent Parliament Committee will meet to table the notice and confirm it is in order, meeting the constitutional requirements of no less than 12 members signatories and naming the next PM.

Provided the notice is in order, the Speaker will direct the Clerk of Parliament to list the notice on the Parliament Notice Paper.

The next day, on Thursday, 3 December 2020, Parliament will reconvene. The Speaker will announce that he received the notice of the no confidence vote from the opposition and adjourn Parliament for seven days.

On Thursday, 10 December 2020, Parliament will reconvene to deal with the motion of no confidence.

So, folks, that’s almost one month away and right now Basil, O’Neill and Namah have only 59 Members, which they have to keep intact until the day of the vote.

In the meantime, the Marape government needs only to wait around for five members to realize they were badly misled, and that it wasn’t such a great idea to cross the floor. The public will also weigh in, ending their re-election bid in 2022.

It is also important to note that a sitting Prime Minister will always have the last say on whether a vote of confidence is moved on the day of the vote or not.

Right now, the government has the luxury of the full resources of the country and greater public support.

Support that will only build over time. Because the people of Papua New Guinea are sick of corruption, self-interest and greed.

Bryan Kramer is Papua New Guinea’s Police Minister. He is also one of the most transparent ministers on social media. In his rare spare time, he writes columns on issues for his Kramer Report web and Facebook pages. The Pacific Media Centre republishes his columns with permission.

Taking proper sick leave has never been more crucial. So why...

Devastated by disease in the past, Samoa is on high alert...

How will sharks respond to climate change? It might depend on...