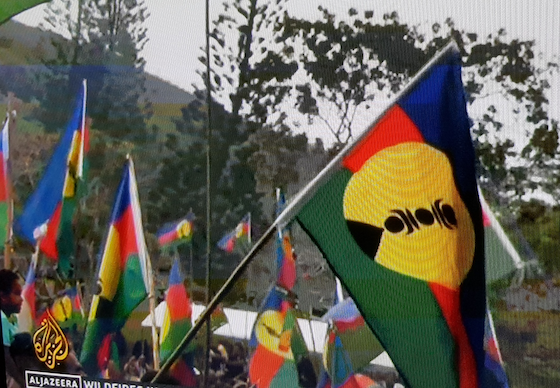 WHILE pro-independence Kanak supporters rued another defeat in the second referendum on independence for New Caledonia at the weekend, it was even narrower than the loss two years ago. Now there is a real prospect of a win in 2022.

“The path to independence and sovereignty is inevitable,” pledges the Front de Libération Nationale Kanak et Socialiste (FLNKS) – the umbrella group of the pro-independence parties and the struggle will go on.

Roch Wamytan, president of New Caledonia’s parliamentary Congress and a key leader of the FLNKS’ Union Calédonienne, vows the independence lobbying will press for the third referendum in two years’ time – and even later if needed.

If there is a third defeat, “we’ll talk, and we’ll figure something out”.

By boosting the overall “oui” vote by more than 3 percent – even in some pro-France strongholds in Noumea and the Southern province, the Kanak camp is confident over its long-term prospects as the demographics of a growing youth share of the population becomes more favourable.

However, Les Nouvelles Calédoniennes, the territory’s “loyalist”-owned sole daily newspaper, greeted the referendum results more critically, declaring that they showed “Caledonian society was more divided than ever, both on a geographical and community level”.

The yes vote climbed this time to 46.74 percent in provisional results, compared to 43.6 percent in the November 2018 referendum – a result that shattered most predictions of a crushing “non” vote.

Record turnout
With all ballots tallied from the territory’s 304 polling stations, the “no” vote on Sunday won with 53.26 percent. The turnout was a record 85 percent for a vote in New Caledonia – 4 percent more than the referendum in 2018.

Results in the three provinces were split along traditional lines, but in each case the “yes” vote advanced.

In the mainly white bastion of the Southern province that includes the capital Noumea, the yes vote was 29.19 percent compared with 25.88 percent in 2018.

He welcomed the referendum result with a “deep feeling of gratitude” in a speech from the Élysée Palace.

However, he also said it was up to the various political groups in New Caledonia to draw up their vision of the future of the territory that was colonised by France in 1853.

Macron said that both yes and no supporters would need to consider the consequences of the final referendum giving a different verdict than what they had wanted.

The independence referendum on Sunday was under the Noumea Accord, part of a three-decade decolonisation effort aimed at settling tensions in the 1980s – known as “les Evenements” – between indigenous Kanaks seeking independence and closer ties with their Pacific neighbours and New Caledonians wishing to remain within France.

‘Huge victory’ for Kanaks
“It’s a huge victory among the Kanak independentistes,” said economics Professor Catherine Ris of the University of New Caledonia.

“They were expecting an increase in the vote but not so high and I think it’s a big victory for them and that makes them confident.”

However, she said New Caledonia was important to France and she expected Paris to remain committed to the territory even if it eventually opted for full independence.

Luc Tutugoro, a New Zealand resident Kanak advocate for a Nuclear Free and Independent Pacific (NFIP), was among many who have welcomed the referendum result but warned pro-independence Kanaks would need to work harder towards 2022.

“We are creeping towards Kanak sovereignty,” he told Asia Pacific Report. “Work on the abstentions will be the key focus for the future – as well as a true and authentic dialogue, no matter what the result of the third and last referendum will be.

“As Kanaks we will never give up or renounce our sovereignty. There is a referendum because we have been and are still colonised by France.”

Earlier this year, Alexandre Dayant, a research fellow at Australia’s Lowy Institute, predicted demographics would play a large part in the referendum.

Demographic insights
Writing for The Interpreter, Dayant indicated that a study of local demographics and past voting patterns “offers an insight into the potential outcome of the upcoming ballot”.

The study included an analysis of the correlation between the results of the 2018 referendum per communes and the spreading of ethnic groups across the territory.

“The results [were striking] … At the municipal level, the correlation coefficient – the statistical relationship connecting two variables – between the Kanak vote and the independence vote was 96.1 percent.

“Those who called themselves ‘European’ by and large voted against independence, with a correlation coefficient of 91.7 percent. For their part, Caldoches and those classified by ISEE (New Caledonia’s Institute for Statistics and Economics studies) in the category ‘Other communities and not declared’, correlated by as much as 89 percent to vote no to independence.

“Finally, the people of Wallis and Futuna, true to their role of being a balancing force in New Caledonian’s politics, had a correlation coefficient of 57.2 percent voting no to independence.”

This pattern appears to be borne out this year too and is likely to have an impact too in 2022.

However, Dayant offers a caveat: “Despite a strong correlation in 2018, not all Kanaks are pro-independence, and not all non-Kanaks are loyalists.”

Minister due in Noumea
French Overseas Minister Sebastien Lecornu is due in New Caledonia later this week for a three-week stay to follow up on Sunday’s independence referendum when a majority voted to stay with France, reports RNZ Pacific.

The minister will spend two weeks in isolation in line with the territory’s policies which have kept if free of any local transmission of covid-19.

RNZ quotes Les Nouvelles Calédoniennes as reporting that he would be isolating at a yet undisclosed place and not at a government-run hotel.

Lecornu will meet key leaders from all sides in the political future debate.