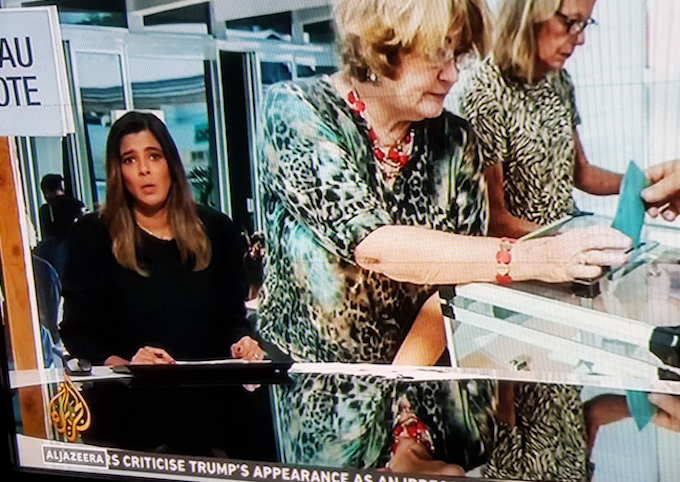 New Caledonia’s people have narrowly voted to stay part of France in the second referendum on the issue in two years. Video: Al Jazeera

People in New Caledonia have once more voted to stay with France, narrowly rejecting independence in a tightly-fought referendum, reports Al Jazeera.

But the pro-independence supporters increased the “Oui” – yes – vote by more than 3 percent to 46.74 percent to boost hopes for full decolonisation in a possible third vote in two years’ time.

With all ballots tallied from the territory’s 304 polling stations, the “No” vote yesterday won with 53.26 percent.

Turnout was reported to be high in the second of three possible referendums on independence, with roughly 89 percent of the 180,000 New Caledonians eligible to vote.

In November 2018, the result was 56.4 percent for maintaining the status quo and 43.6 percent in favour of independence.

Roch Wamytan, who is both the leader of the pro-independence Kanak and Socialist National Liberation Front (FLNKS) and president of the parliamentary Congress of New Caledonia,  said he would want to take up the third referendum option in the quest for the indigenous Kanak people to regain control of their country, reports RNZ Pacific.

By refusing independence yesterday, the territory of 273,000 people will keep generous subsidies from France, which provides $1.5 billion in financial support annually.

French President Emmanuel Macron, in a speech from the Elysee Palace in Paris, welcomed the result with a “deep feeling of gratitude”.

He also said all the political forces in New Caledonia needed to draw up a map for the future of the territory.

Macron said all possible scenarios should be considered, RNZ reports.

It was the second time New Caledonia had held such a referendum. Two years ago, almost 57 percent of voters had also rejected independence.

New Caledonia was colonised by France in the mid-19th century and won greater autonomy and the right to hold up to three referendums on its political status under the Noumea Accord, signed between French and local leaders in 1998.

The agreement followed a 1988 peace deal that ended decades of conflict between the indigenous Kanak people and the descendants of European settlers known as Caldoches.

Despite the Noumea Accord’s promise of a “common destiny” for all citizens, Kanaks, who comprise about 39 percent of the population, still experience higher levels of unemployment and poverty, as well as lower achievement in higher education.

In the 2018 referendum, the vast majority of those who voted for independence were Kanak, while those who supported continuing ties with France were either of European descent or from other non-indigenous minority groups.

For the pro-independence campaigners, full sovereignty would have meant decolonisation, emancipation, reducing inequality, and their right to decide the future of the islands, including realigning their political and cultural allegiances to the wider community of Pacific Islands states.

The loyalists, however, say they are proud of their French heritage and say their high standards of living, as well as the good public services on the archipelago, are in large part due to French subsidies.

‘Could do better’: Top Australian economists award the budget a cautious pass