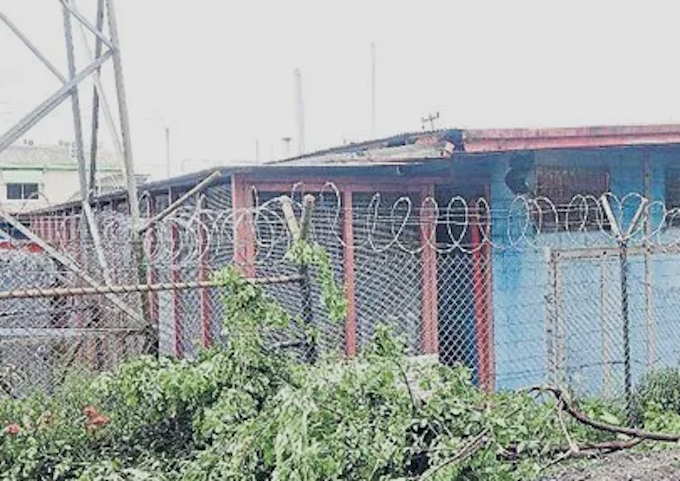 By Jimmy Kalebe in Lae

A group of 31 men on remand have escaped from a Papua New Guinea police station holding facility in Lae after taking the key from a guard who was fast asleep, reportedly drunk, police say.

Metropolitan Superintendent Chris Kunyanban said the officer guarding the facility – called the “watch house” – was suspended because he was allegedly under the influence of alcohol and had fallen off to sleep.

The 31 fled sometime between 1am and 6am on Wednesday morning.

“The cell guard was fast asleep after consuming alcohol with juvenile prisoners in the watch house. The detainees took the cell keys from his pocket, opened the cell gates and escaped,” Superintendent Kunyanban said.

He said the metropolitan police were alerted around 6.35am and managed to arrest four of the men on Seventh Street.

The other 27 were still at large.

Of the 31, 15 were facing charges relating to serious offences, six were charged with being in possession of dangerous drugs, and 10 for minor offences.

One facing murder charge
Kunyanban said of the four re-arrested, one was facing a murder charge while the other three had been charged with minor offences.

He called on the people, especially family members of the men, to assist the police in rearresting them.

He blamed the incident on the negligence of cell guards.

“The cell guard on duty has been suspended and investigation has commenced,” he said.

“The investigation will also look at the system in place, security protocols and standard operating procedures.”

There are more than 140 prisoners kept at the facility which should only be holding a maximum of 100 people.

Some have already been convicted and were awaiting their transfer to Buimo prison.

33 still at large
Meanwhile, police are yet to re-arrest the 33 who escaped from Buimo on August 14.

He said some of those on the run knew well how police conduct their operations. They avoid places where police frequent.

“It is becoming very hard. But we are relying on public assistance,” Kunyanban said.

Police suspect that some could have travelled to other provinces.

He warned people, especially family members, that harbouring criminals was an offence.

The Pacific Media Centre republishes The National articles with permission.