Thursday 6th of August 2020 09:51:50 AM
Home Asia Pacific Loimata – a poignant family-to-family story of the revival of waka voyaging 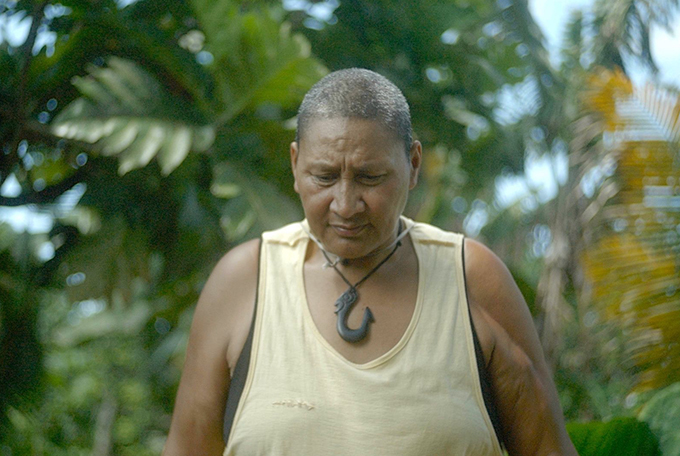 An interview with filmmaker Anna Marbrook on the making of Loimata. Video: Tagata Pasifika/Sunpix

DOCUMENTARY: By Sri Krishnamurthi, who talks to Jim Marbrook about the making of Loimata – The Sweetest Tears.

Loimata isn’t just a true story of one of the Pacific’s great waka builders and sailors that has been captured in a stirring and visually gripping and poignant documentary.

It is also about the friendship between the aiga (family) of Ema Siope, a Samoan-born Kiwi and master waka builder and the palagi (pākehā) Marbrook family that they took into their hearts and made a magical documentary – that is relevant in this 21st century New Zealand.

Anna Marbrook, who has directed more than 150 episodes of Shortland Street and made documentaries focused on Pacific themes such Te Mana o te Moana – The Pacific Voyagers, and reality series Waka Warriors brings to life the tale of waka builder and captain Lilo Ema Siope who died in 2018 from cancer.

READ MORE: Loimata – Why this Kiwi doco will move you in ways you might not see coming

It is brave realistic tale of tragedy and redemption and the return of the Siope family to Samoa and what it meant to Ema captured with gentleness, tears and laughter by Siope’s friend Anna Marbrook.

“It was an idea of me talking about the idea making a family project, a family making a film about a family,” says Jim Marbrook about the documentary and the two families that become intertwined like the strands of a seafarer’s rope.

There is little doubt that the ties that bind Pacific families is very difficult to break into, particularly for outsiders and that this palagi Marbrook family managed to do just that was what makes this documentary that little bit extra magical because they give you the rare insight into the Siope family.

“We both knew them from different contacts; Anna knew Ema and I knew Fetaui and his son Joshua, and he is currently a master’s student at AUT, so we both knew the family pretty well,” Jim says of the ties that bind the two families.

“So we both knew the family were pretty special so it was obvious to me that this was a very interesting family.

“But I hadn’t met Ema until Anna introduced me, so Anna and Ema decided to start doing the movie and Ema asked me to come on board.

“I was a bit hesitant about diving into such a deep and personal story; the moment I met Ema and she asked me on board …I thought she was a pretty interesting woman,” he says wistfully.

But what is it that made it so personal for him?

“Personally, all of my work has been about people who are proactive and seeking change.

“I guess my personal ethos as a documentary maker is, can I make a film that encourages change, can I present the public that helps them understand difficult situations and provides them not only the portrait of a really interesting person but a way out of that situation,” he says.

“When I heard Ema’s story I realised that here was a person who had used identification with waka culture, with tradition and navigation to change her world view, to get out of a situation where she did live some very difficult times in her youth and those times involved abuse,” he says thoughtfully.

“So, the moment I met Ema and the moment I understood what the story was about I realised, ‘hey this is a film that has the potential to encourage people to grow and change’.”
But the puzzling thing, I suppose, was how the aiga came to accept the Marbrooks as part of the larger family.

“And I think if we hadn’t known the family for so long that work would have been impossible.

And how was Ema Siope as a person?

Here was a six-foot person, twice as strong as a man and an Amazon.

She was gender fluid and she was someone who knew what she wanted, and people followed her like the captain she was.

He recalls the time when he with camera in hand tried to keep up with her in Samoa.

“When we went to Samoa she was in a quite a bit of pain but there she was, picking up a machete in one hand and hibiscus flower in the other, chopping her way through the undergrowth and that was classic Ema.”

It is the redemptive tale of the waka builder and skipper Ema Siope’s final years, the stunning Loimata – The Sweetest Tears is a chronicle of journeys – journeys of migration, spirituality, voyaging, healing and coming home.

For Ema’s father, this is his first time back to his birthplace since leaving in 1959. The result is a poignant yet tender story of a family’s unconditional love for each other, and a commitment to becoming whole again.

Ema was born and raised in South Auckland as a child of Samoan migrants. She captained both the Haunui Waka Hourua and Aotearoa One, both of which belong to the great waka master Hoturoa Barclay-Kerr.

Jim Marbrook has only one wish – that everyone of Samoan heritage and the whole of New Zealand turns out to watch it.

In northern China, scientists have found what may be the 2 billion-year-old birthmarks of Earth’s first supercontinent

Can Victorians stick to the stage 4 rules? Our perception of what others are doing might be the key

1.4 million less than projected: how coronavirus could hit Australia’s population in the next 20 years

In northern China, scientists have found what may be the 2...

Can Victorians stick to the stage 4 rules? Our perception of...

1.4 million less than projected: how coronavirus could hit Australia’s population...

Should a COVID-19 vaccine be compulsory — and what would this...

Two weeks of mandatory masks, but a record 725 new cases:...

What ‘The Birdman of Wahroonga’ and other historic birdwatchers can teach...