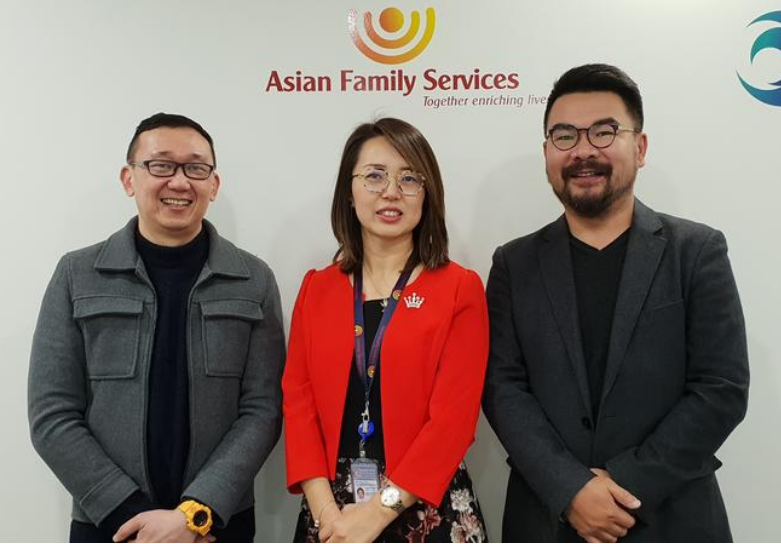 The covid-19 coronavirus pandemic and subsequent lockdown has been tough on the mental wellbeing of Asian New Zealanders, according to new research.

The research surveyed 580 Asian New Zealanders across the country and found almost 44 percent of them experienced some form of mental distress since level 4 lockdown.

Nervousness and anxiety are the most widely experienced (57 percent), followed by little interest or pleasure in doing things (55.2 percent), uncontrollable worrying (47.4 percent) and feeling down and hopeless (44 percent).

She said the findings correlate to what they were seeing on the ground.

“That’s quite true when over the lockdown, our service has also experienced high demand about emotional support and counselling services.”

Help primarily from friends
The report also finds that Asians primarily seek help from friends (44.1 percent) and family (42.6 percent), with just over a quarter (28.3 percent) saying they would see their doctor, comparing with the national figure of 69 percent according to the Health Promotion Agency.

A small portion (13.8 percent) did not seek any support at all, and Feng said it was concerning.

“That gives me an indication that we really need to promote or even do a campaign about mental wellbeing and addiction issues and raise awareness among Asian communities so people can seek help in the early stage and get a bit of early intervention rather than at the bottom of the cliff,” she said.

Just over 16 percent of respondents reported experiencing racial discrimination during the pandemic, and those who faced discrimination were also more likely to have mental health concerns.

“I feel gutted and sad that people are receiving discrimination and racism. It doesn’t matter what the numbers are. It’s really important that we continue to try and implement progress in systems and education to eliminate racism,” he said.

“It’s good to have an analysis report on mental health and discrimination. I think there’s a lot of work to do ahead of us. It’s good to know where we can actually target our resources to support mental health.”

Kindness message helped
The study said the overall messaging of being kind to one another during the pandemic has likely contributed to the relatively low percentage of discrimination.

But Dr Andrew Zhu, director of Trace Research which carried out the study, said it was still serious.

“On a percentage base, it’s relatively small which means we’re on the way to achieving racial harmony, however if you translate this number into a population-based number, that’s around 84,000 adult population of Asian ethnicity which could still be counted as serious,” he said.

Koreans reported to have experienced discrimination the most, with 30 percent of those surveyed saying they’ve been discriminated against, followed by Chinese at just over 22 percent.

However, Chinese accounted for nearly half of the overall discrimination cases as it has the largest population base among all Asian ethnicities.

Data for this study was collected online between May 22 and June 3, and quota sampling was used to ensure representativeness of all Asian ethnic groups according to the 2018 census of Asian adult population distribution.

What would Amy Coney Barrett, Trump’s pick for the Supreme Court, mean for abortion rights in the US?

Top economists back boosts to JobSeeker and social housing over tax...