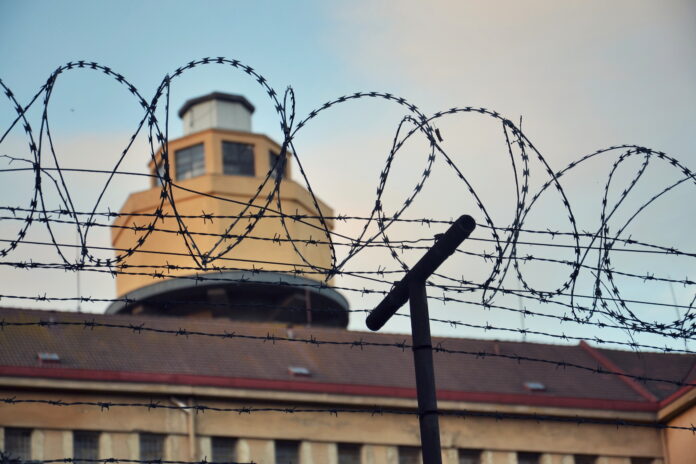 In recent years, the biggest increases in Australia’s prison population have come from people convicted of sexual offences. From 2017-18, this segment of the prison population increased by 10%. The following year, it was up again by 7%.

As a corollary, more and more sexual offenders are being released from prisons back to our communities. Understandably, a great deal of public concern often accompanies the release of sexual offenders, especially those who have committed offences against children.

Despite this, very few programs exist to support sexual offenders as they reintegrate into the community, thereby making society safer by reducing their risk of reoffending.

Read more: 3 ways to help sex offenders safely reintegrate back into the community

Because it is vital to understand how victim/survivors of sexual violence feel about the release of offenders from prison and their reintegration into society, we also interviewed 33 of them in our work.

Our study was the first of its kind; no prior research has been conducted on this topic in Australia.

CoSA was founded in Canada in 1994 and now operates in parts of the US, UK, the Netherlands and several other countries. The Adelaide program, launched in 2015, is the first of its kind in Australia.

The program is comprised of small groups of trained community volunteers who support people who have committed sexual offences (usually against children) to reintegrate into the community after prison.

The organisation’s core belief is that helping an ex-prisoner (known as a “core member”) in this way will reduce the likelihood of recidivism. It has two mottos: “no one is disposable” and “no more victims”.

In other words, even those people who have sexually offended should be offered a dignified and humane response once they have “done their time”.

International research has shown that CoSA programs have reduced sexual recidivism. A study in Minnesota comparing 50 sex offenders in CoSA and 50 others in a control group found that the rate of re-arrest for the core members was 88% lower than for those not in the program.

As the Adelaide program is so new, it is too early to gauge definitively whether it has had an effect on recidivism here.

How volunteers engage offenders after prison

Our study involved interviewing core members in the Adelaide program, as well as staff, volunteers and other stakeholders. We also examined program documentation, such as the minutes of CoSA meetings.

Our aim was to understand how the program worked and identify key ways it could be improved in the future.

Volunteers come from a variety of backgrounds, including students, former criminal justice professionals and even victim/survivors of sexual violence. All share a commitment to making the community safer. They are also carefully screened and receive training in the causes and effects of sexual offending, criminal justice processes and the CoSA model.

The program depends on a lot of face-to-face time between core members and volunteers. They are often in daily contact during the initial period following the offender’s release from prison and then usually meet weekly.

During these discussions, volunteers provide support to help core members stick to their release conditions and feel less lonely and isolated. They also watch out for any “red flags”, such as reduced engagement with the CoSA program, and importantly, encourage offenders to accept responsibility for the crimes they’ve committed.

Volunteers also work with core members to minimise the stresses they face, such as conflicts with authorities and neighbours, and financial or familial problems. This is critical because research has shown that these types of stresses and conflicts often lead to sexual reoffending.

What victim/survivors of sexual violence think

Victim/survivors had a diverse range of views on offenders rebuilding their lives after prison. For some, the release of perpetrators was an inevitability, and because of this, they were largely supportive of efforts to reintegrate them into society. As one put it,

What’s the alternative? We can’t keep them in prison forever.

Understandably, others would prefer to see perpetrators remain behind bars.

Despite these differences, victim/survivors were unanimous about one thing: they wanted to ensure their perpetrators did not harm anyone else. To this end, most of our interviewees were supportive of practical measures to prevent recidivism, rather than seeking revenge for past offences.

We also asked victim/survivors their thoughts about the CoSA program specifically. Views were again mixed, although most were supportive of the program due to its focus on preventing future sexual harm by supporting offenders to reintegrate into society.

Victim/survivors also liked the increased monitoring from volunteers that CoSA provides. As one of the participants said,

If they’ve got support and people are watching out for them, and watching over them I … think it’s a good thing.

Indeed, a handful even indicated they would personally support and even volunteer for CoSA.

I see myself in the longer-term future maybe even considering looking into helping because … at least something is being done.

Reducing sexual recidivism is in everyone’s best interests. Our research suggests that engaging community volunteers is an effective way of meeting this aim.

Moreover, while governments may be reluctant to support sexual offenders to reintegrate due to concerns about what victim/survivors think, our research shows most victim/survivors endorse the CoSA motto: no more victims. ​

– ref. Inside an innovative program helping sex offenders reintegrate into society – and why it works – https://theconversation.com/inside-an-innovative-program-helping-sex-offenders-reintegrate-into-society-and-why-it-works-136513

The Boy Who Talked to Dogs: a story of trauma brought to the stage with honesty and grace