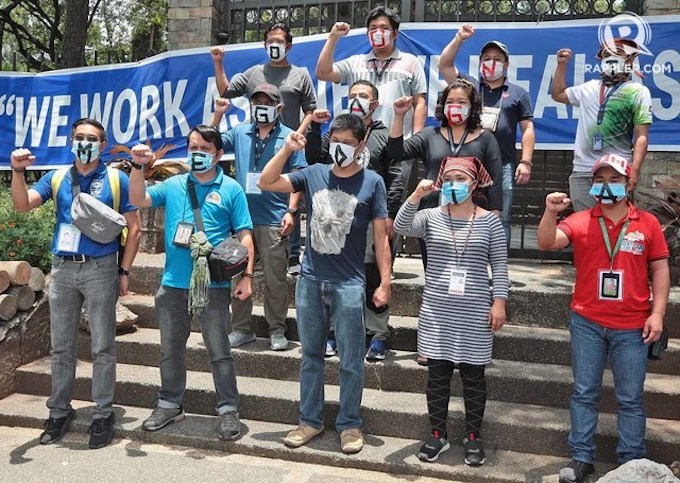 For the first time since dictator Ferdinand Marcos declared Martial Law in the Philippines in 1972, ABS-CBN Channel 2 was this week forced to go off the air, reports Rappler.

The National Telecommunications Commission (NTC) served a cease and desist order that shut down the broadcasting operation of the free Channel 2, as well as major channels and radio stations operated by the network.

ABS-CBN News has reported that Solicitor-General Jose Calida pressured the National Telecommunications Commission (NTC) to issue a cease and desist order, despite earlier promises by the NTC leaders that it would allow the network to provisionally air after its franchise expired on May 4.

Speaker Alan Peter Cayetano, who is being blamed for the shutdown, has given the same observation.

Rappler justice reporter Lian Buan talks to ABS-CBN’s Mike Navallo who broke the report, and who covers the justice beat, as the broadcast giant finds itself figuring in the Duterte administration’s legal actions against dissenters.