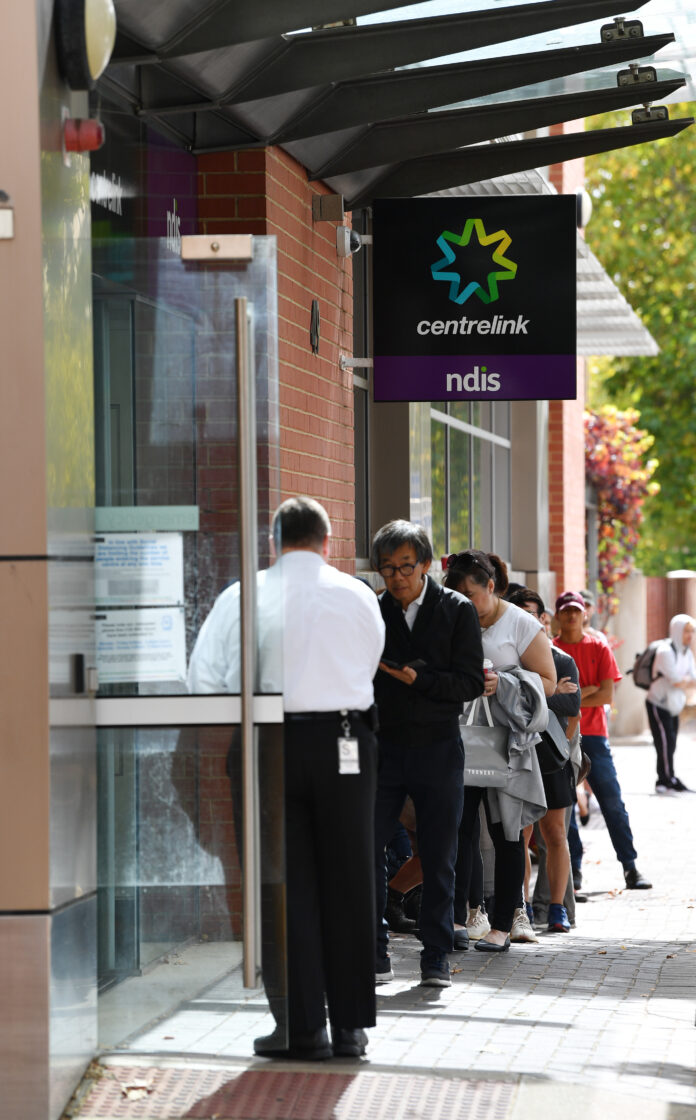 Research by the Australian National University has found a big spike in the fear of becoming unemployed even among those who have kept their jobs in the COVID crisis.

Among the employed, the average expected probability of losing their job was 24.6% in the April study. This was almost twice as high as it has ever been since 2001.

More than one in four employed Australians assess the likelihood of losing their job in the coming year at more than 50%.

The ANU study is the first longitudinal examination of the economic, political, social and mental impacts of the crisis, and is based on an ANUPoll of 3155 people between April 14 and 27. It also compares pre-crisis polling from earlier in the year. The researchers are Nicholas Biddle, Ben Edwards, Matthew Gray and Kate Sollis.

It found the decline in employment in the COVID crisis largest for those aged 18-24, while the oldest workers (65 and over) were also taking a relatively large hit.

These are the cohorts for which becoming unemployed is likely to have the biggest effect.

Gray said: “If previous periods of high unemployment are any guide, the effect on the young is likely to be felt throughout their working life, and those who leave the labour force when close to retirement age may never return”.

The study found the probability of remaining employed in April was much greater for professionals, clerical and administrative workers, machinery operators and drivers than for other workers.

Technicians and trades workers, community and personal services workers, sales workers and labourers who were working in February were less likely to be employed in April.

People who had been out of work for at least three months in the previous five years were less likely to stay employed than those who hadn’t been.

Trade union membership seems to be something of a protection against job loss, the study found, while being employed as a casual was associated with a substantially lower prospect of keeping employed.

While there was a fall of 9.1% in average household after tax income, the detailed picture was more complicated.

“There was an increase of 33.5% in per person after tax household income for the lowest income decile, and smaller increases for the second and third income deciles. The increase in income at the bottom end are almost certainly due to the increases in government financial assistance to households.

“There was little change in incomes for deciles 4 and 5 and then substantial falls for the higher income deciles.

“There were larger declines in income for 18 to 24 year olds. There were smaller declines for those who lived in the most advantaged neighbourhoods.

“Despite the falls in income, the proportion of Australians who said that they were finding it difficult or very difficult on their current income decreased from 26.7% in February to 22.8% in April 2020.

“This finding is explained by the increases in income at the bottom end of the income distribution.”

While the study documents the harm of the crisis on the job front, and in social isolation, psychological distress, and uncertainty about the future, it also found some upsides.

Confidence in government and the public service improved, and social trust rose.

“Social cohesion has improved between February and April 2020 based on measures that Australians think most people can be trusted, that people are fair and that people are helpful.”

The study says: “During times of economic stress and uncertainty, there is a real risk that social cohesion, trust in others, and confidence in the government will decline. There is no evidence for this (yet) in Australia, and if anything social cohesion has increased.

“Confidence in the government has also increased.

“What is perhaps most surprising is that satisfaction with the direction of the country has increased quite substantially not only since January 2020 when Australia was being wracked by bushfires, but also since October 2019.

“There is, of course, no guarantee that these trends will continue, especially if the economic slump drags on. In the short term though, there is consistently positive and improving views of Australians to each other, and to government.”

– ref. COVID crisis has produced many negatives but some positives too, including confidence in governments: ANU study – https://theconversation.com/covid-crisis-has-produced-many-negatives-but-some-positives-too-including-confidence-in-governments-anu-study-138018