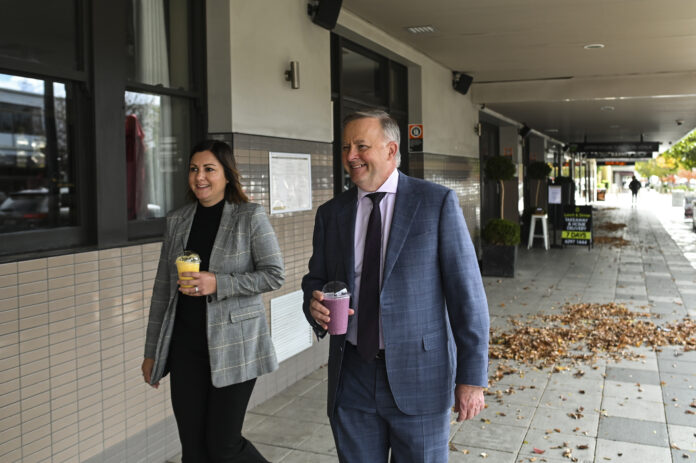 Anthony Albanese, who will campaign in Eden-Monaro on Thursday, has lost any possible claim to “underdog” status in the coming byelection.

The idea of Labor as underdog was always dubious in light of history, despite former member Mike Kelly’s personal vote. But the prospect of one or other of two NSW government high flyers having a tilt at the seat gave it some credibility.

Now, thanks to a rolling implosion within the Coalition parties, Labor starts as favourite to retain the seat, which it holds on a margin of less than 1%.

There’s a sting, however. If the favourite lost, defeat would carry even more serious implications for Albanese than a loss to a star candidate.

NSW Transport Minister Andrew Constance’s Wednesday withdrawal as a contender for Liberal preselection, a day after throwing his hat in the ring, took the Coalition parties’ shenanigans to an even higher level of farce.

The last several days have seen a political shootout between NSW Deputy Premier and Nationals leader John Barilaro and Constance. Both are damaged as well as a big blow having been dealt to the Morrison government’s aspiration to defy history (no federal government has taken a seat from an opposition at a byelection for a century).

It started with Barilaro’s plan to run for the seat, which includes his state electorate where he had a very strong vote last year.

Barilaro wanted the Liberal party to step aside for him, but that was not a goer. Then Constance, whom he hoped would support him, stayed in the frame as a potential Liberal candidate, even though it was clear the two NSW ministers couldn’t both run, especially given the state government’s narrow majority.

The Nationals put out research favouring Barilaro; the Liberals had competing research.

By Monday Barilaro had hoisted the white flag – of course citing the family.

He was furious – at federal Nationals leader Michael McCormack, for not helping him, and at Constance for impeding him.

A blistering text went to McCormack, leaked to Sky on Tuesday. On Wednesday the Daily Telegraph reported “Barilaro told a parliamentary colleague Mr Constance was a ‘c…’”.

Constance cited the story in his withdrawal.

He told a news conference: “Stuff that — I hadn’t signed up to contest federally to be called that type of smear.”

“Why would I sit here for the next five weeks defending that type of front page? You can’t.”

But he also said: “I don’t believe John means it. I had that discussion with him. We’ve cleared it up. I forgive him”.

In short, Constance was all over the place, and likely a mix of reasons caused his meltdown.

Despite a touch of wild speculation that Barilaro might rethink, he quickly dispelled any such suggestion, saying: “My decision not to seek preselection for the Eden-Monaro byelection has not changed”.

The other name on the government side who’d been mentioned, Liberal senator Jim Molan, also ruled himself out on Wednesday.

Molan never seemed likely to contest. But he issued a statement saying “no one has tried to force me to not nominate, nor was I ever intimidated by the prospect of competing in a preselection or in a campaign”.

The Liberals will be well behind Labor – which is running Bega mayor Kristy McBain – in beginning their campaigning.

Nominations for Liberal preselection close Friday and then they have to organise a rank and file ballot.

Pru Gordon, from the National Farmers Federation, a former adviser to two trade ministers and a former official with the department of foreign affairs and trade, is also in the field. A third contender is Jerry Nockles, now at World Vision, who formerly worked for federal Liberals.

The Liberal candidate, whoever they may be, will inherit the legacy of a Coalition display of bad behaviour and self-absorption, which is not a good start when you are asking for votes in an electorate that’s faced drought and fire and now struggles to recover amid economic devastation.

– ref. View from The Hill: Albanese would have no excuse for an Eden-Monaro loss after Coalition high flyers implode – https://theconversation.com/view-from-the-hill-albanese-would-have-no-excuse-for-an-eden-monaro-loss-after-coalition-high-flyers-implode-138047