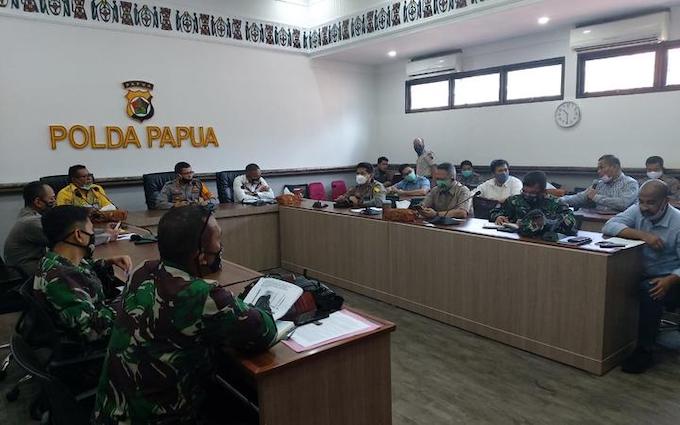 A West Papuan church leader has been “invited” by Indonesian police to “clarify” an article he wrote about a shooting incident in which a New Zealander was killed.

The shooting attack, which occurred at the offices of mining giant Freeport in Papua’s Mimika regency on March 30, resulted in the death of Graeme Wall and injuries to several other employees.

A faction of the West Papua Liberation Army claimed responsibility for the attack, as part of the pro-independence guerilla force’s ongoing campaign to target Freeport’s local operations.

However, the president of the Alliance of West Papuan Baptist Churches, Reverend Socratez Yoman, wrote an article a month ago, published by Majalah Wekonews, which suggested the Indonesian military could have engineered the attack to help its security agenda in the area.

He also said police and military were trying to discredit the Papuan independence movement.

Papua’s Police Chief Paulus Waterpauw said Reverend Yoman was invited to clarify his statement, which he claimed had implicated police in the shooting attack.

General Waterpauw said that if the church leader didn’t clarify or apologise for the accusation, he may be liable for spreading fake news.

‘Fake news’ imprisonment
Under Indonesia’s criminal code, people can be imprisoned for to six years for publishing or broadcasting “fake news or hoaxes resulting in a riot or disturbance”.

Reverend Yoman said he was served with a letter by police summoning him for a meeting at police headquarters in Jayapura. His lawyer, Aloysius Renwarin, attended the meeting last week on his behalf.

The church leader said Renwarin relayed a request from police for another meeting with him in person, adding that General Waterpauw also told him via text message that his statement was “tendentious”.

Reverend Yoman based his article on a history of attacks in the region around Freeport where Indonesian military and police forces vied for lucrative security contracts.

Last month, police arrested Ivan Sambom, a member of the West Papua National Committee, a pro-independence activist group, in relation to the attack at Freeport.

The increase in violence comes as Mimika regency experiences an increase in the number of confirmed covid-19 cases. It now has 51 cases, a quarter of Papua province’s total confirmed cases, among a population which frequently travels back and forth from other parts of the republic.

Killing of university student pair
Meanwhile, families of two young West Papuan men shot dead near the Freeport mine are pushing for an independent probe into the incident.

Eden Bebari and Ronny Wandik were aged only 19 and 21 when they were shot dead during an encounter with security forces about halfway between the city of Timika and the Freeport gold mine two weeks ago.

The two university students’ families said their sons had gone fishing but were wrongly identified by Indonesian military as pro-West Papuan independence fighters.

A joint investigation by police and military is underway, according to General Waterpauw. But the families said military personnel should be sidelined from the probe. They urged police to ensure the safety of the victims’ families and witnesses, also asking authorities to allow the Human Rights Commission access to the regency.

In response to the families’ joint appeal to Freeport and authorities to allow human rights investigators access to the area, a spokesman from the mining company said it was not appropriate for Freeport to comment on an incident which took place outside its work area.

Following the killing of the two young men at Mile-34 (denotes distance along road between Timika and Freeport’s mine area), initial media claims that the two Papuans were linked to the Liberation Army fighters and armed have been strongly denied by families of the victims.

Together with Indonesia’s military commander in Papua, Herman Asaribab, General Waterpauw have appeared before the community to witness the bodies, and expressed condolences to the families.

The police chief told local media it was sometimes difficult for security forces to distinguish between armed “criminal groups” and ordinary citizens.