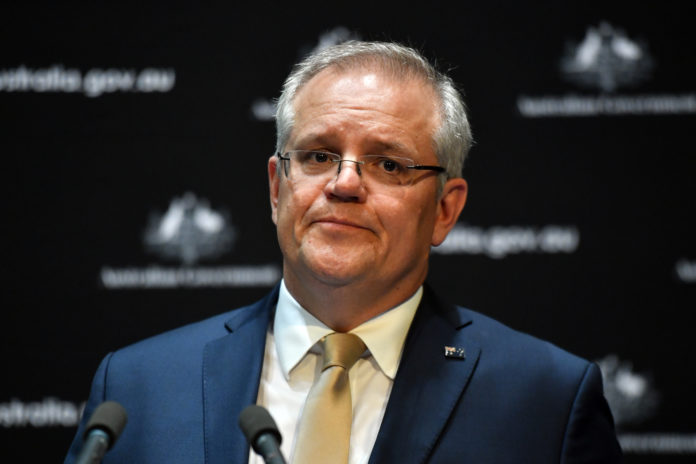 While Scott Morrison and most other politicians are trying to be their best selves during the coronavirus crisis, Malcolm Turnbull’s book is crashing in, chocker with reminders of how the Liberals behaved during their coups.

The book’s not out until Monday but details emerged on Thursday, including Turnbull’s juicy claim Morrison had “needed to be managed carefully and always counselled intensely about the need for confidentiality. … As Mathias [Cormann] said, ‘We have a Treasurer problem’ and the problem was one of trust.”

The book will entrench old enmities, and provide some character insights. But it won’t leave scratches on Morrison, so far has politics, and the community, moved on.

This week showed Australia continuing to make strong progress in containing COVID-19 – although the government refuses to embrace an “elimination” strategy, which the Prime Minister believes would be too costly to livelihoods.

Morrison’s attention is on the road out of the crisis – that is, unwinding the irksome but necessary restrictions we’re living under. In this he has a keen eye to the economic imperative.

This exit won’t be quick, although probably sooner than thought only a couple of weeks ago. It’s suggested we’re looking at a month before there’ll be a serious review.

As a precursor, we need greater testing and tracing capabilities (the latter with the help of a controversial new app that raises privacy issues) and enhanced ability to deal with local hotspot outbreaks.

Read more: View from The Hill: So you wanted to spend more time with the kids?

Morrison is sensitive to the restrictions trying people’s patience; equally, it would be folly to risk a second wave of infection by acting too early.

Morrison’s own patience was tried this week by that new and much-praised political creature, the national cabinet. He desperately wants more children back at school, not least as an economic lever, enabling more parents to return to work. In media appearances before Thursday’s meeting, he ran his arguments forcefully, and made a special video appealing to teachers.

But the states and territories are still going their various ways – while accommodating children who need to be on site – and there won’t be the large-scale quick return the PM would prefer.

Morrison hid his disappointment. The states had the responsibility for the (government) schools, he pointed out. What should parents do? Listen to their premiers, he said, avoiding clenched teeth.

One flag on the exit road is a proposed parliamentary week in May, way ahead of the scheduled August date. This will be a normal sitting, unlike the single-day sessions devoted to passing relief packages.

Beyond easing the first lot of restrictions, though, will be other rounds in the “exit” debate, and how they run will be important for the next election, due early 2022.

While the higher welfare payments expire later this year, and free child care also has a time limit, it is hard to see the pre-COVID-19 status quo restored in these areas without injustices and enormous political fights.

Then there’s the longer-term question: how and when does the country pay for the huge government spending – more than $200 billion allocated so far – needed to get through this disaster?

This debate will be about economics and politics, and it will put up in lights the issue of inter-generational fairness.

In its impact, COVID-19 targets the elderly; most (though not all) younger people have a mild illness.

This fact has affected the debate about how the pandemic has been handled – some argue the health of the old shouldn’t have received priority over the health of the economy. The age differential will also influence the discussion about the legacy debt Australia faces (on the upside, at a time when money has never been so cheap to borrow).

Bob Breunig, head of the Tax and Transfer Policy Institute at the Australian National University, points to multiple reasons why the young bear a heavy economic burden in this crisis.

Many are in casual jobs, and in sectors worst harmed, such as hospitality. Also, people beginning their careers during a downturn take longer to “catch up” financially with those who commenced in good times. And younger people will be the taxpayers of the future as the country deals with the debt.

Breunig advocates a sweeping agenda of tax reform, the bottom line of which would harmonise taxes on assets (and include the family home), and switch the tax mix towards indirect taxes, notably with a rise in the GST and the introduction of a broad-based land tax.

The present system “taxes active people heavily, it doesn’t tax inactive people so heavily,” he says. The former are younger; the latter older. He argues his changes would provide economic stimulus, as well as being fairer to the young.

Breunig admits when it comes to tax “I’m a dreamer”, and won’t be expecting decision-makers to warm to his radical agenda (although there is interest in tax reform by some states).

Intergenerational fairness does play to the argument that an early start should be made to paying off the debt.

It can be put in terms of a social bargain. The lives of the present older generation are being protected – as they should be. The quid pro quo should be that that generation makes its contribution to dealing with the resulting debt.

But of course there would be vigorous push back to that proposition from some of those who’d be paying, and they have electoral clout.

Easier said that done. Wasn’t the government committed to “pro-growth” policies before the crisis? Didn’t Morrison go to the last election promising growth? Yet growth, pre-virus, was disappointingly low.

Politically, the government will be in risky territory as it moves towards the next election, hemming in its capacity for tough policy choices.

In the bowels of the Liberal party they’re likely already speculating on how the government will be placed for a 2022 campaign.

Assuming Morrison continues to navigate COVID-19 skilfully, will he face a grateful electorate? Not if Labor’s experience after the global financial crisis is any guide.

The economy will be still struggling to get back on its feet. A lot of people, and notably young people, will be battling in an extremely difficult job market. Many will have had their education disrupted. There will be complaints about benefits that have been withdrawn or reduced.

Morrison says the budget, to be delivered in October, will have a plan to deal with debt and deficit. The big question will be, how far they’ll be kicked down the road.