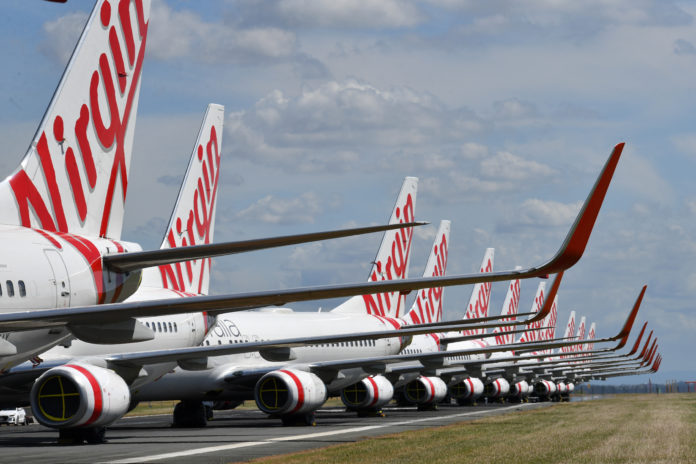 The government has announced up to $165 million to enable Qantas and Virgin Australia to service crucial metropolitan and regional routes over the next two months, with a review after that on whether more support is needed.

He said the latest assistance was in addition to more than $1 billion the government had already given in support to the industry.

“As Australians are asked to stay home unless absolutely necessary, we are ensuring secure and affordable access for passengers who need to travel, including our essential workers such as frontline medical personnel and defence personnel, as well as supporting the movement of essential freight such as critical medicine and personal protective equipment,” McCormack said.

“This investment will also help Australians returning from overseas, who find themselves in a different city after 14 days of mandatory quarantine, complete their journey home safely.”

The underwriting will ensure that where flights operate at a loss, the airline is not out of pocket.

Flights will incorporate social distancing, to which both airlines are committed.

An embattled Virgin has been appealing for a bail out or the government to take an equity stake. But the government’s position has been it will not step in for a single airline.

Asked on Thursday whether it would bail out Virgin, Scott Morrison said “we as a government appreciate the value of two competitive, viable airlines in the Australian economy …

“Any responses that the Commonwealth government is going to have will be done on a sector wide basis.

“I’m aware that there are many market-based options that are currently being pursued, and I would wish those discussions every success.”