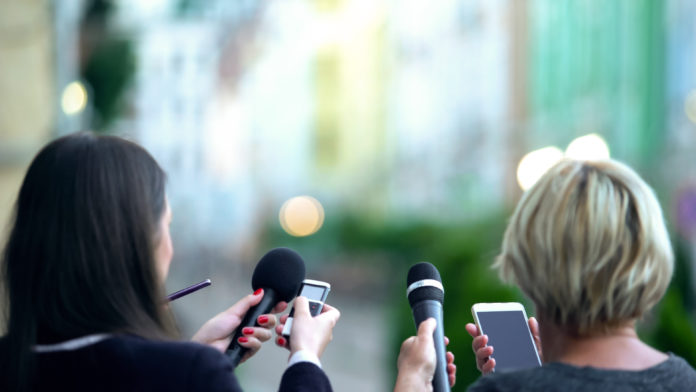 After weeks of devastating reports of local newspaper closures and regional broadcast stations turning off local news services, media supporters and observers were united in joy as the Australian government announced a coronavirus relief package for local journalism.

The four-part initiative has been designed to assist local newspapers and commercial free-to-air radio and television and subscription television, following calls for a lifeline from the industry and the communities they serve.

Although coronavirus might have hastened their financial woes, it’s clear that many of these news outlets have been in trouble for a while, with falling advertising and subscription revenue reductions.

Last year was described as “the worst advertising market since the global financial crisis for the television industry”.

Regional newspapers have been buoyed by local advertising, but even that has its limits.

Two components of the government’s COVID package, a $41m waiver on the tax imposed on radio and television services for spectrum use, and suspension of key parts of the commercial television Australian content rules, will save commercial broadcasters millions in 2020.

the government recognises that public interest journalism is essential in informing and strengthening local communities.

ABC and SBS left out

In the absence of other government action, there remain two big losers from the COVID-19 announcement for journalism.

First, it excluded the trusted national public broadcasters, even though SBS must also be experiencing a reduction in advertising revenue.

Further, there was no indication the ABC would be given any reprieve from the combined budget cuts/freezes that will total almost $800 million by 2022.

In the midst of the COVID emergency, which has brought a record number of people to the broadcaster, the ABC is continuing to manage an annual budget reduction of over $100 million while delivering its range of services.

As has been widely acknowledged, it has also increased emergency broadcasting firstly for the devastating summer bushfires, and now for the coronavirus emergency, without any specific funds.

Independent producers of Australian programs, including Australian drama, documentary and children’s drama, are also losers in the COVID announcement.

The decision to suspend commercial television Australian content rules for 2020 is couched in terms of production “disruption caused by the COVID-19 pandemic”.

However, there are long lead times for much drama and documentary production, and commercial free-to-air broadcasters are allowed to average drama content over three years.

This means a more nuanced and flexible approach to developing and commissioning projects could have helped broadcasters and kept the production sector alive.

In an already hard hit creative sector, TV producers look like losing at least a year of commercial commissions. That’s worth $250 million to the sector.

Originally introduced by the Menzies government, the policy was put in place to ensure there was a strong Australian identity on local television.

Chilling notes in the details

Finally, the government has included as part of its announcement, a fast-tracked consultation process on “Harmonising Regulation to Support Australian Content”.

Media observers will be pleased the process has finally started, but all will be concerned about the timing.

It seems more than a little odd for some of the most significant reforms to the way Australian content is delivered via screens are included in an emergency funding announcement.

Read more: Why the ABC, and the public that trusts it, must stand firm against threats to its editorial independence

Buried on page 41 of the document, for example, is an option which would require the ABC and SBS to spend their funding to make up for commercial shortcomings in children’s programming.

Or to put it another way, if that option were accepted, the ABC and SBS would be told by the government of the day to do what the government wants, without any extra funding. That’s completely opposite to the idea of an independent public broadcaster. Perhaps it’s a case for the Inbestigators.