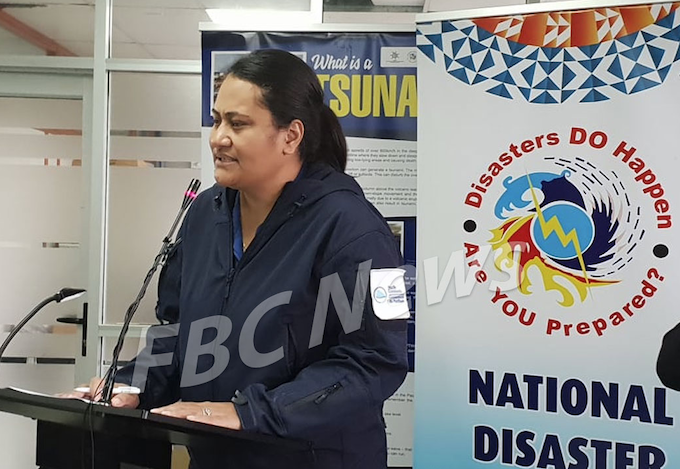 By Maggie Boyle of FBC News

Fiji disaster authorities have put the whole of Viti Levu island on restricted movement due to TC Harold.

Director for National Disaster Management Vasiti Soko confirmed the step had been taken as a precautionary measure.

Soko said everyone except emergency services were to remain in their homes.

It is expected that police will monitor the movement of people and anyone found to be loitering will be arrested.

Soko had earlier confirmed that Fijians evacuating due to TC Harold would be assisted by the disciplined forces.

The cyclone was located about 115 km south of Nadi, or about 85 km west-northwest of Kadavu, at 11.00am today.

Close to its centre, the cyclone was estimated to have average winds up to 175 km/h with momentary gusts to 250 km/hr. The cyclone was currently moving east-southeast at about 36 km/hr.

A tropical cyclone warning remained in force for southern parts of Viti Levu – from Momi through to Coral Coast to Pacific Harbour, Beqa, Vatulele, Kadavu, Matuku, Vatoa and Ono-i-lau.

A storm warning remained in force for the rest of Viti Llevu, Lomaiviti, Moala, Totoya, Vanuavatu and the rest of Southern Lau group.

A gale warning remained in force in Yasawa and the Mamanuca group, for the rest of the Lau group, Vanua Levu, Taveuni and nearby smaller islands.

A strong wind warning remained in force for the rest of Fiji.

The tropical cyclone is hitting Fiji while the country is in restrictions over the global Covid-19 coronavirus pandemic. So far 15 infection cases have been reported and Suva was already in lockdown.