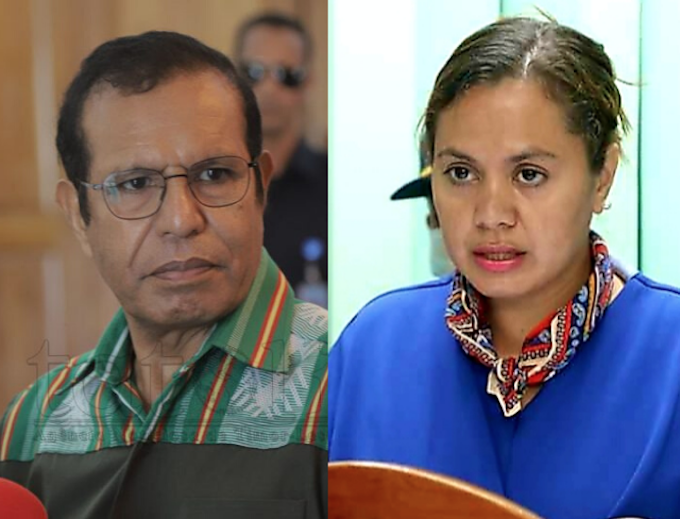 By Florencio Miranda Ximenes and Antónia Gusmão in Dili

Timor-Leste’s Prime Minister Taur Matan Ruak has explained the decision to dismiss the vice-health minister, saying he lost trust in her to do the job.

The President dismissed Élia António de Araújo dos Reis Amaral from her post on Friday, following a request from the prime minister.

“I no longer wish to work with her. I have only one answer: I lost my trust in her, and Ms Élia’s work is done,” Matan Ruak told reporters.

The position of health minister has remained vacant since President Lú-Olo declined to swear-in Xanana Gusmão’s preferred candidate for the post in 2018. Amaral, as vice-health minister, has been the de-facto minister since then.

“Currently, we’re yet to [choose] someone to take over as vice-minister of health. Bonifácio will watch over health matters [for now],” he said.

President Lú-Olo’s decree, issued on Friday afternoon, gave no explanation of the reasons for the dismissal. The prime minister did not offer an explanation publicly until this morning.

The decision follows a disagreement between Amaral and the newly-appointed Centre of Integrated Crisis Management, which has taken over her role leading the Covid-19 outbreak response.

The Prime Minister has sought to clarify who is assigned to speak on the Covid-19 response. The spokespeople are:

What is drink spiking? How can you know if it’s happened to you, and how can it be prevented?