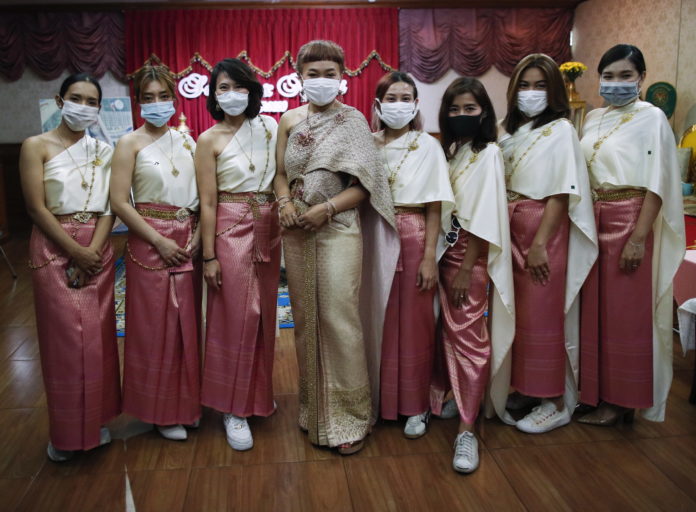 Prime Minister Scott Morrison has announced that only five people can attend a wedding as part of the tough new restrictions to prevent the spread of the coronavirus.

But why this number specifically? According to the Marriage Act 1961, for a marriage to be legally valid in Australia, five is the minimum number of people who need to be present at the ceremony: the couple, two witnesses and a celebrant.

But the need to have at least two witnesses or even a marriage celebrant has not always been a legal requirement.

The formal requirement that a marriage celebrant officiate a wedding was first introduced in the Fourth Lateran Council of 1215, a medieval council of senior church officials convened by the pope.

The Roman Catholic Church had sought to discourage irregular or secret marriages by urging people to marry before a priest. As marriage was understood to be a sacrament, a marriage celebrant became a necessary requirement to ensure that couples met the legal and religious criteria.

The 16th century Council of Trent, a series of counter-Reformation meetings, introduced the requirement that a valid church marriage also required two witnesses. The aim was to prevent fraud and promote certainty in the formation of marriage.

Read more: In the age of coronavirus, only tiny weddings are allowed and the extended family BBQ is out

England had undergone the Protestant Reformation by this time and had not adopted all of these rules. According to medieval canon law, English couples could marry without anyone else being present by simply exchanging wedding vows in present tense (for example, “I take you to be my wife from this day forward”).

This caused uncertainty and led to elopements. There were also rogue priests who performed secret marriages for eloping couples known as “fleet marriage” (named after the London chaplaincy in Fleet Prison).

The great English poet John Donne married in this way. He was arrested and only freed after proving that his marriage was legal.

The presence of a celebrant was thus a legal requirement for all marriages in England. (Jewish and Quaker marriages were exempt from this law.)

The Marriage Act 1836 ended the Church of England’s monopoly over marriages, legalising the civil ceremonies that exist today.

The act also introduced the requirement that two witnesses be present at a wedding. A system of registering births, deaths and marriage was introduced in the UK the same year. This meant that more formal evidence was required in order to register a marriage, hence the witnesses.

The English laws were then brought to Australia, and this is why five people have to be present at a wedding.

Could we legalise proxy marriages?

Given the current rule on social distancing, it might be time to consider whether proxy marriages should be introduced.

A proxy marriage is a wedding performed by a marriage celebrant where one or both of the marrying parties are not present. A proxy, nominated by either marrying party, acts as a surrogate for one or both people who are getting married.

Read more: Should I cancel my wedding? My kid’s birthday party? Why the government has banned indoor gatherings of over 100 people

A proxy marriage is not a legally recognised form of marriage in Australia because a couple must be physically present at a wedding ceremony for the marriage to be valid. Proxy marriages are also outlawed in many other countries due to concerns over sham marriages, particularly for immigration purposes.

However, proxy marriages were historically used to facilitate arranged marriages over long distances, such as Napoleon Bonaparte’s proxy marriage to an Austrian duchess in 1810.

Proxy marriages are notably legal today in a few American states, though it is generally restricted to members of the armed services who are on active duty. Some proxy marriages are also taking place over Skype, a practice increasingly common in immigrant communities.

So long as the true consent of a person to enter into a genuine committed relationship can be established, then there really is no reason to outlaw proxy marriages. Desperate times call for desperate measures.

The Australian government has already limited weddings to five people. If a lockdown is ever called and weddings are banned, life and love still need to go on. Proxy marriages could be a viable solution in a lonely planet.

– ref. ‘With this ring, I thee and (your proxy) wed’: a new form of marriage in the time of coronavirus? – https://theconversation.com/with-this-ring-i-thee-and-your-proxy-wed-a-new-form-of-marriage-in-the-time-of-coronavirus-134659