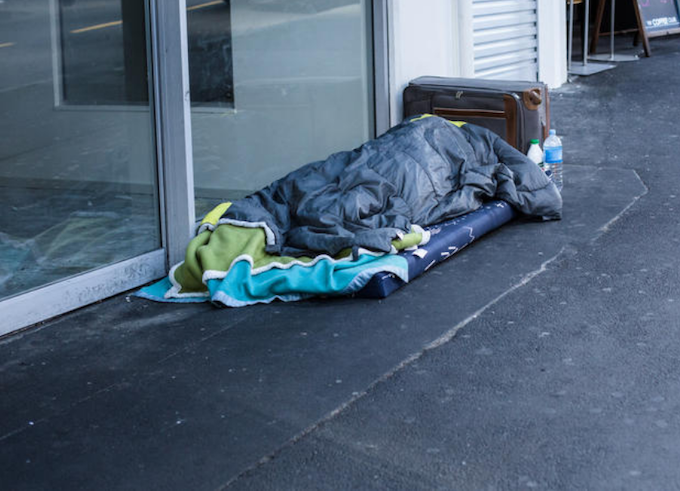 By Eva Corlett of RNZ

As more cases of Covid-19 arise, New Zealanders are being cautioned to work from home or stay home if sick – but what if you don’t have a home?

Agencies working with New Zealand’s homeless community worry that people living on the street will be left behind, if there is a community outbreak of Covid-19.

Wellington-based rough sleeper Rueben has been living on the streets on and off for five years.

He currently sleeps at a school overnight but said if there is a community outbreak, there are not many options for self-isolation.

Rueben said word is getting out on the street about the virus but threat of community outbreak is not top of mind.

“We’ve actually got worries of our own, to go through each day. It’s bottom of our priority list.”

While Rueben may not be so worried yet about an outbreak, the Archdeacon of St Peter’s Anglican Church on Willis Street, Stephen King, is.

‘Extremely ill’
“We will have people who are extremely ill, whose place of shelter will be St Peter’s, or the doorways that they sleep in.”

The church, built in 1878, has a long history of helping the homeless community, or as Archdeacon King describes “the least, the last and the lost”.

“We have that discussion about people hunkering down and isolating themselves until the illness passes. For some people there is nowhere and so what happens to them?”

And he adds that, even if accommodation was made available for self-isolation, continuing to care for people in that situation is a problem.

“That works fine for us if we have a partner or a parent or a child who can help us do that and recover. For those that don’t have that, where does that help come from?”

He said it will not come from hospitals, because they will be at capacity.

Plans are brewing, he said, but he is concerned about how it will play out.

“There are so many things being planned for at the moment as we head further into this crisis, that I just don’t want to see that the most vulnerable miss out on the plan.”

Up in central Auckland, Lifewise’s Peter Shimwell said they are giving their street whānau phones and sim cards to make sure they do not become disconnected.

He said Lifewise is a face-to-face service, so there is concern over how to maintain those connections with people so they are not “left behind and further disconnected”.

“At times like these we need to think outside of the box, in terms of city hotels and whether we have the capacity to unlock some of those.”

Indictment of society
Stephanie McIntyre of DCM – another Wellington faith-based group working with rough sleepers – said it is an indictment on New Zealand’s society that people are even in this position.

“The upshot of that, is that in this environment now, when we really need people to be safely home in their houses, we’ve got a very vulnerable group in our population, who are community members and might literally be left out in the cold.”

All the community organisations hope that empty motels will be opened up for rough sleepers to self-isolate, if need be.

McIntyre said that now is not the time to be worrying about growing motel bills.

She said that DCM is also checking to see if people have phones and can provide one if needed. But she hopes the Ministry of Social Development will ensure people do have a phone and sim card, so that they can be contacted.

Wellington City Council’s Manda Grubner said the council is concerned about how Covid-19 will affect the homeless community.

“It’s very difficult to maintain hygiene and do the things we are telling everyone to do, such as stay home.”

Food distribution
She said the council is reaching out to agencies working directly with homeless communities, including food distribution organisations, to figure out what support they need.

Grubner said the council has implemented its emergency welfare response and has had “all hands-on-deck” calling hotels to see who could accommodate people.

Auckland Council’s Christine Olsen said the council is mindful that people rough sleeping often have more health problems than the rest of the public.

She said it is working with agencies closely and considering making toilet and washing facilities available, as well as charging stations to keep phones charged.

Olsen said the council has talked with the City Mission to come up with contingency plans including to ensure the daily meal, which feeds between 300-400 people a day, is still provided.

The Ministry of Social Development is urging anyone sleeping rough to get in touch.

Emergency housing
In a statement, its spokesperson George Van Ooyen said “nobody needs to sleep rough, and every day we provide emergency accommodation for those in need, including those who have been sleeping rough”.

“We currently work with around 400 emergency housing suppliers each day to support over 2600 households with their urgent housing needs.

“We are supporting the Housing and Urban Development Ministry in its leadership of the Homelessness Action Plan.”

The government’s Covid-19 website includes a set of guidelines for homeless shelters to refer to.

Eva Corklett’s is RNZ’s housing reporter. This article is republished by the Pacific Media Centre under a partnership agreement with RNZ.

While we fixate on coronavirus, Earth is hurtling towards a catastrophe worse than the dinosaur extinction

While we fixate on coronavirus, Earth is hurtling towards a catastrophe... 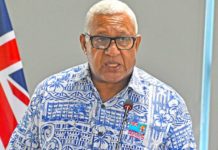 Thanks to coronavirus, Scott Morrison will become a significant prime minister