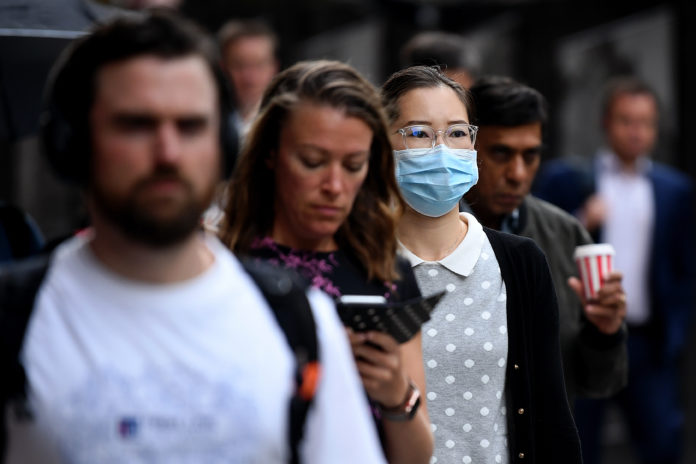 Prime Minister Scott Morrison has announced that anyone entering Australia must enter a 14-day self-quarantine period.

Some questions have been raised as to how this new mandate would be administered and enforced. The answer to these questions relies on a somewhat complex patchwork of state and federal laws and whether relevant federal and state government emergency powers have been activated.

At this time, the enforceability of the 14-day self-isolation rule is a matter for state and territory governments – although this might change.

The main federal law in this area is the Biosecurity Act 2015. As others have written, this law aims to manage biosecurity threats to human, animal and plant health, which include viruses such as COVID-19.

There are two types of powers under the act that could apply here:

The first is the “human biosecurity control orders” under chapter 2, part 3 of the act. Individuals who have symptoms of, or who have been exposed to, a disease or who have failed to follow any mandatory procedures on arrival into Australia could be placed on a control order.

A control order could, among other things, direct a person to stay home, or remain at a particular place. It is decided on an individual-by-individual basis following an assessment of whether the preconditions were met. As such, it cannot be placed on all arrivals.

Read more: Can I take the dog for a walk? Can I put the kids to bed? What you should and shouldn’t do if you’re in coronavirus self-isolation

The second option under the law is the declaration of a “human biosecurity emergency”.

If such an emergency was declared, Health Minister Greg Hunt would have a range of options at his disposal to control the spread of disease. These include sweeping powers to direct people’s movements and require the closure of premises. People could be imprisoned for up to five years and/or fined up to approximately A$60,000 for failure to comply.

However, until such an emergency is declared, it will be up to the states and territories to implement the 14-day self-isolation rule under their own laws.

What state and territory laws say

There are many similarities in the ways in which state and territory authorities can order and enforce isolation measures. These come from public health laws and often depend on the declaration of a state of emergency.

Victorian authorities may now detain or restrict the movement of people (for example, by requiring them to stay in their home), with a penalty of up to 120 penalty units (approximately $20,000).

Premier Daniel Andrews said authorities were hopeful fines would not needed as people understand compliance is in their best interest.

In NSW, the government already has broad powers under the Public Health Act 2010 to take actions and give directions to deal with risks to health.

These powers would extend to enforcing self-isolation, provided the relevant areas of NSW were declared to be “public health risk areas”. A person who did not comply with such a direction would be liable for up to 100 penalty units (approximately $11,000), or imprisonment for up to six months.

The NSW government could, if necessary, declare an emergency under the State Emergency and Rescue Management Act, which would more clearly set out the powers that can be used, such as using force to enter premises.

While Premier Gladys Berejiklian also said it would be difficult to monitor every person to ensure compliance, the law will permit the 14-day self-isolation mandate to be enforced. She urged people to do the

right thing by the community, by their own family and by their circle.

The other states and territories have similar powers under states of emergency. All require a declaration of an emergency to activate these powers. The laws permit governments to order people to isolate themselves and detain or fine those who don’t comply.

States and territories have also issued bans on mass gatherings of more then 500 people, with hefty fines for corporations that don’t comply. There are exceptions for a number of institutions, such as schools and universities, workplaces, public transport, markets and courts.

Limits on powers to isolate and detain

As this is the first time these laws have been used in this context in Australia, how they will implemented and enforced is not yet clear.

Importantly, there are safeguards in these laws to ensure that coercive powers, such as the power to detain people, are used only when necessary.

Read more: Explainer: what are the Australian government’s powers to quarantine people in a coronavirus outbreak?

There are also a variety of controls on issuing orders and declarations in relation to individuals.

For instance, under Tasmanian law, the state director of health must review whether it is necessary for a person to be subject to an isolation or quarantine order every seven days. Under the Victorian act, authorities must review a decision to detain a person every 24 hours.

In some instances, state laws also give people the right to seek review in court.

When it comes to enforcement, the states have said they would use regular police checks to make sure people are complying with isolation orders.

Some leaders, like Berejiklian, have urged people to “dob each other in” if isolation orders are being broken.

Like most leaders, she’s hoping people understand the importance of compliance, saying it is a matter of “life and death”.

– ref. Explainer: what are the laws mandating self-isolation and how will they be enforced? – https://theconversation.com/explainer-what-are-the-laws-mandating-self-isolation-and-how-will-they-be-enforced-133757