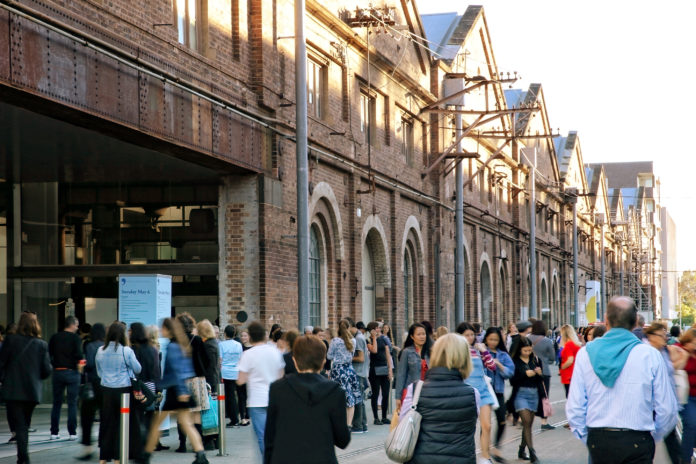 In 1606, Shakespeare and his company bolted the doors of the Globe Theatre and fled London as bubonic plague led to a total shutdown of theatres.

Now we know what it must have felt like.

The sudden implosion of Australia’s performing arts sector in recent days has been breathtaking.

Everything I’m about to write should begin with this necessary introduction: no-one in the cultural sector wants people to get sick and die from COVID-19. We know closing down festivals and theatres is the right thing to do.

Without exception, everyone I have talked to agrees with measures to reduce risks of infection and flatten the curve. But closing down theatres doesn’t make paying the rent any easier.

The disaster has affected companies large and small, from great cultural institutions such as the State Library of Victoria, to one-person shows in the Melbourne International Comedy Festival.

Some of the events taken down by COVID-19 are the jewels in the crown of Australian culture. Melbourne International Comedy Festival sells more tickets than any other arts event in the nation. Dark Mofo is one of the largest inbound tourism attractors on the Tasmanian calendar. Sydney Writers’ Festival is Australia’s largest literary event.

With government support and audience goodwill, these large events might be able to recover. Smaller organisations will struggle. With revenues vaporised and no chance of reopening for months, any company with a lease is in serious trouble.

The damage is not limited to performing arts. Film and television productions are shutting down, including Baz Luhrmann’s Elvis biopic. Tom Hanks has COVID-19 and Luhrmann and many of the crew are in quarantine.

The downturn is all the more devastating because of the insecurity of the cultural sector. After years of federal funding cuts, smaller Australian performing arts companies were already doing it tough.

Two-thirds of artists and cultural workers are employed as casuals or sole traders. Some have savings; many don’t. Newstart is not remotely enough to pay the rent in a capital city.

Australia’s cultural sector requires a federal bail-out: a concerted policy that might staunch the bleeding and allow at least some of our cultural companies to survive.

To be effective, it should provide enough of a boost to ameliorate the COVID-19 shock. The Morrison government’s first stimulus package totals A$17.6 billion, about 1.2% of gross domestic product.

Most of this stimulus is targeted towards pensioners, business investment and incorporated companies. The cultural sector will get some benefit, but the neediest workers, such as casuals and sole traders, will miss out completely.

According to satellite national accounts data from the federal Department of Communications, the libraries, museums, performing arts and music sectors are worth collectively around A$8.1 billion in economic output in 2020. Screen production is worth another A$1.18 billion, according to Screen Australia.

A 1.2% stimulus to the COVID-19 affected industries of the Australian cultural sector would total around A$111 million. Given the severity of the downturn, a 2% stimulus across two quarters would be more appropriate.

A 2% stimulus tallies up to around A$186 million – barely a rounding error in the context of the Morrison government’s spend this week.

How should the cultural stimulus be spent?

Economists stress stimulus spending should be effective and timely.

In the cultural sector, this would be best done by directing funds to casual workers and sole traders, small-to-medium arts companies, and cultural businesses facing oblivion within weeks if not extended a lifeline.

Reaching cultural workers won’t be easy, but support for sole-trading artists and cultural workers would be an excellent start. They could be readily identified via the Australian Tax Office and should be provided with a stimulus payment in much the same way the Rudd government paid ordinary citizens in 2008.

Another way to reach artists is via collection agencies, such as APRA-AMCOS with a database of tens of thousands of musicians paid royalties for live performance. A federal stimulus to live music could pay every musician lodging a valid live performance return with APRA-AMCOS a one-off payment of, say, A$1,000.

Actors and performing artists are more difficult to identify, but with enough policy innovation stimulus should be possible. A payment could be made to every individual with a show in an eligible festival, such Dark Mofo, the Comedy Festival or Sydney Writers’ Festival.

Cultural firms also need support, particularly where current circumstances have rendered them rapidly insolvent. Some existing stimulus measures will apply here, but these could be built upon with culture-specific programs providing interest-free loans to critical businesses such as small music venues, independent cinemas and theatres.

An emergency funding package to the small-to-medium arts companies funded by the Australia Council would be an excellent policy even in the absence of the current crisis, given the centrality of these firms to Australian cultural life. A one-off A$100,000 payment to all 162 smaller companies invited to apply for four-year funding in 2019 would cost A$16.2 million and would be an extremely well-targeted measure.

Screen Australia is well placed to deliver stimulus to the screen sector, with interest-free loan guarantees to cancelled or postponed productions, and individual stimulus payments to key production companies and film and television workers.

– ref. Coronavirus: Australian arts need a stimulus package. Here is what it should look like – https://theconversation.com/coronavirus-australian-arts-need-a-stimulus-package-here-is-what-it-should-look-like-133803