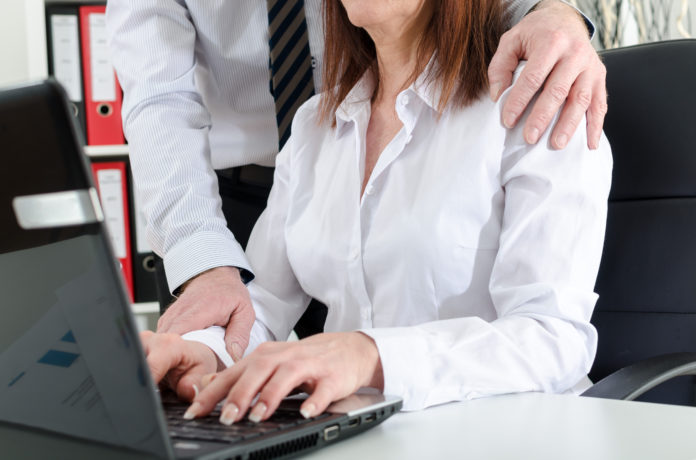 The #MeToo movement has reminded us that sexual harassment has not gone away. The legal tools we’re using are not working and may even be hiding the true extent of the problem.

Most sexual harassment complaints are resolved confidentially at the Australian Human Rights Commission (AHRC) or its local equivalents. Few go to court. This system has three fundamental problems.

Confidentiality is essential to get people to the negotiating table. Who can forget the media scrutiny actors Geoffrey Rush and Eryn Jean Norvill were subjected to?

Even for people who are not famous, the potential media interest in a sexual harassment claim is a strong reason to settle, as it is for employers who fear reputational damage. But it means the community isn’t aware that sexual harassment is still occurring or how it’s being addressed.

A solicitor told me settlement agreements “almost always” include confidentiality. Another described the confidentiality clause as “not negotiable”. A barrister said: “No one I know has ever settled on non-confidential terms.”

The lawyers said employers use confidentiality clauses to avoid opening the “floodgates” to other victims. Employees seek confidentiality if they have left the workplace and worry about what their former employer might say about them.

At their most extreme, confidentiality clauses have a chilling effect on victims, who fear the repercussions of discussing any aspect of their claim. At the same time, they protect the perpetrator at their current workplace and anywhere they work in the future.

Making a legal claim is complex and costly. A woman who has been sexually harassed could use her local anti-discrimination law or the federal system. The federal system is costly because if she loses at court not only will she have to pay her own legal costs, she risks having to pay the other side’s costs too.

If she’s been discriminated against, unfairly dismissed or has a worker’s compensation claim, three more legal avenues are open to her. These vary in terms of costs, procedures, time restrictions and levels of formality, so they’re difficult to navigate without legal assistance.

It’s not surprising, then, that most people don’t use the formal legal system and those that do tend to settle.

There is no equivalent of the Australian Securities and Investments Commission (ASIC) or the Australian Competition and Consumer Commission (ACCC) that can prosecute employers or represent victims, so the person who has been sexually harassed bears a heavy burden. As one of the lawyers I interviewed put it, the victim has to do “all the heavy lifting”.

This week, the AHRC released Respect@Work, a lengthy report on sexual harassment. It made 55 recommendations, many of which are designed to improve the legal framework. Will they resolve these weaknesses?

In terms of shedding light on the prevalence of sexual harassment, the recommendations include that the AHRC and its local equivalents should collect de-identified data about sexual harassment claims and settlement outcomes, share this data and prepare coordinated annual reports. This is significant because at the moment they only release numerical annual complaint data. They don’t publish anything about the nature of claims or settlements. Acknowledging that some parties want confidentiality, the AHRC will develop “best practice” principles, which might include preparing a model confidentiality clause and making some disclosures permissible.

Lawyers told me they negotiate damages payments in excess of what courts are likely to order. Because settlements are confidential, they have no impact on the courts’ understanding of the harm of sexual harassment, and victims and their lawyers don’t have a realistic starting point for negotiations. It is pleasing that the AHRC has recommended the government conduct research on damages awards and that this should inform judicial training.

Lawyers repeatedly told me the risk of costs is the main reason victims don’t use the federal system. The AHRC recommended a losing party should only have to pay the other side’s legal costs if their claim is vexatious, which is how the Fair Work system operates. The government should act to remove this barrier right away.

The recommendations to increase funding for community legal centres and bring consistency to federal and local sexual harassment legislation (including adding sexual harassment to the Fair Work Act) will reduce the cost and complexity of the system.

Read more: Geoffrey Rush’s victory in his defamation case could have a chilling effect on the #MeToo movement

But a problem remains – the burden still rests on the victim. The AHRC has proposed establishing a Workplace Sexual Harassment Council comprised of federal and local equality and workplace safety agencies. But this is a leadership and advisory body, not an enforcement agency.

The AHRC president is conducting an inquiry into reforming discrimination law. Changing the enforcement model and alleviating the burden on the victim must be considered as part of this broader project.

– ref. Sexual harassment claims are costly and complex – can this be fixed? – https://theconversation.com/sexual-harassment-claims-are-costly-and-complex-can-this-be-fixed-133149