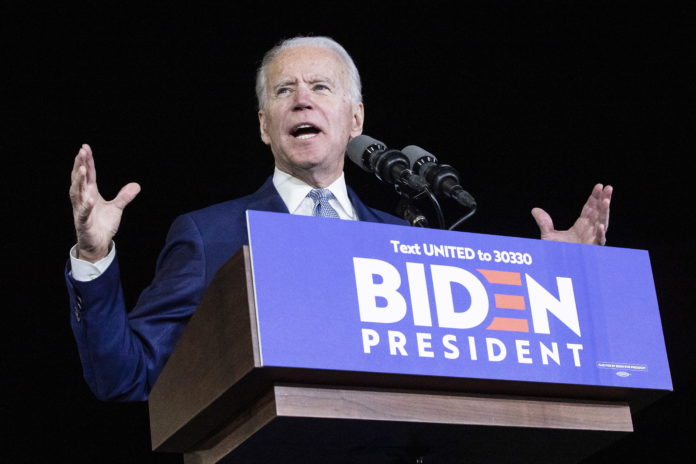 Fourteen states held Democratic primaries on Tuesday US time. Joe Biden is likely to win ten of those states, to four wins for Bernie Sanders. Biden crushed Sanders by 47 points in Alabama, 30 points in Virginia, 19 in North Carolina, 18 in Arkansas, 17 in Tennessee and 13 in Oklahoma.

Biden had surprise wins in Minnesota (nine points over Sanders) and Massachusetts. That is Elizabeth Warren’s home state, but she finished third, with Biden winning 33%, Sanders 27% and Warren just 22%. Biden won Texas by 4%, and is likely to win Maine.

Sanders won just three states: his home state of Vermont (by 29 points), Utah (by 17) and Colorado (by 13). Sanders is likely to win California, where he currently has a nine-point lead. Many more votes remain to be counted in California, Utah and Colorado, and these votes could assist Sanders. Particularly in California, later votes trend left.

A few days before Super Tuesday, it had looked so different. Even though Sanders had only about 30% of the national vote, that appeared enough for a large delegate plurality against a divided field. So how did Biden come back so strongly?

On Saturday, Joe Biden crushingly won the South Carolina primary with 48.4%. Bernie Sanders was a distant second with 19.9%, followed by Tom Steyer at 11.3%, Pete Buttigieg 8.2%, Elizabeth Warren 7.1% and Amy Klobuchar just 3.2%. According to exit polls, black voters made up 56% of the electorate, and voted for Biden by 61-17 over Sanders.

After disappointing results in two diverse states – Nevada and South Carolina – Buttigieg ended his campaign the next day. Buttigieg is the first candidate to leave while still polling over 10% nationally. On Monday, Klobuchar also withdrew, and she and Buttigieg endorsed Biden at a rally.

In the 2016 Democratic primaries, Sanders came unexpectedly close to Hillary Clinton. However, this was partly due to Clinton’s lack of appeal to lower-educated whites, something that Donald Trump exploited in the general election.

After spending a huge amount of money on Super Tuesday ads, Mike Bloomberg bombed. He did not come close to winning a single state, finishing third or worse in all states contested.

According to the delegate count at The Green Papers, Biden now leads Sanders by 497 to 395, with 65 for Bloomberg and 47 for Warren. Biden leads the overall popular vote by 35.1% to 27.3%. There are many more contests to come, starting with six states next Tuesday that account for 9% of delegates, but Biden is clearly in the box seat to win at least a plurality of all pledged delegates.

On my personal website, I covered the February German political crisis in Thuringia, in which the far-right AfD and conservative CDU supported a small pro-business party’s leader to become state president. It is the first time that any German party has cooperated with the AfD to form government.