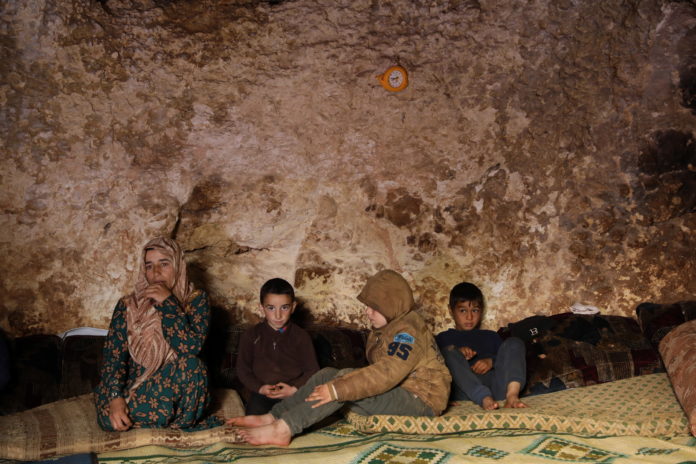 Source: The Conversation (Au and NZ) – By Mehmet Ozalp, Associate Professor in Islamic Studies, Director of The Centre for Islamic Studies and Civilisation and Executive Member of Public and Contextual Theology, Charles Sturt University

As the nine-year Syrian civil war enters its final turn, Turkey and Russia, long-time allies in Syria, are on the brink of war over the Syrian province of Idlib.

Both sides are sending stern messages of warning as diplomacy to end the conflict has so far failed to de-escalate the situation.

What has led to the stand-off?

In September 2018, Turkey, Russia and Iran signed an agreement (also called the Sochi accord) to create a de-escalation zone in Idlib, where violent hostilities were prohibited.

Under the agreement, opposition forces were classified as jihadist and mainstream. Mainstream forces were to pull heavy weapons out of the zone and jihadist groups to vacate it completely. All sides, including Turkey, set up military observation posts.

Claiming that jihadist groups did not leave the zone after more than a year, Syrian government forces launched an offensive in December 2019. The offensive displaced more than 900,000 civilians.

This was followed by the Syrian government forces attacking a Turkish observation post and killing 13 Turkish soldiers.

On February 3, Turkish President Recep Tayyib Erdogan openly defied Russia with a visit to Ukraine, where he pledged US$200 million in military aid.

The solution in Idlib is the (Syrian) regime withdrawing to the borders in the agreements. Otherwise, we will handle this before the end of February.

Russia blamed Turkey for failing to meet its obligations and continued to allege Turkey was supplying weapons to what Russia considers terrorist groups.

The greatest fear is an all-out war in Idlib and the inevitable civilian suffering. With more than a million civilians trying to survive in makeshift camps, a United Nations representative has warned of “a real bloodbath”.

Why is Idlib so important?

Capturing Idlib has immense strategic significance for Syrian President Bashar al-Assad, as it is the last opposition stronghold in Syria.

Backed by Russia, Assad has been conducting a successful military offensive against jihadist opposition forces throughout the country to regain and consolidate his power since 2015. He has allowed remnants of these groups to escape to Idlib as a deliberate strategy to gather all opposition forces in one location.

So far, Idlib has been controlled by a range of opposition groups. The most powerful is Hayat Tahrir al-Sham (HTS), which was formed by a large faction that split from the Syrian branch of al-Qaeda in 2017.

Capturing Idlib with the help of Russia and clearing the province of all armed opposition would allow Assad to declare victory and end the civil war.

Turkish and Russian clash of interests in Syria

Erdogan had three main goals in his Syrian involvement. First, prevent the establishment of a Kurdish autonomous region in northern Syria. The Turkish fear such a development could inspire the large Kurdish-populated southeast regions of Turkey to pursue similar ambitions.

The second is to fight a proxy war in Syria through jihadist groups to topple the Assad regime and establish an Islamist government. Erdogan hoped this would extend his political influence in the Middle East and his ambitions to make political Islam dominant would be achieved.

A third aim is to do with maintaining his 18-year rule in Turkey amid political and economic problems. A war in Syria serves to silence critics.

Erdogan calculated he could achieve his goals if he was to have forces in Syria and collaborate with Russia and Iran. The cost was distancing Turkey from the Western block and increasing its international alienation.

Read more: As Turkish troops move in to Syria, the risks are great – including for Turkey itself

Turkey, Russia, Iran and the Syrian government wanted to balance Western and particularly US power in Syria, and if possible to push US out of Syria. Even though their relationships were fragile from the start, these four countries were extremely careful on the diplomatic table and presented a powerful bloc against US involvement in Syria.

The Russian strategy in Syria has been clear from the start – support the Assad government until it regains control over all Syrian territory and defeats all opposition forces. Then Russia can control Turkey so it does not cause serious armed conflict with the Assad regime, while protecting Russian interests in Syria and the greater Middle East.

Russia has invested enormous funds in support of the Assad government. The only way to recoup its costs and have return on investment is if Assad achieves a full victory. Nothing short of capturing Idlib will suffice, even if it means open conflict with Turkey.

What is likely to happen next?

Erdogan is caught in a dilemma. He is unable to influence the Syrian opposition parties in Idlib, but he is also not prepared to forsake them. If he withdraws support, they may possibly retaliate with terrorist attacks in Turkey.

Another flood of Syrian refugees is a serious problem for Erdogan. He lost local government elections in 2019 largely due to the Syrian refugee crisis in Turkey.

It is hard to predict what Erdogan will do in Syria. He is either bluffing or is determined to stay the course, even if it means war. He has shown he is not afraid to make bold moves, as demonstrated with his October 2019 military operation in northern Syria and recent military involvement in the Libya conflict.

Bluffing or not, Putin is not backing down and will not hesitate to take on Turkey in Syria. In doing so, Putin will continue to support the Assad forces with equipment, military intelligence, air power and military expertise, rather than being involved in open military conflict. This strategy allows Russia to claim Syria is exercising its legitimate right to defend its sovereign territory against a foreign Turkish military presence.

It is likely Erdogan will avert the risk of war at the last moment. He has involved the US, which has expressed its support for Turkey and hopes to see Assad gone. He has used his NATO membership card and the European fear of another Syrian refugee flood to bring European powers onside at the diplomatic table.

Erdogan will be happy and claim victory if he manages to enlarge the safety zone with a continued Turkish presence there. Russia would only accept this on the condition that all jihadist opposition groups leave Idlib. On these terms, both sides could claim a win from the present dangerous tension.

The likely Russian response is to go all the way in Idlib, regardless of what Turkey does. Any Turkish military success in Syria is highly unlikely. Russia completely controls the airspace and could inflict serious damage on Turkish ground troops.

It is in Russia’s interests to finish this costly civil war once and for all. It is only a matter of time before the Assad government captures Idlib diplomatically or by force.