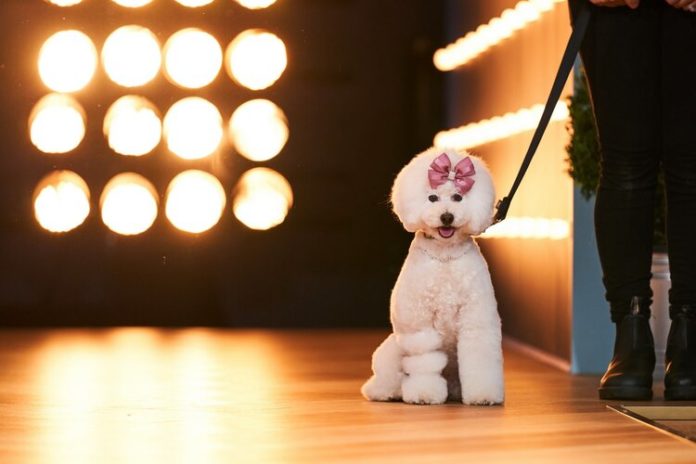 Australians are slightly obsessed with our dogs. But are we obsessed enough to watch a reality doggy makeover show?

The reality makeover concept has a long history, from Top Model to the Biggest Loser to Backyard Blitz. Now on Pooch Perfect, hosted by Rebel Wilson, groomers will compete to see who does the best makeover for dogs: the first reality makeover competition to feature our best friends.

At the heart of this show will be the cute factor.

This got us thinking: what is it that makes something cute and who gets to decide what cuteness is? And why does cuteness tug at our heartstrings so strongly?

Cute as a button

Certain traits are believed to make something or someone cute. Ethologist Konrad Lorenz noted people generally find infant-like characteristics cute: big, wide-set eyes; a round face; small nose and mouth; and a large head. He argued traits like these make us feel protective: we are willing to do whatever it takes to keep our cute children safe until they develop enough to look after themselves.

One argument is pets piggyback on this tendency, with their cuteness inspiring us to care for them. Certainly, we often treat pets like children and consider them to be members of the family.

Researchers have tried to understand more about what draws us to our pets, and whether cuteness is an important feature.

We do have confirmation dogs look like their owners, at least insofar as research participants can successfully match dogs with owners based solely on a photograph.

However, they can do the same with cars, so perhaps instead of looking like their owner, both cars and dogs exhibit features we associate with a certain type of person, allowing us to guess on that basis.

The ties that bind

Whether dogs look like us or not, they obviously reflect something important about us. Does dog cuteness matter even beyond this reflection of ourselves?

We found owners who think their dog is very cute are more likely to feel a strong bond with their dog.

In the same study, some participants sent us a photo of their dog. We then asked strangers to rate the cuteness of the dogs and to judge the dog’s personality from the image. Dogs that were rated as cuter by strangers were also believed to be friendlier and more trainable.

Read more: 8 things we do that really confuse our dogs

However, when comparing owner and stranger ratings of cuteness, we found nearly all owners think their dog is cuter than strangers do. Beauty may be in the eye of the beholder, after all!

What does this have to do with dog grooming? Well, a 2015 study asked people to rate which out of two dog photos they liked best. The photos were identical except for almost imperceptible changes that made one dog appear slightly cuter or more human-like.

To increase cuteness, researchers made the dog’s eyes larger, the jowls smaller, or increased the space between the eyes. To make the dog more human-like, they applied colour to the dog’s irises, or gave the dog a visible smile. People typically preferred the dogs with cuter or more human-like traits.

The dog groomers on Pooch Perfect appear to instinctively understand this. The difference between the “before” and “after” shots of the dog makeovers is the eyes look bigger (or are made visible at all!), and they look more human with the addition of accessories such as pretty bows.

Dogs reflect something about us, and some of us care enough about what our dog looks like to go on a reality TV show to get the dog a makeover.

Do you prefer a perfectly groomed dog? Maybe you want to project an image of elegance.

Do you like scruffy and unkempt? That says something else.

Perhaps you have no interest in what your dog looks like: just like your dog, physical appearance isn’t your top priority and feeling safe probably is.

A cautionary note to end on, then, is we must keep animal welfare top of mind. It’s fine to make over a dog who enjoys it, but let’s not cause dogs stress just for the sake of entertainment.

All dogs are wonderful because they are dogs, and we should love and protect them regardless of how successful their latest makeover is.

– ref. We groom dogs in our own image: the cuter they are, the harder we fall – https://theconversation.com/we-groom-dogs-in-our-own-image-the-cuter-they-are-the-harder-we-fall-132255