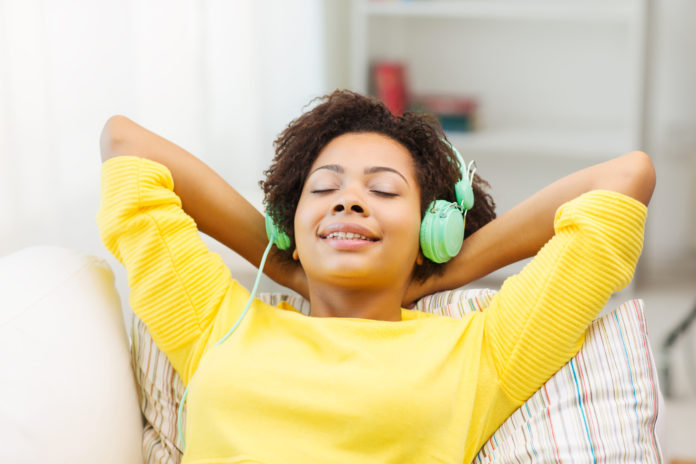 You may have heard of binaural beats, an auditory illusion that has been touted as having stress-busing properties, and is the subject of countless hours of videos on YouTube and elsewhere.

Proponents claim that listening to binaural beats can boost focus and concentration, promote relaxation, and reduce stress and anxiety.

But in a study published this month, researchers concluded that “whether binaural beats have an impact on cognitive performance or other mood measurements remains to be seen”.

It prompted media reports that the claimed mood-altering effects are probably no stronger than for other types of relaxing sounds, and that the touted effects may be just a placebo.

What are binaural beats?

Binaural beats is a perceptual illusion that occurs when two slightly different frequencies (notes) are played into each ear separately, typically using headphones. The resonance between the two frequencies is interpreted as a third sound (termed a “binaural beat”, because it involves two sound inputs, and is heard as a frequency in between the two played frequencies).

It has been claimed that this third frequency prompts brain cells to begin firing at the same frequency – a process called “entrainment”.

The purported relaxing effect is allegedly due to the fact that these frequencies are similar to the frequency of brain waves that occur during deep sleep, as opposed to the higher-frequency brain waves associated with conscious activities.

In other words, listening to binaural beats allegedly promotes brain waves associated with our most relaxed states.

What are these different types of brain waves?

The brain is made of billions of nerve cells (neurons), which transmit information to one another across huge networks of interconnections. It is thought that large groups of neurons can fire together to share information within the brain. The frequency of this synchronous firing can be measured with EEG (electroencephalograpy) electrodes on the head.

Specific frequencies are thought to be involved in specific cognitive tasks. For example, during deep sleep the predominant brain activity happens with frequencies of between 1 and 4 Hertz, so-called delta waves. Delta waves are also associated with learning and motivation. Theta waves (4-7Hz), meanwhile, are linked to memory and emotional regulation.

We might almost think of these various types of brain waves as different languages that the brain uses for different functions.

Read more: Curious Kids: What happens in our bodies when we sleep?

We also know that brain entrainment is a genuine effect that can occur in response to particular rhythmic frequencies perceived by our senses. A deep-pitched musical tone or a lightbulb flickering a few times a second can indeed cause your brain cells to start firing at the same frequency.

But does this entrainment necessarily have any effect on our mood? As the authors of the new study point out, there is still little convincing evidence for this.

What did the new research actually find?

The authors played binaural or monaural (normal) beats to 16 participants, and recorded their brain activity with EEG.

They found that both binaural and monaural beats can entrain the brain to their particular frequency. But when they asked participants to describe any changes to their mood, they found that neither types of sound had any significant effect.

However, the researchers did find that binaural beats can elicit “cross-frequency connectivity”, in which the brain coordinates its activity across different types of brain waves.

Some cognitive tasks, such as learning and memory formation, require networks within the brain to communicate with one another despite using different types of brain waves. To return to the analogy of different brain wave frequencies being like different languages, your brain sometimes needs to translate messages from one language into another, and vice versa.

If binaural beats can boost this process, it’s possible that it might have a beneficial effect on some types of cognition, perhaps including memory recall. The authors of the new study did not look at that particular question, although a recent analysis of 35 studies demonstrated a modest effect on attention, memory, anxiety and pain perception. None of these were tested in the current study.

Read more: Here’s why memories come flooding back when you visit places from your past

There are other ways to influence our brain function, such as by applying electric currents to the brain via electrodes stuck to the head, a technique known as transcranial current stimulation (tCS). There is evidence this can significantly improve cognitive skills in people affected by neurological disease and in healthy individuals.

In the meantime, if you enjoy listening to binaural beats, then by all means keep doing it – it won’t do you any harm. But it may not be doing you quite as much good as you perhaps imagined.