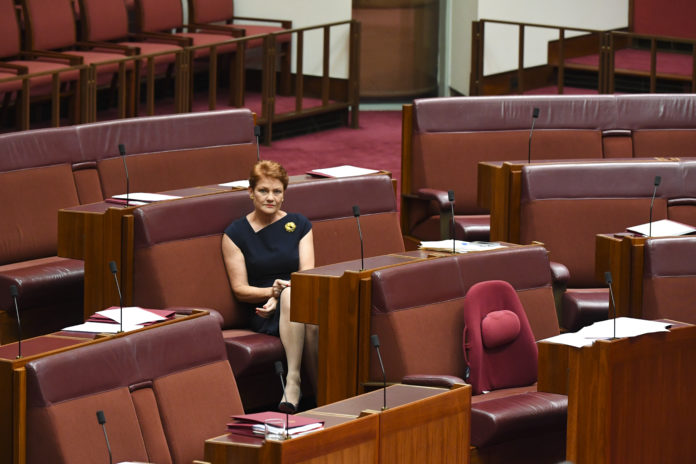 The Coalition government has supported Labor’s motion in the Senate to call for men’s rights activist Bettina Arndt to be stripped of her Order of Australia award over her comments on last week’s horrendous murder-suicide in Brisbane.

The successful motion puts more pressure on the Council for the Order of Australia to remove the AM Arndt received in the Australia Day honours.

The Senate motion was carried 55-2, with only One Nation’s Pauline Hanson and Malcolm Roberts voting against it.

It said Arndt’s comments “are reckless and abhorrent”.

“The values that underpin Ms. Arndt’s views on this horrific family violence incident are not consistent with her retaining her Order of Australia,” it said.

Read more: View from The Hill: Conundrum for Order of Australian Council over Bettina Arndt’s award

A public furore arose after Arndt tweeted her support of remarks by a Queensland policeman (which he later apologised for) suggesting police were keeping an “open mind” into the Brisbane killings.

Hannah Clarke and her three children were in a car when her estranged husband, Rowan Baxter, set them on fire. He then killed himself. The children died at the scene; Clarke died later in hospital.

Arndt tweeted, “Congratulations to the Queensland police for keeping an open mind and awaiting proper evidence, including the possibility that Rowan Baxter might have been ‘driven too far.’”

The Senate said Arndt’s statement “has the potential to bring the Order of Australia, instituted by Her Majesty The Queen, into disrepute.

“Order of Australia awards are a privilege and an honour and come with responsibilities.”

Arndt received the award “for significant service to the community as a social commentator, and to gender equity through advocacy for men”.

Labor’s deputy leader in the Senate, Kristina Keneally, made it clear the motion was making no condemnation of the Queensland police.