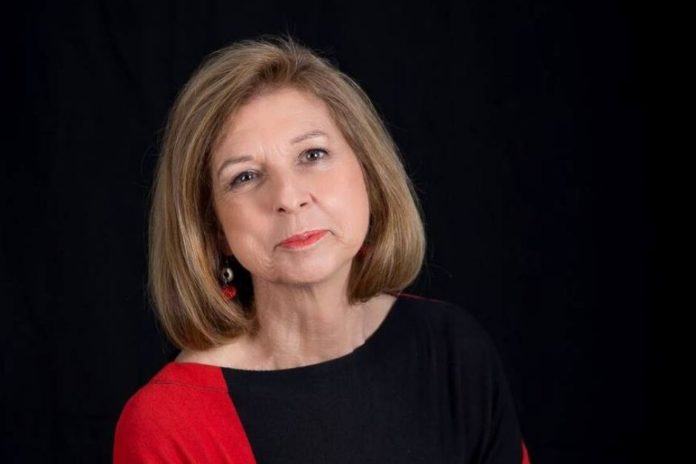 Apart from committing a crime, what do you have to do or say to be stripped of your order of Australia award?

Where “a line” should be drawn is the question the Council for the Order of Australia must decide, in response to calls for outspoken men’s advocate Bettina Arndt to be stripped of her recently-bestowed AM.

It will be a judgement call, about the point at which the award system should refuse to tolerate a recipient making highly unacceptable comments.

This is difficult territory, involving both issues of free speech and precedent setting.

There’s no problem removing the award from someone who commits a crime – that’s happened plenty of times – but it’s another matter when the decision must of its nature be subjective.

Arndt received her AM in this year’s Australia Day honours “for significant service to the community as a social commentator, and to gender equity through advocacy for men”.

The award was immediately controversial, with critics saying it should be withdrawn, pointing to, for example, a sympathetic interview she conducted with a convicted pedophile. (She’d later apologised “to those I have offended by the relaxed tone of the interview”.)

The calls weren’t going to carry any weight – until Arndt made her comment about the horrendous action of Rowan Baxter who last week set alight his wife and children in a murder-suicide that shocked the nation.

Arndt embraced remarks by a Queensland police officer, Mark Thompson, who said:“Our job as investigators is to keep a completely open mind.

“We need to look at every piece of information and, to put it bluntly, there are probably people out there in the community that are deciding which side to take, so to speak, in this investigation.

“Is this an issue of a woman suffering significant domestic violence and her and her children perishing at the hands of the husband, or is this an instance of a husband being driven too far by issues that he’s suffered, by certain circumstances, into committing acts of this form?

“That’s why I want people to come and speak to us. If we are going to build a complete picture as to what has occurred, then we need to need to speak to everyone.”

Thompson later apologised; he was taken off the case.

Arndt tweeted: “Congratulations to the Queensland police for keeping an open mind and awaiting proper evidence, including the possibility that Rowan Baxter might have been ‘driven too far.’”

She went on to accuse feminists of double standards, in seeking excuses and explanations when women killed their partners or children while “immediately judging a man in these circumstances as simply representing the evil violence that is in all men”.

This can be done by the governor-general, on the recommendation of the council, if “the holder of the … award has behaved or acted in a manner that has brought disrepute on the Order.”

In her letter Henderson argues Arndt has done just that.

“These comments which concern a man who doused his wife and children in petrol and burnt them to death are abhorrent. Suggesting that someone may have been ‘driven too far’ – which implies that there may have been some justification for such a heinous crime – reflects values which are inconsistent with Ms Arndt retaining her award as a Member of the Order of Australia in the General Division,” Henderson wrote.

Henderson noted that in the past she had been “quite supportive” of Arndt, including when chairing a parliamentary inquiry into family violence law reform.

“I recognise that Ms Arndt, as a social commentator, has in the past made an important contribution to the debate on family violence and gender equity including in her advocacy for Australian men who suffer family violence. I say this noting that it is estimated that some 90 per cent of family violence victims are women and children,” Henderson wrote.

“Notwithstanding her contribution, I believe that Ms Arndt has so seriously crossed the line in her commentary concerning this horrific act of family violence that it is no longer appropriate that she be awarded this Honour recognising her work as a social commentator.”

In the House of Representatives on Monday, both Scott Morrison and Anthony Albanese spoke about Hannah Clarke and her children, and the House paid its respects, as did the Senate.

Given the intensity of public feeling, the council may find itself damned whatever its decision.

– ref. View from The Hill: Conundrum for Order of Australian Council over Bettina Arndt’s award – https://theconversation.com/view-from-the-hill-conundrum-for-order-of-australian-council-over-bettina-arndts-award-132361