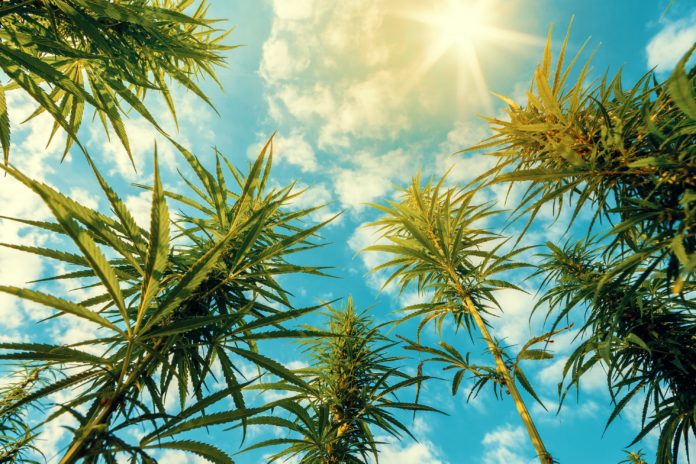 As New Zealand prepares for a referendum on legalising recreational cannabis, the latest surveys show opposite trends for cannabis use by adults and adolescents.

Adult use of cannabis has risen sharply over the last few years, reflecting softening attitudes towards the drug. But our study, published today, shows cannabis use in adolescents has been decreasing since 2001.

It is important to understand what drives these trends to predict how legalisation could affect teen cannabis use.

Our research shows the proportion of 14 to 15-year-olds reporting they had ever used cannabis fell from 19% in 2012 to 14% in 2018. Those who reported using in the past month fell from 10% to 8% over the same period. The recent changes are modest, but they follow substantial declines in cannabis use among high school students between 2001 and 2012.

My earlier research showed young New Zealanders are also less likely to smoke, drink or be sexually active than their 1990s counterparts. And New Zealand isn’t the only country to observe a drop in adolescent substance use over the past two decades.

Teen smoking and alcohol use declined in almost all OECD countries, and teen cannabis use has fallen since the early 2000s in many countries, including Australia, England, Canada (pre-legalisation), and several European countries.

Read more: ACT cannabis laws come into effect on Friday, but they may not be what you hoped for

Although US researchers have seen a marked shift in high school students’ attitudes towards cannabis, with fewer teens thinking of it as a harmful drug, they have found no rise in cannabis use.

Separate studies reached the same conclusion that lower cannabis use is linked to falling rates of drinking and smoking among teens.

European research helps to explain the US findings. According to a Norwegian study young people expressed greater willingness to try cannabis in recent years but had fewer opportunities to do so. This seems to be because young people are spending less face to face time with their friends in the evenings – the situation when cannabis use typically occurs.

Another explanation for lower cannabis use in 14 to 15 year olds is that people are starting older than in the past. Research shows the average age when young people first try smoking, drinking and cannabis has gone up in recent years in New Zealand, Australia and the US. Closer supervision by parents and [changing attitudes to smoking and drinking] among young people themselves appear to play a role.

One of the stated aims of the Cannabis Legislation and Control bill New Zealanders will vote on in September is to protect “the health and well-being of New Zealanders, particularly young people, through restricting their access to cannabis”.

One argument is that because drug dealers don’t ask for age ID, the best way to protect young people from cannabis is to legalise it and enforce a strict R20 age limit. Some have backed this up with evidence from US states that have legalised cannabis use, showing that adolescent use has not increased, and in some states decreased. But these arguments don’t hold up to scrutiny.

Firstly, cannabis use has been declining in many Western nations where cannabis use remains illegal, including New Zealand. This appears to be part of a broader shift in adolescent behaviour, not a response to policy changes.

Declining teen cannabis use in states that have decriminalised recreational cannabis does not prove that cannabis age restrictions work. Rather, teen cannabis use has likely fallen in those states for the same reason it has fallen elsewhere: young people are spending [less time with their friends] and have fewer opportunities for substance use in general.

Secondly, it is well known that adolescents access alcohol and tobacco primarily through friends and family, not from retailers.

Why would cannabis be any different? Given the draft law allows cannabis growing for personal use, it is highly likely that legalisation will result in increased access through young people’s social networks.

There are some very good reasons to reform New Zealand’s cannabis laws. Biases at every level of the justice system mean [Māori are more likely to face fines and imprisonment], compared with non-Māori cannabis users. Prohibition also makes it harder for people to seek help for their drug use, because of fear of prosecution.

But the idea that legalising cannabis will somehow make it less accessible to young people really doesn’t stack up.

– ref. Teen use of cannabis has dropped in New Zealand, but legalisation could make access easier – https://theconversation.com/teen-use-of-cannabis-has-dropped-in-new-zealand-but-legalisation-could-make-access-easier-132165