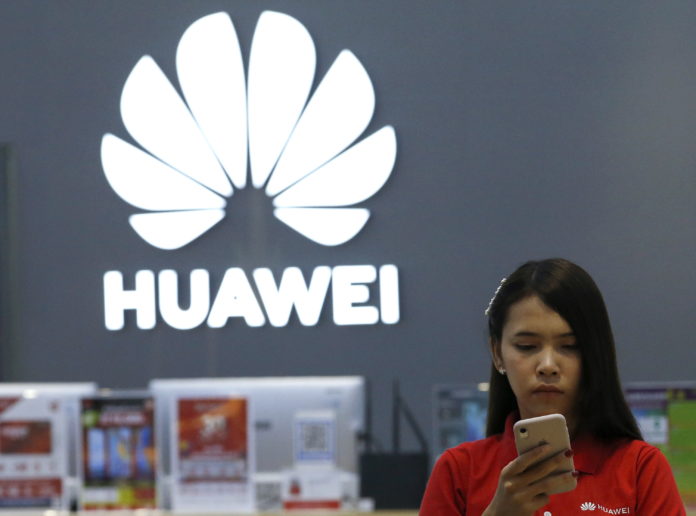 China’s ambassador to Australia, Cheng Jingye, let the cat out of the bag this week when he lambasted Canberra over its decision to exclude Huawei from the build-out of Australia’s 5G network.

This is not the first time Chinese officials have voiced their country’s displeasure with the Australian government’s campaign against Huawei. But Cheng’s public intervention represents the most direct criticism of Australia in what is shaping as a defining issue in relations between China and the West.

A burgeoning technology war with China

It is now clear America and its allies are engaged in what has the makings of a full-blown technology war. The ultimate destination of this conflict is unclear, but its ramifications will scar international relationships for decades to come.

The rawness of this issue is likely to become more pronounced as China spreads its superfast 5G technology across the globe in competition with the more expensive Nokia and Ericsson systems. Huawei technology accounts for about 30% of the world’s mobile technology market, double the reach of its nearest rivals.

Read more: What’s at stake in Trump’s war on Huawei: control of the global computer-chip industry

America and its allies fear Huawei’s penetration – indeed dominance – of the market for 5G will give the Chinese company, and China itself, a “backdoor” into communications systems globally.

The battle over Huawei is merely the most visible manifestation of conflict between the US, the longtime leader in technology, and China, the emerging technology superpower. China’s advances in areas like artificial intelligence are already turning assumptions about American technological superiority upside down.

What is in peril is a global communications system in which various players find ways to integrate their technologies. A technology wrangle involving combatants in a fight for dominance in a data-hungry world is giving new meaning to the word “disruption”.

Behind the scenes, China has made no secret of its angst over Australia’s role as what it perceives to be a stalking horse for Washington in a campaign against Huawei and, by extension, other Chinese technology companies.

A lobbying campaign conducted in 2018 by Andrew Shearer, then deputy head of the Office of National Intelligence, particularly incensed Beijing. He had sought to persuade the UK to exclude Huawei from its 5G build-out.

Read more: Huawei is a test case for Australia in balancing the risks and rewards of Chinese tech

No Australian prime minister has visited Beijing since Malcolm Turnbull in 2016.

Cool relations between Canberra and Beijing can be attributed in great part to these behind-the-scenes lobbying activities against Huawei by a member of the so-called “Five Eyes” intelligence-sharing establishment (in partnership with the US, UK, Canada and New Zealand).

The UK’s decision, despite pressure from US President Donald Trump, to enable Huawei to help build non-core elements of its 5G network is causing a crisis of confidence among “Five Eyes” participants.

How to deal with China in a new era in which American technological dominance is eroding fast lies at the centre of this argument.

Fallout in Australia from internal “Five Eyes” wrangling over the Chinese company emerged in the past week or so. It was revealed Anthony Byrne, the deputy chair of the Australian Parliament’s intelligence committee, had upbraided visiting British Foreign Secretary Dominic Raab over the UK’s decision to allow Huawei to help build its 5G network.

Read more: Huawei and 5G: UK had little choice but say yes to Chinese – here’s why

That confrontation was leaked to the media and caused the cancellation of a visit to the UK by leaders of the intelligence committee. Committee chair Andrew Hastie and Byrne will now travel to Washington instead for consultations on the Huawei issue.

In some respects, these arguments among friends and allies might be regarded as a storm in a teacup since Australian parliamentary committees are relatively powerless.

However, it is not overstating the case to say differences among the “Five Eyes” on the Huawei issue pose a threat to a long-standing Western consensus about how to manage relations with China more generally.

Fighting words from the US

These cracks were visible at the just-concluded Munich security conference. US Secretary of State Mike Pompeo and Defence Secretary Mark Esper warned that alliances, including the future of NATO itself, were in jeopardy if European countries went ahead with using Huawei technology in their 5G networks.

In an unusually sharp and direct criticism of China, Esper described Huawei as the “China poster child for its nefarious industrial strategy”, one that is “fuelled by theft and coercion and the exploitation of free-market, private companies and universities”. He added:

The Chinese Communist Party is heading even faster and further in the wrong direction with more internal repression, more predatory behavior, more heavy-handedness and a more aggressive military posture. It is essential that the international community wake up to the challenge.

These are fighting words, but it is at least questionable whether Washington, with the assistance of allies like Australia, will prevail in its efforts to shut Huawei and other Chinese technology companies out of the biggest and most lucrative market of the 21st century – advanced technology.

If there was a consensus among the participants in Munich, it was that Western countries needed to tread warily in absorbing Chinese technology into their communications systems to the point where dependence on China would become irreversible.

Read more: How US-UK intelligence sharing works – and why Huawei 5G decision puts it at risk

A smattering of officials, including Fu Ying, former ambassador to Britain and Australia, represented Beijing at the conference. She posed a rhetorical question that will have resonated with some attendees:

Do you really think the democratic system is so fragile it could be threatened by this single high-tech company, Huawei?

US moves in court against Huawei

Meanwhile, Washington added fuel to an already heated “technology war” by charging Huawei and two of its subsidiaries with federal racketeering and conspiracy to steal trade secrets from US companies.

This represents a significant escalation in the US campaign against Huawei.

Washington is accusing Huawei of purloining trade secrets, including source codes and wireless technology, from six companies. These were were not named but are believed to include US technology giants Cisco and Motorola.

These “racketeering” charges are separate from extradition hearings in Canada involving Meng Wanzhou, Huawei’s chief financial officer and daughter of its founder.

Washington is seeking Meng’s extradition on charges of participating in a decade-long attempt by the company to steal state secrets, obstruct a criminal investigation and evade economic sanctions against Iran.

Whether it likes it or not, the Australian government finds itself attached to an American campaign against Huawei and, in turn, a slew of other Chinese companies.

Leaving aside a conventional trade war between the US and China over soybeans and consumer durables, a technology conflict will prove longer lasting and certainly more disruptive.

– ref. Why the global battle over Huawei could prove more disruptive than Trump’s trade war with China – https://theconversation.com/why-the-global-battle-over-huawei-could-prove-more-disruptive-than-trumps-trade-war-with-china-131828