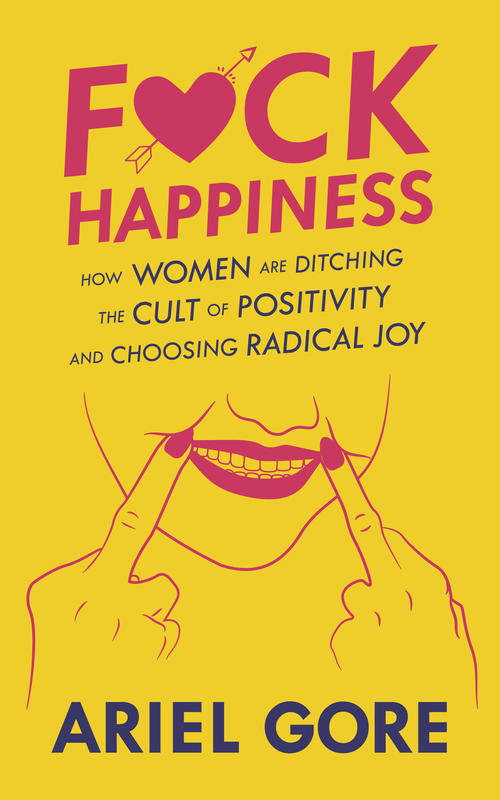 Warning: this piece features frequent coarse language that may offend some readers.

Since Adam Mansbuch’s 2011 bestseller, Go the Fuck to Sleep, book titles have been swearing profusely to grab audience attention. The author followed up on the winning formula with You Have to Fucking Eat and Fuck, Now There Are Two of You.

Book covers compete with a barrage of information and images, so it’s no wonder many writers resort to shock tactics. It works. The Subtle Art of Not Giving a Fuck is testament to this, selling 2 million copies and translated into 25 languages. Without the “Fuck” this would very likely have been a different story.

Presumably hoping to ride on the back of this success, upcoming releases include Fuck Happiness and The Middle Finger Project.

In the English language, at least, fuck and other words on the more extreme end of profanity are the last frontier of using language to shock. In 2020, we find ourselves in a place of extremes so they come in quite handy.

But with so many fucks on book covers, where do writers go from here to express our fear, horror, rage and disgust?

Heard it all before

Eventually we become desensitised to the overuse of words. Shit, a taboo for older generations, is now so lacking as an obscenity it is written on the covers of notebooks and pencil cases available in stationery chain stores popular with schoolchildren, such as Typo.

According to a 2019 ABC study of 1,538 subjects, Australians are seeing and hearing more coarse language than they did five years ago, both in the media and in public.

Tennis, one of the last bastions of politeness, does constant battle with players like Nick Kyrgios who rack up massive fines for dropping the F-bomb on the court.

Fines, like detention, seem to be on the train that has left the station when you consider reputable online booksellers currently carry almost a hundred books with fuck in the title. Most of these are self-help books, because we are, obviously, quite fucked and need help, and cookbooks, such as Yumi Stynes’ The Zero Fucks Cookbook. Kitchens seem to be a hotbed of fucks, a trend set some time ago by Gordon Ramsay.

Meaning and language are in a constant evolution and can act as a moral barometer. Expressing the fears and horrors of her times 200 years ago, author Mary Shelley created a “fiend”, formed through “unspeakable” horrors. Some initially derided the work as “disgusting”, but the extremes of her Frankenstein left an impact on literature and society of mythic proportions, without resorting to profanity or cheap tricks. She left the unspeakable to our imaginations, yet it broke boundaries and challenged our understanding of life and human nature.

In 1959, the unabridged edition of D.H. Lawrence’s Lady Chatterley’s Lover was published with several instances of fuck. The edition was banned. In 1963, fuck was included in the Dictionary of Slang and Unconventional English, triggering complaints to schools, libraries and the police.

Taboos and standards are forever in flux and younger generations always seek a boundary to break through. In our times of consumption and greed, we are eating our way through those boundaries at a great rate, along with as many of the Earth’s resources as we possibly can.

Sure, there is still coarser language that will work for a few years until it also becomes a meme; until we wear it out as a book title or, perhaps, if we think too hard about what it means and how we might use it.

Language can only evolve creatively with a dynamic culture, deep education and critical practitioners of the literary arts, within and outside of the academy. Words are weapons; they are our way of making sense of life and without them we are unspeakable.

Language and how we use it really matters. It creates knowledge, culture and community. If we are to navigate our way through the future and avoid reaching a place of anarchy, we need a language for it.

Resorting to coarse language on book covers could be a symptom of society’s collective misery, but it could also be attributable to the starvation of the arts by government and a desperate need to grab readers’ attention. If literature loses the power to shock then it loses an important mode of engagement, according to postcritical theorist Rita Felski. It’s enough to make you want to swear and curse and scream. Unfortunately, as a word to save for extremes, we have really fucked up fuck.

Donna Mazza’s new novel has an f-word in the title but it’s Fauna.