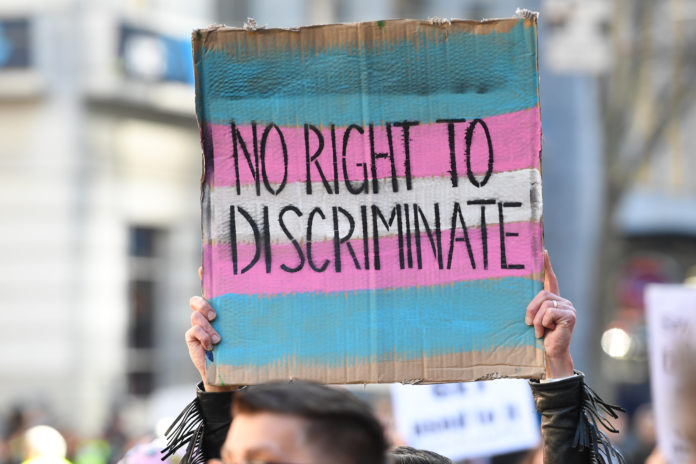 In 2019, discrimination law rarely left the headlines. Among the issues crowding the public agenda: the Israel Folau case, the draft Religious Discrimination Bill, sexuality in schools, transgender women’s participation in sport, an inquiry into sexual harassment and the Victorian Gender Equality Bill, among others.

In such a hectic and political space, we sometimes lose sight of the broader direction of discrimination law and how it should be framed.

The extensive public critiques of the draft Religious Discrimination Bill suggest a thoughtful approach to legal reform is both necessary and politically desirable. In short, we need to talk about the future of discrimination law.

Read more: Religious Discrimination Bill is a mess that risks privileging people of faith above all others

To this end, we launched the inaugural Australian Equality Law Forum last November. This brought together over 65 scholars, lawyers and representatives from government, equality bodies, unions, employers and not-for-profits to discuss some of the most challenging issues in discrimination law.

What emerged was a series of key reflections on where discrimination law is heading, as well as lessons on how to maximise its effectiveness.

Equality bodies have experienced substantial cuts in recent years, but are still expected to achieve more with less.

Though equality bodies have fewer powers than, say, the Fair Work Ombudsman, they still have a significant impact on compliance with discrimination laws.

Federal, state and territory agencies, along with the Fair Work Ombudsman, are all trying to achieve broader, systemic change through a range of strategies.

Going forward, we need to ensure these bodies are given the appropriate resources and support from government to fulfil their remit. We must also consider expanding the powers of equality bodies to match the tools available to the Fair Work Ombudsman and similar agencies.

New forms of work and sources of income in the gig economy are also bringing new challenges for those impacted by discrimination.

There is growing concern over how algorithms and online systems can perpetuate inequality in society. Racial bias can impact the price of an Airbnb rental listing, for instance, as well as an Uber driver’s rating.

The gender pay gap also persists in the gig economy.

The issue is how we enforce our current workplace discrimination laws in the online world. This is particularly problematic when there is a lack of transparency in the technology and data behind the algorithms used by many platforms. For instance, we cannot see the reviews that are used to determine Uber driver and passenger ratings, which makes it difficult to determine if discrimination has occurred.

Read more: Big data could be a big problem for workplace discrimination law

Relying on individuals to challenge systemic discrimination of this nature is unrealistic. It is even harder for people employed in precarious or insecure forms of work, such as Uber drivers or Deliveroo riders, to take up this mantle.

Relying on technology companies to self-regulate on these issues has also proven ineffective.

Secrecy and transparency in discrimination law

These challenges are compounded by the secrecy in the discrimination law complaints system and the culture of silence surrounding claims.

Non-disclosure agreements can offer benefits to individuals involved in discrimination claims. However, they risk undermining systemic change and may fail to address the core drivers of discriminatory conduct.

We need to find a better balance between protecting the privacy interests of individuals and tackling the root causes of discrimination.

The vast array of exceptions found in discrimination laws also lacks a coherent and strategic rationale. Considering they largely prevent or reduce claims in certain sectors, more needs to be done to explain and justify their use.

Indeed, this is where the biggest battles are currently being fought in discrimination law.

For example, the Ruddock religious freedom review led to a public outcry over existing exceptions in the Sex Discrimination Act that allow religious schools to exclude LGBT students and teachers.

Much of the controversy over the draft Religious Discrimination Bill is also centred on the wide exceptions it grants religious organisations to discriminate against women, the LGBTI+ community and other religions.

Read more: Why the Israel Folau case could set an important precedent for employment law and religious freedom

There is little that conceptually ties together the many different types of exceptions in our discrimination laws, as well.

For instance, a car insurance provider setting higher premiums for male drivers is entirely different from a church requiring its pastors be of the same faith. While both of these are permissible under existing discrimination law exceptions, there is no single rationale that justifies them.

Much work remains to be done to find the right balance on these exceptions.

Rather, we need to focus on collective and proactive measures to promote equality.

This might take the form of legal claims filed by organisations on behalf of those who have experienced discrimination. Or it might involve strengthening unions and collective action.

It might also take the form of positive duties, which require organisations to take proactive steps to address inequality, rather than simply responding when a complaint is made.

Engaging people in the process of achieving equality is also important. This is something which has fortunately been integrated into the Victorian Gender Equality Bill.

If passed, this law would require public bodies to prepare a gender equality action plan in consultation with their employees and other relevant individuals. This may offer a new approach to achieving equality that other jurisdictions can follow.

To really make a difference, we need a holistic, community-based approach to discrimination law reform. It will require a sustained effort. Addressing discrimination and achieving equality should be on the agenda for all of us.

– ref. We need to talk about discrimination law – without all the rancor – https://theconversation.com/we-need-to-talk-about-discrimination-law-without-all-the-rancor-129697