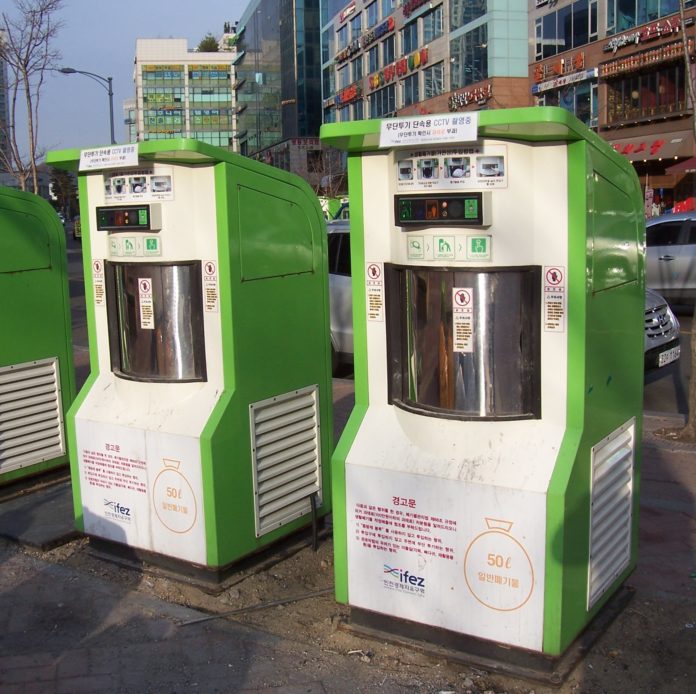 Source: The Conversation (Au and NZ) – By David Teh, Sessional Lecturer and Tutor, College of Business, RMIT University

Total global waste is expected to double from nearly 2 billion tonnes in 2016 to an estimated 4 billion tonnes by 2050 as consumer-oriented urban populations grow. As population growth increases consumption and waste, managing this waste is becoming an ever greater challenge. The Internet of Things (IoT) can be used to develop smarter and more effective ways of managing and reducing waste.

IoT is a monitoring technology, which enables accurate tracking and collection of real-time data. It can help with problems such as timing of waste collection, and waste treatment and disposal.

Read more: The next great leap forward? Combining robots with the Internet of Things

How a smart city manages waste

IoT can enable automation, through cyber-physical systems, that changes the way waste management takes place. Some cities are already using a combination of IoT and sensors to operate smart waste management systems.

The city is connected by a truck-free waste management system. Automated waste disposal bins are located throughout the city. Pneumatic pipes suck waste directly from premises into an underground network of pipes and tunnels.

The system connects to a central waste-processing facility called the “Third Zone Automated Waste Collection Plant”. Waste is automatically sorted and recycled, buried, or burned for energy. Some of the key reported benefits are greater energy efficiency and reduced landfill and energy costs.

Read more: While governments talk about smart cities, it’s citizens who create them

World is ‘off track’ on SDGs

In 2018, 4.2 billion people, or 55% of the world’s population, lived in cities. By 2050, two-thirds of the world’s people will be urban. Increasing urbanisation has serious environmental sustainability implications and creates significant burdens on infrastructure, including waste management.

The summit formally adopted a new sustainable development agenda and 145 SDG acceleration actions. Forty-two of these actions are related to SDG11 – Sustainable Cities and Communities.

Australia, with a fast-growing population population of about 25.5 million, is struggling with a waste crisis.

Read more: Another COAG meeting, another limp swing at the waste problem

Australia’s fastest-growing city is Melbourne in Victoria. The state has doubled the amount of waste it generates in the past 20 years. Problems have mounted in New South Wales and Queensland too.

In August 2019, SKM Recycling, which has operations in Victoria, Tasmania and South Australia, went into receivership. The company received a A$10 million government bailout to pay for repairs and maintenance of waste-sorting machines. Nevertheless, councils were forced to send their recycable materials to landfill after the Environment Protection Authority ordered the company’s glass recycling service to stop operating.

Read more: Don’t just blame government and business for the recycling crisis – it begins with us

Infrastructure Victoria has proposed a six-bin rubbish collection system to reduce contamination of recyclable wastes. Single-use plastic bags have been banned since November 1 2019. The ban is part of state government measures to reduce plastic pollution and the amount of waste going to landfill and to strengthen Victoria’s recycling industry. Similarly, e-waste is banned from landfill.

The state government has invested A$135 million in creating a stable and productive waste and resource recovery sector.

Melbourne continues to modernise its waste management. The city council installed CleanCUBE solar-powered waste compactors in high-density parts of the city in 2018.

Besides reducing the footprint of public litter bins by 49%, the city has greatly reduced the average number of waste collections and therefore of waste trucks roaming the streets. This has eased traffic congestion and reduced carbon emissions. But will such measures be enough to cope with urban population growth?

Read more: How recycling is actually sorted, and why Australia is quite bad at it

What more can be done?

Infrastructure Victoria is advising the state government on how to create a strong and sustainable recycling and resource recovery industry. Its preliminary report proposes several options, including:

Using IoT in this way will strengthen recycling industries and specifically enable Australia to be at the forefront of implementing the SDG 2030 agenda.

– ref. As cities grow, the Internet of Things can help us get on top of the waste crisis – https://theconversation.com/as-cities-grow-the-internet-of-things-can-help-us-get-on-top-of-the-waste-crisis-127917