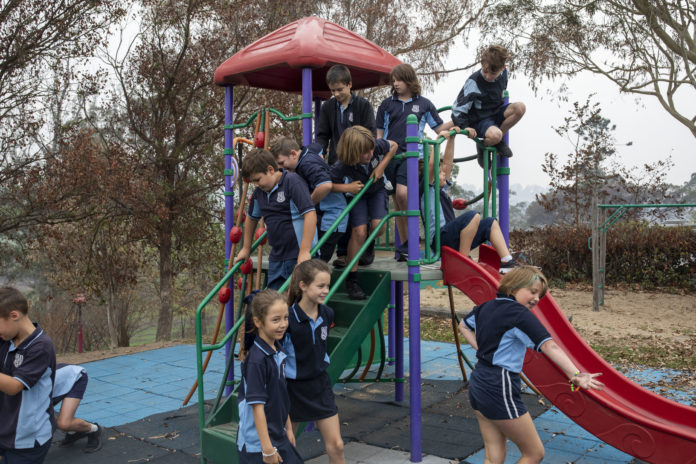 As Australian students returned to school this week, they were met with conflicting and changing advice from federal and state governments on the coronavirus outbreak.

The outbreak, which originated in the Chinese city of Wuhan in Hubei province, has killed more than 170 people and spread to at least 16 countries – seven people have been identified with the infection in Australia.

The Australian government’s initial advice was that any child who had been in contact with an infected person be excluded from school for 14 days. But schools shouldn’t exclude children who were well and who had not had any exposure to an infected person that may have come back from China.

This position was updated on Wednesday afternoon when the chief medical officer asked people who have returned from Hubei province, or have had contact with someone who has a suspected or confirmed case of the virus, to stay at home for 14 days.

This update came as four people attending a conference in Germany contracted the virus from a Chinese national who did not show any symptoms until 24-48 hours later.

The Victorian government also updated its advice to match the federal government’s.

The NSW government, however, requested children who had visited any part of China in the last two weeks not to attend school or childcare services until 14 days have lapsed from their date of departure from China.

How contagious is the virus?

While the World Health Organisation is meeting to see whether to consider the outbreak a global emergency, it is important to note the risk of a child at school or childcare in Australia being infected remains very low.

The WHO believes for every one person infected with coronavirus, up to 2.5 others can become infected (this is how experts estimate contagion). There have only been seven confirmed cases in Australia so far and the government has put in place strict quarantine strategies to ensure they don’t infect others.

A person with seasonal flu is estimated to infect around 1.28 people, but there are thousands of infections during flu season. Unless a child has been in close contact with someone who has coronavirus virus, they are far less likely to catch it from school or childcare than they are to catch the flu during an outbreak.

The novel coronavirus belongs to the same family of coronaviruses as the severe acute respiratory syndrome (SARS) but current evidence shows it is not as infectious. A person infected with SARS was reported to infect up to five others.

During the SARS outbreak, the WHO advised all contacts of suspected or probable cases be placed under active surveillance for ten days and directed to observe voluntary isolation for at least ten days.

With the current coronavirus, WHO advises people to take caution and for countries to implement temperature checks of travellers coming from the affected areas. This is a lesser response than with SARS.

Who decides who goes to school?

During disease outbreaks, authorities are particularly concerned about schools and childcare centres for several reasons. Children are often in close contact with each other and are less likely to adhere to public health messages (such as washing hands and not sharing water bottles).

Children in childcare, especially those younger than two years, are particularly vulnerable because many of them still haven’t finished their vaccinations.

Each Australian state and territory has its own disease surveillance and control branch which develops public health recommendations based on the scientific evidence relating to an outbreak. But some public health messages can also be influenced by political factors.

For instance, the NSW health minister admitted the government’s advice was not “medically necessary” but that the government has acted in line with community expectations to ensure the safest possible environment for students.

Decision makers can use something called the “precautionary principle” when issuing advice. This states when there is a serious risk to human health, lack of scientific evidence should not be used to postpone preventive measures.

An independent review set up to investigate the handling of the SARS outbreak in Toronto found decisions were delayed because decision makers felt they didn’t have enough evidence to make them. The commission stressed the “importance of the precautionary principle that reasonable efforts to reduce risk need not await scientific proof”.

In Australia, there was only one case of SARS, in NSW, in a visitor who caught the infection in their home country. The state’s health department advised those who suspected they had been infected not to go to school or public places and seek medical treatment.

Victoria’s advice during a SARS outbreak is that

All suspected, probable and confirmed cases will be excluded from school and work until clearance is obtained from the department.

Close contacts of cases or returned travellers from regions of SARS outbreak, as defined by the department, will be allowed to attend school provided that they remain completely asymptomatic.

This advice is less urgent than the current messaging.

In Toronto, three schools were closed during the SARS outbreak but 24 people had died of it there within three months.

Health officials making the decision to close schools during an outbreak weigh the potential benefits of reducing transmission against economic and social costs, difficult ethical issues (such as potential xenophobia) and the disruption of education.

Although the risk to human health is always prioritised, these considerations make decisions difficult, especially when the number of cases is still low.

– ref. Will my child get coronavirus at school? Here’s some perspective for Aussie parents – https://theconversation.com/will-my-child-get-coronavirus-at-school-heres-some-perspective-for-aussie-parents-130782