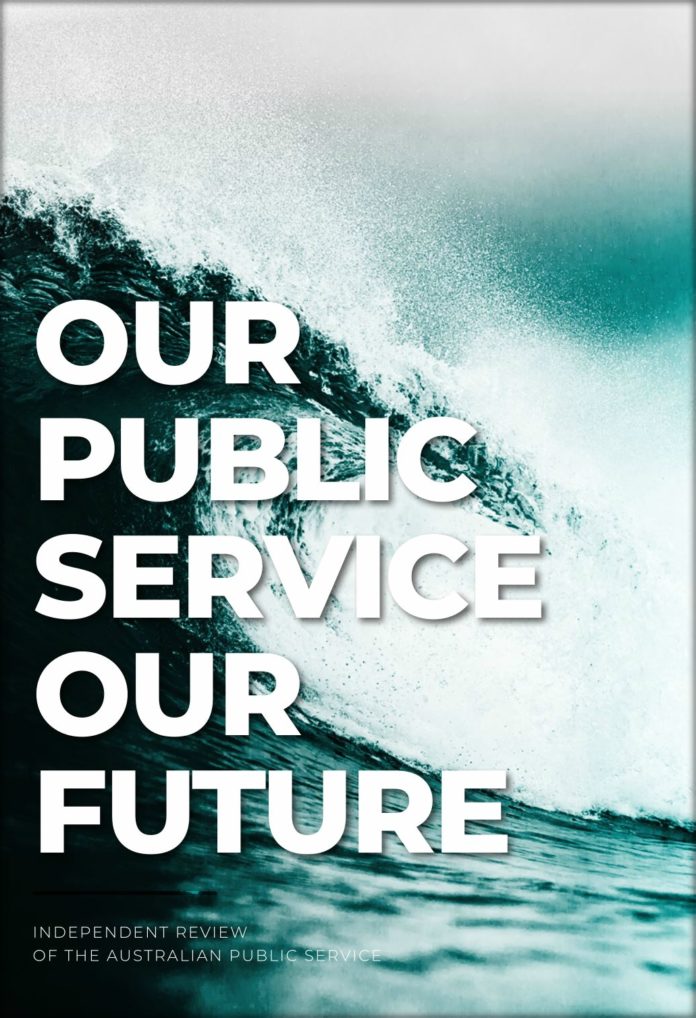 The government’s defence of Bridget McKenzie and the prime minister’s call for advice from the head of his department reveal a remarkable misunderstanding (or, less surprisingly, a remarkable misrepresentation) of the respective roles of ministers and administrators.

if we only ever do what bureaucrats tell us, we don’t meed ministers.

The Attorney-General Christian Porter backed him up:

what I fundamentally don’t accept is that ministers should not be involved in final approval of projects. That’s their job.

On Wednesday at the National Press Club, Prime Minister Scott Morrison spelled out what he saw as the strengths of ministers and politicians as decision-makers, saying that in contrast to public servants,

at the end of the day politicians, members of parliament are elected. We face our electors. We are part of our communities. We live in them. We engage there every day.

A former Coalition sports minister, Jackie Kelly, has been less diplomatic. She used an appearance on ABC’s The Drum to deride “unaccountable public servants” who she said had “their own axe to grind”, unlike elected members of parliament who understood community needs and were accountable to their electorates.

My fear is that these statements reflect misunderstanding – not just wilful misrepresentation – both of the respective roles of ministers and public servants and of respective accountability arrangements.

Of course ministers – if legally authorised to decide on grants – may exercise discretion and are not required to accept the recommendations of public servants.

However, their first role is setting the criteria for the allocation of the funds: sometimes by introducing legislation, and other times by articulating the objectives of programs which form the basis for public service decisions or advice.

Read more: View from The Hill: Politicians not bureaucrats are the ones in touch, Morrison claims in sports affair

Having set up frameworks, ministers may be legally empowered to make final decisions (depending on the legislation involved), but can be expected to be constrained by those frameworks just as much as public servants. They will also be required to give reasons, consistent with the frameworks, for rejecting public service recommendations.

The public service is accountable for the advice it provides and the decisions it makes. The Audit Office would quickly highlight a finding that advice was not consistent with the framework the parliament or the government had established.

This includes the provisions in the Administrative Decisions (Judicial Review) Act (which effectively define “impartiality”), the capacity for decisions to be subject to legal review, and the requirements under the Freedom of Information Act that ensure (with identified exceptions) public access to documentation.

Ministerial advisers, scarcely at all

Under the Constitution, ministers are responsible for the administration of departments. But for a long time, perhaps since Federation, the convention has been not to hold them personally accountable for their department’s administrative failures unless they are personally involved.

This makes the idea of an “unaccountable” public service a figment of the imagination of some politicians and their advisers. If there is a group within the executive arm of government that is unaccountable, it is ministerial advisers, not the public service.

A return to greater independence of the kind recommended in December by the independent review of the public service conducted by David Thodey, but dismissed by the government, would in no respect reduce accountability.

Among these are the merit principle, impartiality and non-partisanship.

Alhough the Sports Commission does not come under the Public Service Act, it has articulated similar values, including “integrity”, and the parliament has given it even greater independence, requiring any directions its minister gives it to be in writing.

Servants should not investigate masters

This brings me to the question of whether the head of the department of prime minister’s department, in this case Philip Gaetjens, is the appropriate person to advise whether a minister has behaved consistently with the prime minister’s guidelines on ministerial behaviour.

Malcolm Turnbull set the precedent by referring the behaviour of his ministers Barnaby Joyce and Stuart Robert to the head of his department for advice.

There seem to me two possible ways to apply the prime minister’s ministerial standards.

One is to regard them, to the extent they go beyond strict legal requirements, as essentially political, articulating the prime minister’s view of appropriate ethical behaviour.

Investigations are a job for someone else

Under this approach (which seems unlikely to pass the famous “pub test”), the prime minister really needs no independent advice but might choose to seek advice from a respected political ally to lend credibility to his decision.

A suitable source might be a former minister or his chief of staff, but certainly not the secretary of his department, who is required to be apolitical under the Public Service Act.

The second approach is to give the standards a firmer status, in which case a more independent assessment of possible breaches would be appropriate.

But again, the secretary of the prime minister’s department is not the appropriate person to undertake it. This is particularly so given the more recent practice of prime ministers personally appointing people to the role with whom they have personal relationships (most clearly the case with Gaetjens).

The most appropriate body under this second approach would be a parliamentary integrity officer or organisation, either an anti-corruption authority or a conflict of interest and ethics commissioner of the kind that exists in Canada.

– ref. The ‘sports rorts’ affair shows the government misunderstands the role of the public service – https://theconversation.com/the-sports-rorts-affair-shows-the-government-misunderstands-the-role-of-the-public-service-130796