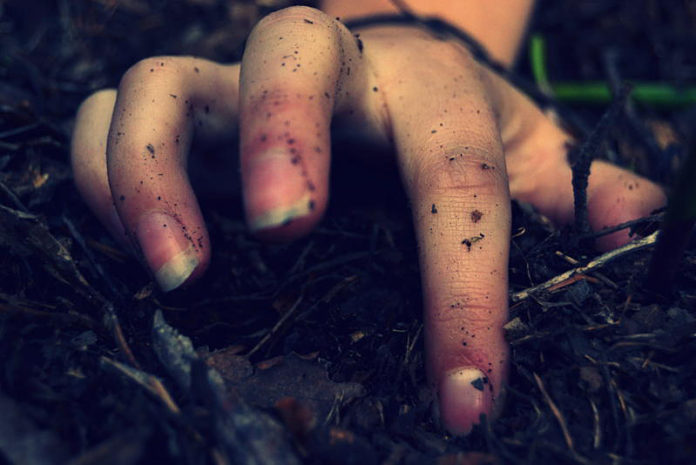 Many Australians feel compelled to help our damaged wildlife after this season’s terrible bushfires. Suggested actions have included donating money, leaving water out for thirsty animals, and learning how to help the injured. But there is an equally, if not more, important way to assist: weeding.

Other emergency responses, such as culling feral animals and dropping emergency food from aeroplanes, are obviously jobs for specialists. But volunteer weeding does not require any prior expertise – just a willingness to get your hands dirty and take your lead from those in the know.

Why is weeding so critical?

The recent bushfires burned many areas in national parks and reserves which were infested with weeds. Some weeds are killed in a blaze, but fire also stimulates their seed banks to germinate.

Weed seedlings will spring up en masse and establish dense stands that out-compete native plants by blocking access to sunlight. Native seedlings will die without setting seed, wasting this chance for them to recover and to provide habitat for a diverse range of native species.

This mass weed germination is also an opportunity to improve the outlook for biodiversity. With a coordinated volunteer effort, these weeds can be taken out before they seed – leaving only a residual seed bank with no adult weeds to create more seed and creating space for native plants to flourish.

With follow-up weeding, we can leave our national parks and reserves – and even bushland on farms – in a better state than they were before the fires.

In January 1994, fire burned most of Lane Cove National Park in Sydney. Within a few months of the fire, volunteer bush regeneration groups were set up to help tackle regenerating weeds.

Their efforts eradicated weeds from areas where the problem previously seemed intractable and prevented further weed expansion. Key to success in this case was the provision of funding for coordination, an engaged community which produced passionate volunteers and enough resources to train them.

However, swift action now can prevent this. Mass germination reduces the broom’s seedbank to as low as 8% of pre-fire levels, and around half of the remaining seeds die each year. Further, broom usually takes three years to flower and replenish its seedbank. So with no new seeds being produced and the seedbank low and shrinking, this three-year window offers an important opportunity to restore previously infested areas.

Parks Victoria took up this opportunity after the 2003 fires in the Alpine National Park. They rallied agencies, natural resource management groups and local landholders to sweep up broom . Herbicide trials at that time revealed that to get the best outcome for their money, it was critical to spray broom seedlings early, within the first year and a half.

Broom management also needs to use a range of approaches, including using volunteers to spread a biological control agent.

Plenty of work to do

Parks Victoria continue to engage community groups in park management and will coordinate fire response actions when parks are safe to enter. Similar programs can be found in New South Wales, Western Australia, South Australia, Queensland, Tasmania, the Northern Territory, and the ACT.

A wide range of weeds expand after fire and warrant a rapid response. They include lantana, bitou bush, and blackberry.

Read more: Yes, native plants can flourish after bushfire. But there’s only so much hardship they can take

Managing weeds after fire is currently a high priority at many sites. At the edges of the World Heritage Gondwana rainforests of southwest Queensland and northern and central NSW, there is a window to more effectively control lantana. In many forested areas in NSW, Victoria and South Australia, fire has created an opportunity to address important weed problems.

State government agencies have the mapping capacity to locate these places. Hopefully they can make these resources easy for the public to access soon, so community groups can self-organise and connect with park managers.

All this needs money

Emergency funding is now essential to enable community-based weed control programs at the scale needed to have a substantial impact. Specifically, funding is needed for group coordinators, trainers and equipment.

While emergency work is needed to control regenerating weeds in the next 6-18 months, ongoing work is needed after that to consolidate success and prevent reinfestations from the small, but still present, seed bank.

Ongoing government funding is needed to enable this work, and prepare for a similar response to the next mega-fires.

You can volunteer to do your bit for fire recovery right now. In addition to state-agency volunteer websites, there are many existing park care, bush care and “friends of” groups coordinated by local governments. They’re waiting for you to join so they can start planning the restoration task in fire-affected areas.

Contact them directly or register your interest with the Australian Association of Bush Regenerators who can link you with the appropriate organisations.

Read more: You can leave water out for wildlife without attracting mosquitoes, if you take a few precautions

If we do nothing now, the quality of our national parks will decline as weeds take over and native species are lost. But if you channel your fire-response energy and commitment to help manage weeds, our national parks could come out in front from this climate-change induced calamity.

By all means, rescue an injured koala. But by pulling out weeds, you could also help rescue a whole ecosystem.

Dr Tein McDonald, president of the Australian Association of Bush Regenerators, contributed to this article.

– ref. Pulling out weeds is the best thing you can do to help nature recover from the fires – http://theconversation.com/pulling-out-weeds-is-the-best-thing-you-can-do-to-help-nature-recover-from-the-fires-130296