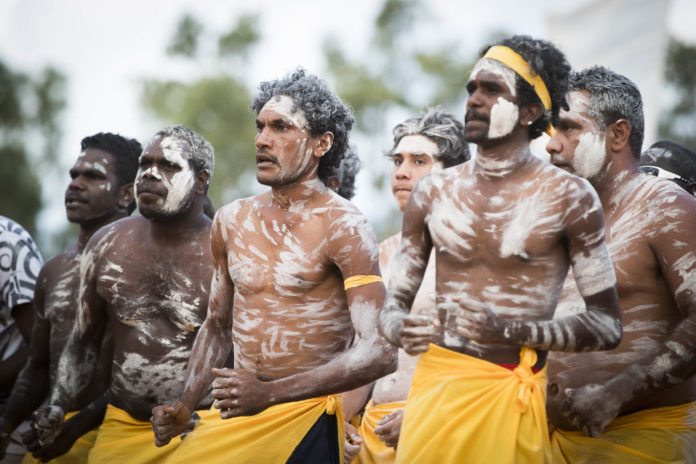 UNESCO’s International Year of Indigenous Languages recently came to an end after a year of celebration of linguistic diversity. And with a “decade of Indigenous languages” now under consideration, it’s a good time to review what these celebrations mean.

When the media report on the crisis of endangered languages, the view there’s an associated loss of culture, identity and even memory, is widely expressed.

While there are very good reasons to deplore the loss of small languages, assuming this loss condemns cultural identity may be unhelpful and reductive to those who have already shifted away from their heritage language.

To test the claim “losing language means losing culture”, I carried out linguistic research on Kriol, a postcolonial language now spoken by thousands of Indigenous Australians in the north of the country.

I found that regardless of the language they speak, people still find ways to express old ways of speaking in a new language, so language doesn’t fundamentally alter their cultural identity. In other words, their culture can shape their language, not just the other way around.

Highlighting the role of language with respect to culture is important to help minorities access the support they need to maintain or reclaim heritage languages.
Many people experience strong emotional attachment to their mother tongue. In Australia and other colonised countries, many Indigenous languages have been actively suppressed.

In such contexts, language maintenance and reclamation constitute responses to historical trauma, as well as acts of resistance.

Read more: Some Australian Indigenous languages you should know

However, when praise of linguistic diversity does not go hand in hand with nuanced discussion about the complex relationship between language and culture, it can feed the already prevalent misconceptions that language “conditions” culture.

In a country like Australia, where more than 80% of the Indigenous population has adopted new, post-colonial languages, this thinking is oversimplified.

Today, most Indigenous Australians speak Aboriginal English, a form of English with dialectal differences. A few thousand others speak creoles or mixed languages – languages that combine English-like forms with some features of older Australian languages.

This means for the vast majority of Indigenous Australians – and perhaps for descendants of migrants as well – singling out language as one of the main ways to maintain culture may be misplaced, and sometimes plainly hurtful.

Under Australian Native Title laws, for instance, Indigenous groups must demonstrate cultural continuity to be granted legal rights over their traditional land. While language isn’t mentioned in the Native Title Act 1993, the ways language can be used as evidence, and how it can influence court proceedings, is well-documented.

In this context, putting emphasis on traditional languages is a disadvantage for English-speaking Indigenous groups.

This shows that broader colonial ideology is still in play, where Indigenous populations are expected to conform to a static concept of Indigeneity, defined by the coloniser.

The linguistic and anthropological literature provides many examples of how languages can reflect cultural values and knowledge. This often surfaces in the way languages organise their vocabularies.

For instance, some Australian languages, including Kriol, have a word that means both “feel sorry” and “give”, which fits in well with the moral values of many Indigenous Australian societies. Other examples of possible correlation between language and culture are metaphors, or the expression of kinship relations.

While researchers often note such correlations between language and culture, little scientific research has explored what happens to such linguistic properties when people adopt a new language.

My recent linguistic study has shown how Kriol can preserve many of the meanings and convey the same emotions in the older Australian languages it replaces, such as the critically endangered Dalabon language.

Language is shaped by culture

The basic grammar of Kriol and the shape of its words resemble English, and differ sharply from Dalabon.

What this shows is that language and meaning are highly plastic: they adapt to what speakers have to say. In this way, language is shaped by culture, and even when language is replaced, culture can continue.

But this doesn’t mean the language they currently speak, although much closer to English, distances them from their own culture and identity.

– ref. Indigenous languages matter – but all is not lost when they change or even disappear – http://theconversation.com/indigenous-languages-matter-but-all-is-not-lost-when-they-change-or-even-disappear-127519