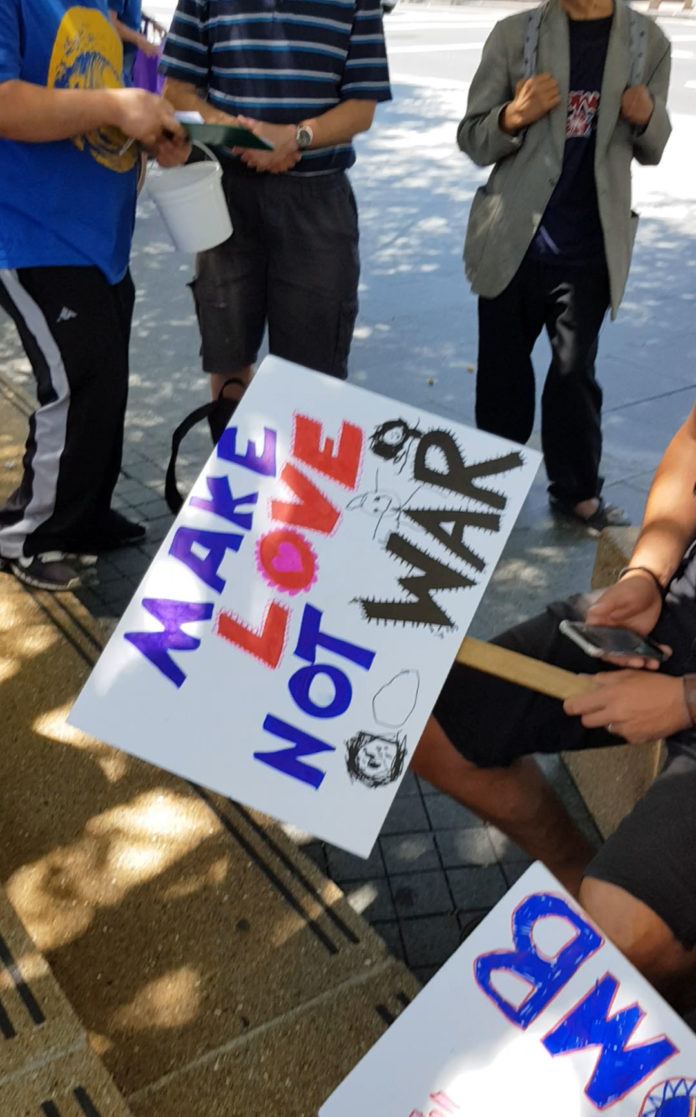 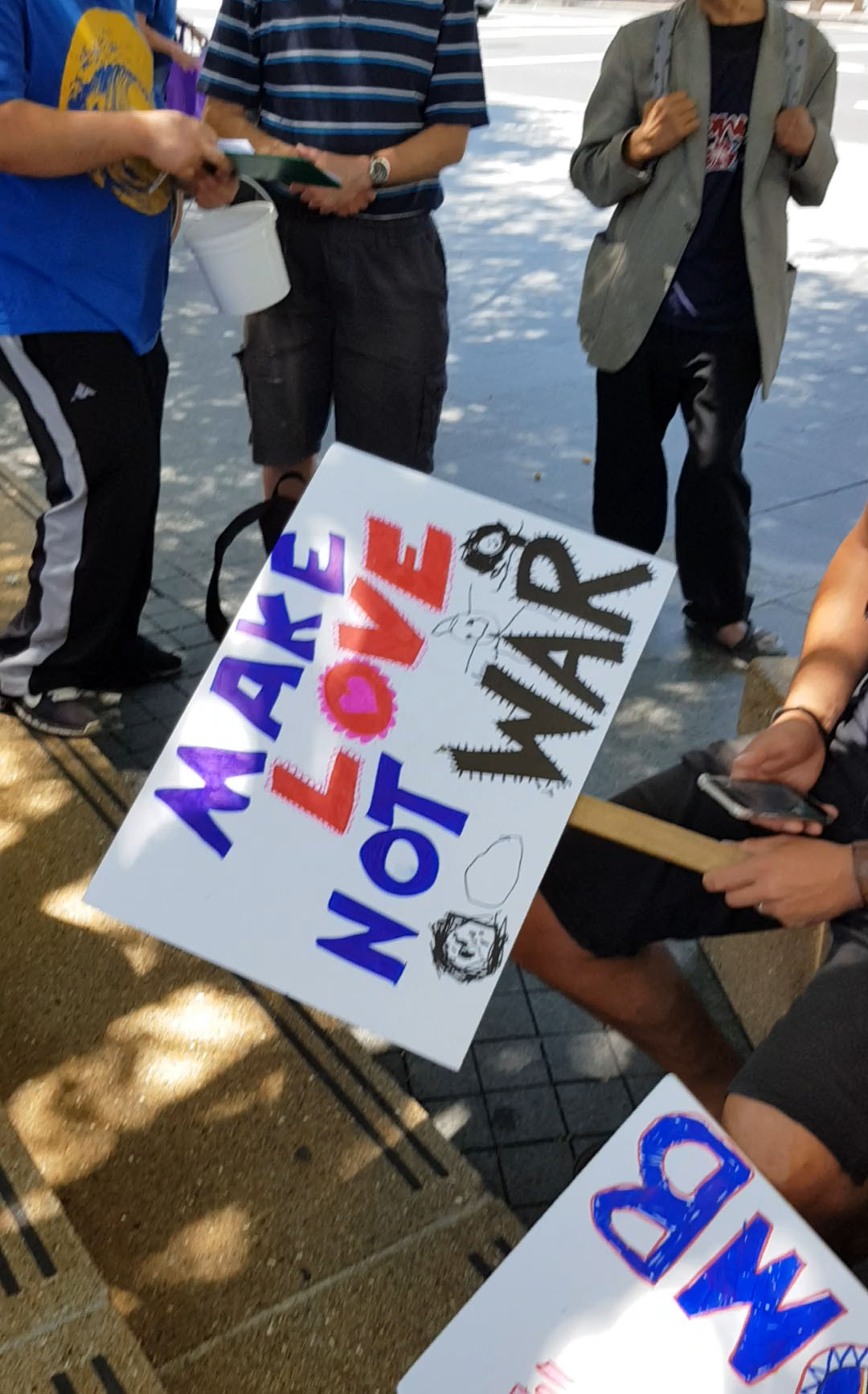 John Minto praises Iraqi protests against US aggression in the Middle East and calls for NZ troops to be recalled at a rally in Auckland’s Aotea Square today. Video: David Robie/Cafe Pacific

Hundreds were at the rally in Aotea Square in Auckland followed by a march to the United States consulate in protest over its “warmongering” in the Middle East.

Protests also took place in Wellington and Waihopai, the NZ spy base for the Western “Five Eyes” communications network led by the US.

READ MORE: ‘We want them out call’ Iraqi call over US troops

“Don’t Attack Iran”, “No war with Iraq or Iran!”, “NZ Troops out Now!” and “Shut down the Waihopai Spy Base!” and other slogans featured on placards at all three protests.

“We need to mobilise much bigger numbers than we did in 2003 – and I think we will.”

Minto said for NZ and other foreign soldiers to remain there in defiance of the Iraqi government’s recent request for them to leave was an “act of war”.

Minto, a co-founder of GPJA, now lives in Christchurch.

“Since calling this protest we have received endorsements from across New Zealand and as a result, GPJA has changed its name to Global Peace and Justice Aotearoa,” said Treen.

“We seek to link activists from around the country to build a strong movement for peace and justice.”

Those backing the protest include Iranian-born MP Golriz Ghahraman, Green Party foreign affairs, defence, and human rights spokesperson. who was unable to attend in person.

“My apologies and huge appreciation for the kaupapa of the anti-war march in Auckland, especially as a victim of American war profiteering in Iran and Iraq,” she told the organisers in a message of support.

View from The Hill: Nationals in crisis, with pressure on Michael McCormack’s leadership