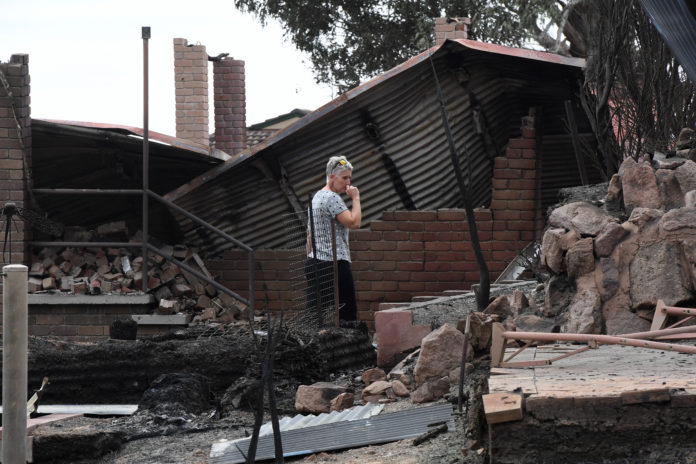 There’s been an overwhelming outpouring of love and support around the world for those impacted by the bushfires, from social-media donation drives to music concerts to authors auctioning off their books.

Sadly, but unsurprisingly, we’ve also seen a number of scams directed at those who want to help, as well as victims of the fires.

In recent days, the ACCC set up a hotline dedicated to the reporting of scams associated with the bushfire crisis. The agency notes some 86 scams have been reported since the fires started in September – and counting.

While it’s difficult to believe offenders would seek to profit from other people’s generosity and heartache, this is entirely to be expected.

What types of scams are common

Research has found natural disasters are a catalyst for increased fraud schemes globally. This was the case after Hurricane Katrina in 2005, the 2011 Japanese tsunami and the 2010 earthquake in Haiti, just to name a few.

In addition to the ACCC, several other consumer affairs agencies have issued warnings about these schemes.

The ongoing problem of fraud

The key element to fraud is lying for financial gain. Offenders will use whatever means possible to manipulate and deceive people into giving them money. This can involve obtaining money directly from a person, or by convincing victims to provide personal information to get cash through identity theft.

In charity frauds, offenders sometimes use the legitimate name of an organisation or individual to secure donations from victims, or they might use the pretext of a natural disaster or other negative event to obtain cash.

Harnessing the goodwill of strangers

Fraudsters use natural disasters in a variety of ways. They take advantage of our sense of sympathy and desire to help victims struggling through terrible events unfolding before our eyes. They also convey a sense of urgency aimed at convincing people to immediately part with their cash.

Importantly, offenders also exploit the fact people are highly motivated during times of disaster to donate money they ordinarily would not consider giving.

Read more: It’s not about money: we asked catfish why they trick people online

Social media can also be used by fraudsters in disinformation campaigns. As these posts are shared across platforms such as Facebook and Twitter, offenders can generate traction for their “charity” pitch before it is identified as fraud. By this stage, it can be too late.

Victims vulnerable in disaster recovery, too

It’s important to note the risk of fraud is not limited to the time of the actual disaster, or the immediate aftermath.

Many of those who have experienced loss or damage in the bushfires, for instance, face a long road to recovery and could be susceptible to scams at any time.

Research indicates negative life events can make a person more vulnerable to fraud. Those affected by the bushfires may find themselves the victims of fraudulent investment opportunities, romantic relationships and other schemes claiming to help them get their lives back on track.

For example, offenders may offer to assist with the negotiation of mortgage repayments with banks, obviously for a fee (large or small).

Protecting ourselves against fraud

There are steps people can take to protect themselves from scams as the bushfire crisis is unfolding – and into the future.

In the short term, it’s important to think about how we donate financially to those in need. There are many appeals that have been set up by registered charities and organisations (such as the Red Cross, the CFA, and the RFS). These are the safest ways to send money. Remember requests through social media channels and other platforms may not be genuine.

Importantly, the internet is not the only way offenders operate. Fraudsters still use the telephone and even face-to-face communication to collect money.

Read more: From catfish to romance fraud, how to avoid getting caught in any online scam

Only call organisations you have researched to donate money and always ask for identification from those door-knocking for donations. If in doubt, don’t feel pressured to say yes and simply hang up or walk away.

In the longer term, we also need to be aware fraudsters take advantage of people when they are isolated, so it’s important to rally around family members, friends and others who are facing significant losses and feeling alone.

We need to better understand how fraud works and acknowledge anyone can be targeted. We also need to be able to talk about our vulnerabilities more openly in our homes and communities.

Fraud is an ongoing challenge globally. The current Australian bushfire crisis is simply the latest way for fraudsters to target our generosity and cause additional grief.

– ref. Beware of bushfire scams: how fraudsters take advantage of those in need – http://theconversation.com/beware-of-bushfire-scams-how-fraudsters-take-advantage-of-those-in-need-129549