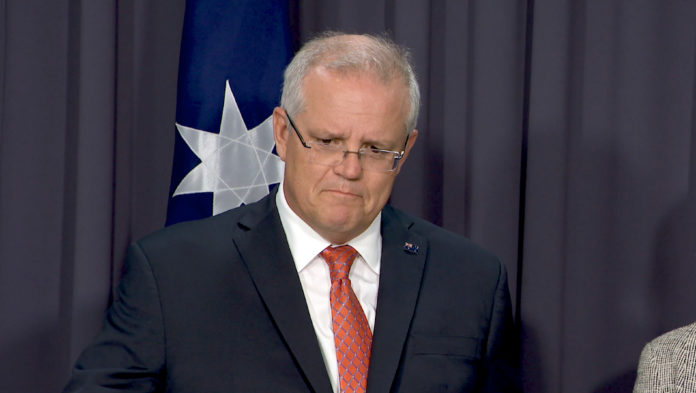 In the first Newspoll of the new year, Prime Minister Scott Morrison’s ratings have tanked as a result of his handling of the bushfire crisis.

The Newspoll, conducted January 8-11 from a sample of 1,500 people, gave Labor a 51-49 lead on a two-party preferred basis, a three point gain for Labor since the last Newspoll in early December.

Albanese also led Morrison 43-39 as preferred PM, a reversal of Morrison’s 48-34 lead in December. Apart from Morrison’s first Newspoll as PM following the ousting of Malcolm Turnbull in August 2018, this is the first time an opposition leader has led the incumbent PM on this measure since Tony Abbott was in office.

The bushfire crisis almost certainly explains the crash in Morrison’s ratings, but will this be sustained? As memories of a key event fade, people tend to move back to their previous positions.

As the US Democratic primaries and caucuses are about to begin, here are the latest polls from the US.

Three weeks before the February 3 Iowa caucus, the highly regarded Selzer Iowa poll, conducted for CNN and the Des Moines Register, has shown Bernie Sanders with a slight lead in the state.

No other candidate had more than 3%. The poll was conducted January 2-8 from 701 likely caucus attendees.

The last Selzer Iowa poll had Buttigieg ahead at 25%, but he is down to third place in the new poll. After the last poll, there was much media attention on the former South Bend, Indiana, mayor, but he failed to catch on nationally. This failure has probably contributed to loss of enthusiasm in Iowa.

There are four early state primary contests: Iowa, New Hampshire (February 11), Nevada (February 22) and South Carolina (February 29). Fifteen states and territories then vote on March 3, otherwise known as Super Tuesday, when 36% of the total delegates will be awarded. This date could be decisive to determining who will be the nominee.

As I have written previously, the two states at the top of the calendar, Iowa and New Hampshire, are largely comprised of white voters. As such, they do not represent the diversity of the Democratic electorate.

Biden is doing far better with black voters, who made up 61% of the South Carolina Democratic primary electorate in 2016.

A recent poll of black voters nationally gave a Biden a huge lead with 48%, with Sanders on 20% and nobody else in double digits.

Sanders and Warren, the two most left-wing candidates, are leading in the latest Iowa poll. One explanation is that Iowa is a caucus, not a primary. Caucuses are conducted by the parties and are time-consuming affairs that require voters to attend meetings where supporters make their case for candidates.

Primaries, meanwhile, are managed by the state’s electoral authority and operate like normal elections. As a result, caucuses have far lower turnout rates than primaries, and are more likely to be influenced by party activists.

In the 2016 Democratic presidential primary, Sanders performed far better than Hillary Clinton in caucus states, while Clinton performed better in most primary states.

The bad news for Sanders and Warren is that Democrats strongly encouraged states to use primaries this year. After Iowa and Nevada (February 22), only one state uses a true caucus, while four others have a party-run primary.

According to New York Times analyst Nate Cohn, 14% of pledged delegates were awarded by caucuses in 2016; this year only 3% will be. Left-wing candidates are most likely to be hurt by this change.

National Democratic polls and polls of other early states

In Nevada, the only poll conducted in January has Biden at 23%, Sanders 17% and Warren and Tom Steyer both at 12%. And in South Carolina, the only January poll conducted had Biden in the lead at 36%, with Steyer in a surprise second at 15%.

The last Democratic presidential debate before voting begins will be held on Tuesday night at Drake University in Iowa. Six candidates have qualified. There will be three more debates in February.

US jobs still good, but wage growth down

However, hourly wages grew only by three cents in December, and the annual hourly wage growth increased by just 2.9% – the first time it has been below 3% since July 2018.

We do not yet have the inflation report for December, but inflation increased 0.7% in October and November. Higher inflation undermines wage growth.

The US uses two surveys for its jobs reports. The number of jobs gained and wage growth are based on an establishment survey, while other statistics are based on a household survey. In December, the household survey was steady for the three most important indicators: unemployment at 3.5%, labour participation rate at 63.2% and employment population ratio at 61.0%.

The strong jobs reports and the fact the Dow Jones surged to near 29,000 are good news for President Donald Trump. The economy represents Trump’s best chance of re-election in November.

In mid-December, Trump’s ratings rose to their highest since the very early days of his presidency. His ratings have since fallen by two to three net points since then, perhaps owing to the conflict with Iran.

In the most recent national head-to-head election polls, Biden led Trump by 4.5% in the RealClearPolitics average, Sanders led Trump by 2.6%, Trump led Warren by 0.2% and Trump led Buttigieg by 1.2%.

These polls were taken in early to mid-December, when Trump’s ratings were at their peak.