The case for a complete relocation of Auckland’s Waitematā Harbour freight port is far from established. Nevertheless, Auckland will grow over the long term, and the freight operations need to move away from the area close to the downtown Ferry Terminal.

This area should become like Sydney’s Circular Quay. The question is: where is Auckland’s equivalent to Sydney’s Botany Bay? This question has become pressing, with Prime Minister Ardern declaring that the port must shift.

There is another option that should be added to the present list of options. The option is Māngere Inlet, the portion of Manukau harbour between Māngere Bridge, Southdown and Ōtāhuhu; Port Southdown.

A ship canal in Auckland is not a novel idea. The first formal proposals for such a canal date to around 1850. The debates peaked in the 1900s’ decade. Legislation preserving land‑rights for such a purpose was eventually repealed, in 2010. It was in the 1890s that the Manchester Ship Canal and the Keil Canal were built. The first Welland Canal in Canada – which allows ships to bypass Niagara falls – opened in 1829. The present Welland Canal was completed in 1932, and carries trans‑Atlantic as well as domestic shipping. In April this year, I enjoyed a stay in the old Pilot Lodging which overlooks this ship canal at Port Colborne.

In September 2019, Lisa Truttman published The Canal Promoter, available from:

Ms Truttman outlines the various canal proposals, in the context of an account of the life of one of the most prominent canal promoters, David Bruce Russell. The booklet is an important addition to the growing body of material exploring Auckland’s history. For my purposes here, however, I will just cite Truttman’s final paragraph:

Today [2019], there still exists a Local Purposes Reserve (Canal) along the old line delineated in 1850 from the Ōtāhuhu Cemetery on one side and the Portage Canal Foreshore Reserve on the other at the Tāmaki River side, bisected by Great South Road, and ending at Saleyards Road. Much of it is used by adjoining buildings encroaching onto it, carparks, storage yards and the like. With the repeal of the 1908 Auckland and Manukau Canal Act in 2010, there is no intention of land being taken … under the Public Works Act, for a canal. So, the reserve at Ōtāhuhu remains, more or less, simply as a historical anomaly.

These historical proposals all differ,  in one major respect, from my Māngere Inlet proposal. Past writers saw such an isthmus canal as a means of access to the Waitematā from the west. They were not at all envisaging a day when the Waitematā port itself might need to be disestablished. Rather they wanted to shorten the sea routes to Auckland from Australia and from the South Island. And – before the Panama Canal – the main sea route from the United Kingdom. Indeed, in the 1900s most passions were exercised over where the canal should be, not whether it should be. The route through New Lynn – though requiring more earthworks than Ōtāhuhu – would have created a more direct shipping route from the Manukau Heads to Port Waitematā.

The economic case for a canal to solve this Auckland access problem diminished with the growth of the railways and the motorways, and more latterly, with the growth of international trade with Asia. Further, the once important coastal shipping industry became only a faint shadow of its former self.

My proposal is for Māngere Inlet as an east coast harbour. The reserve at Ōtāhuhu should remain reserved.

The proposal is that a new Auckland port be created in Māngere Inlet, through the construction of a dyke to the west of the inlet (the site of the old Onehunga bridge could have been a possibility), and a ship canal to the east, presumably at the site of the Ōtāhuhu portage. While a Tāmaki canal itself would be quite small compared to the foreign canals cited – therefore not über‑expensive – other substantial costs would be the re‑acquisition of land, and the construction of tunnels and bridges to allow existing roads and rail lines to cross the canal. There may also need to be a partial relocation of existing railway infrastructure, and of the fuel pipeline to Wiri.

A possibility could be to have a lock running through the dyke. However, there are already coastal shipping facilities at Onehunga. Container transhipment by land from Onehunga to Southdown should not be a problem. The new (low) Māngere Bridge, for which construction started last month, would be incompatible with shipping. Rather, the Māngere side of this facility is intended to have a recreational focus.

The Operational Benefits of the Māngere Inlet site:

In a future low‑carbon world, shipping and rail will need to displace road haulage. It means that there will be a substantial revival of coastal shipping, given the constraints on rail expansion in New Zealand. A Tāmaki canal – giving Auckland a new east coast port – can facilitate coastal transhipment between Auckland, Northland and Bay of Plenty.

I expect that there will be a need for ongoing dredging of Māngere Inlet. However, with no river outlets into the new harbour basin, the accumulation of silt may not prove to be the major problem it is in many foreign ports.

These are the cost of construction (canal, dyke, and new port facilities), of initial dreging, of land acquisition, and of building new road and rail links under and over the canal. (And maybe a railway over the dyke – from Onehunga to Middlemore – with a branch to the airport.)

While probably higher than for the other options, these costs may not be much higher if the other options are costed properly. For example, the costs to the residents of West Auckland that would arise from intensive rail and road freight construction (and operations) from Northland would need to be properly included in the Northland option that the present government appears to be favouring.

A Tamaki‑Southdown‑Māngere proposal – such as that outlined here – should be included as an option for a relocation site for Port Waitematā. The comparative cost‑benefit analysis should be equitable, with due consideration for differences in the long‑term operational benefits and costs, with transport sustainability – impact on climate change among other things – firmly in mind. 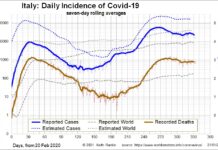